The news floated through and beyond Granger Stadium, absorbed by a group of St. Thomas students and community members who viewed the information with their eyes, shared it on iPhones, repeated it aloud with their voices, barely believing it with their ears.

“Seriously?” was the chorus singing to the verse when the latest raucous Round-Up fundraising totals reverberated throughout campus.

The frantic first March Friday brought the traditional crescendo and revealed that Eagle scholars raked $525,028 in raffle ticket sales – crashing the half-million dollar mark for the fourth consecutive year, raising the recent seven-year mark to $3 million, with all monies annually and always devoted to St. Thomas tuition assistance, a Basilian practice which dates for 92 years. 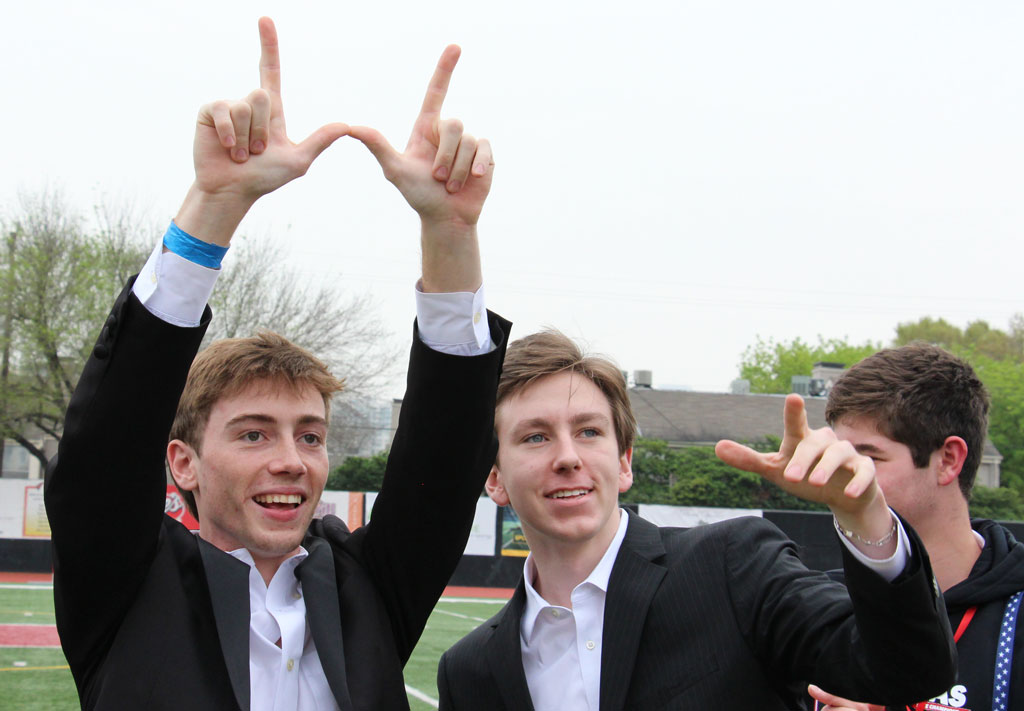 Incredible and genuine and organic.

And in typical St. Thomas fashion, an aggressive final tick push rushed sales past ambitious goals with a striking statement of Eagles coming to the aid of their fellow Eagles. Faculty members Casey Johnson ‘05 and Grover Green ‘04 again proved to be the two driving forces who inspired, prodded and cajoled the driven committed student body to an ab fab finish.

“I applaud the leadership of Casey and Grover and these seniors who decided every single day to extend a little further, find one more contact, sell one more book, bring in one more check, and that’s how we reached this kind of total,” President Fr. James Murphy, CSB says. “Every single quota counts. And that’s the mantra.” 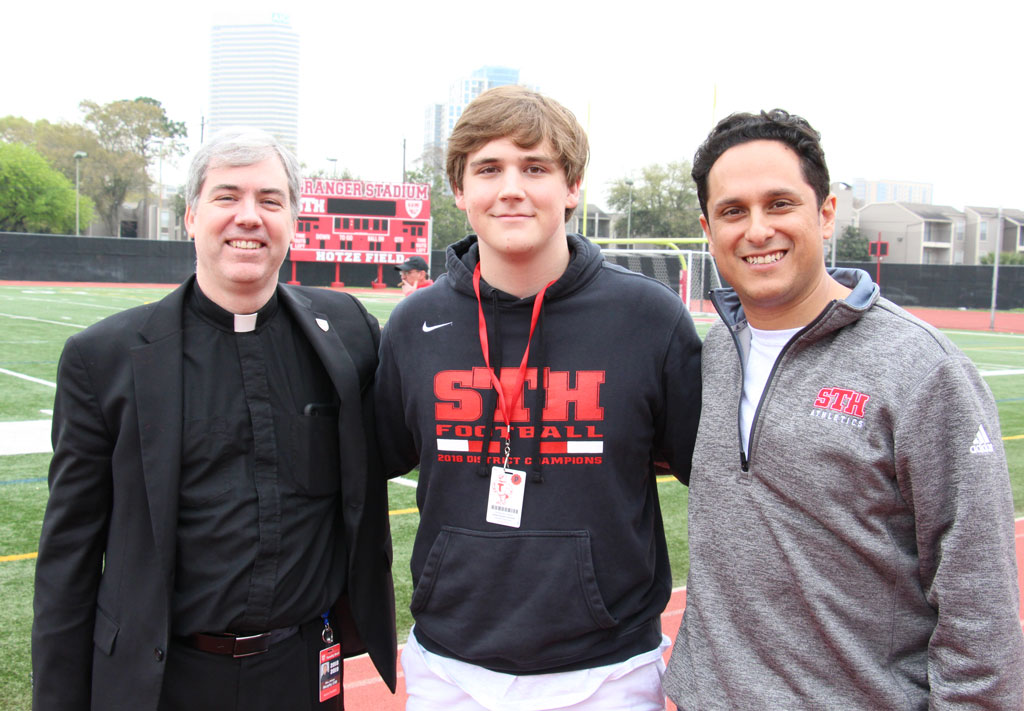 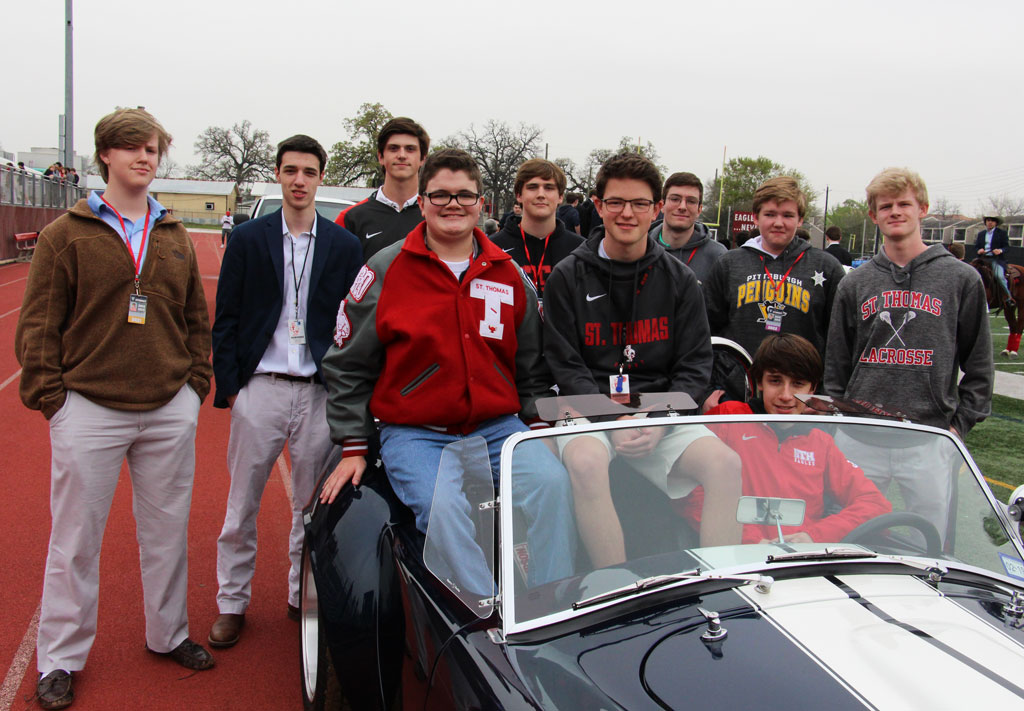 “These dollars support the day to day life of our school,” Fr. Murphy says. “Without the students who otherwise would not be attending, you wouldn’t have St. Thomas. Our guys understand that. I see those who are receiving assistance working tirelessly to make these results happen right alongside their Eagle brothers. That speaks to the depth of their collective character and what they want St. Thomas to be.” 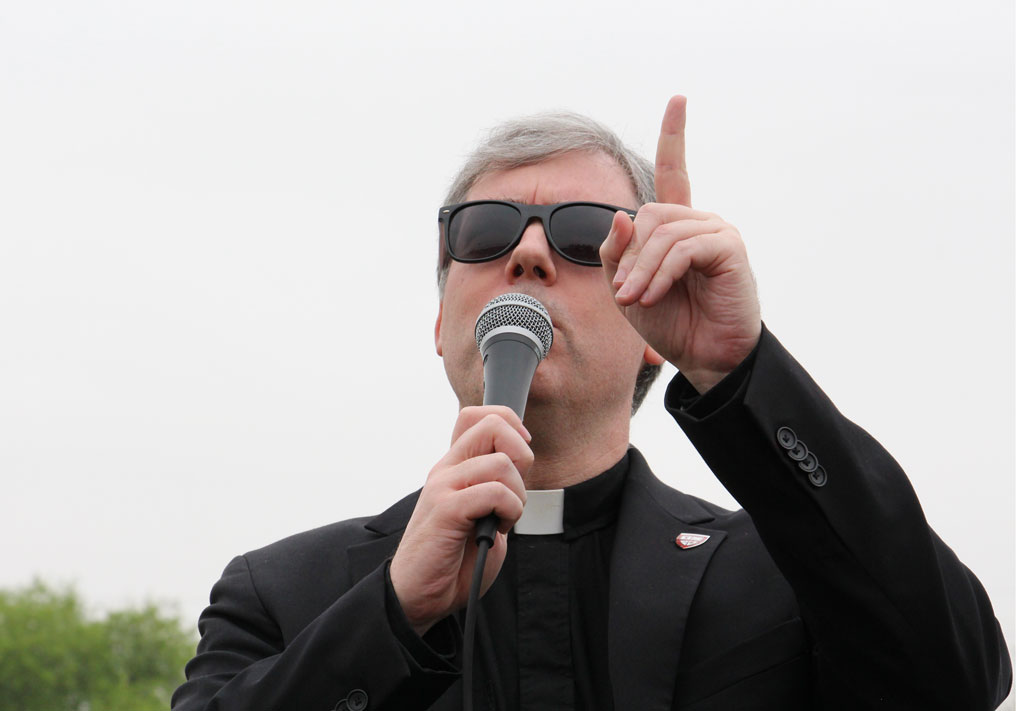 Within weeks of Fr. Murphy being appointed as the third president of St. Thomas, he beamed with particular pride and burbled with appreciation – the first Round-Up on his watch registering as a resounding success.

“One of our students in the counting room said, ‘I thought this would be more glamorous.’ The process is not. It’s work. It’s a responsibility supporting a legacy. And what our group consistently understands at the end is that the work matters. And for me, the satisfaction is that of a job very well done.”

In what has become a lasting family tradition, an unassuming Hotze has again swung the resounding Round-Up hammer. In 2018, Brendan churned $22,469 to head the sales parade in the immediate wake of his older brother David ‘17 establishing the pulsating pace each of his four years, punctuated by a jaw-dropping $62,970 total as a freshman.

“I just try to do my best,” Hotze ‘21 says. “I know that whatever I can do does help. What matters most is what we achieved as a group and that brings us closer as a community and together as a whole.”

A dozen Hotzes have preceded the behemoth Brendan through STH including his father, David Neill ‘75. In proving yet again there is truly no heavy Round-Up hitter like a Hotze, Brendan applied pure unadulterated “persistence” in setting the latest individual standard.

“I call prospects every single day, 10 times total if that’s what it takes to get a response,” Hotze says. “I ask if they can commit to $2,500. I get a lot of no’s … also got a check for $5,000 when I asked for half that. I emphasize that St. Thomas isn’t meant for a single kind of student. We’re every background, every social tier, every income level. The raffle purchase provides that opportunity. Maybe you’ll win a (2019 Toyota Tacoma truck). You absolutely will help someone experience St. Thomas.”

And nowhere in creating an environment for excellence is the Basilian motto Teach Me Goodness, Discipline and Knowledge more alive and in full force.

In the last decade, Eagle students have embraced what was great and made it greater. Not in pursuit of recognition or acclaim but for the total measure of the St. Thomas Basilian mission.

In 2014, the staggering $63k from Hotze ‘17 was the largest single stake in a total that shattered the previous St. Thomas standard set the previous year.

In 2015, Hotze ’17 and Domenic Patronella ’16 were one-two in sales for the second consecutive year in another record-smashing rendezvous. 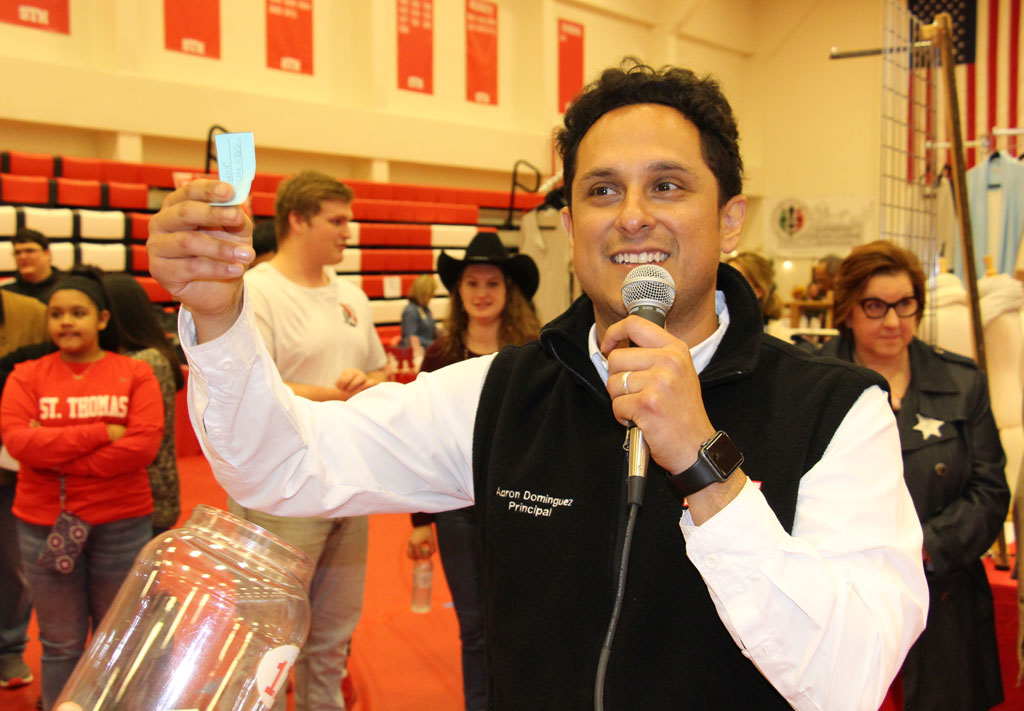 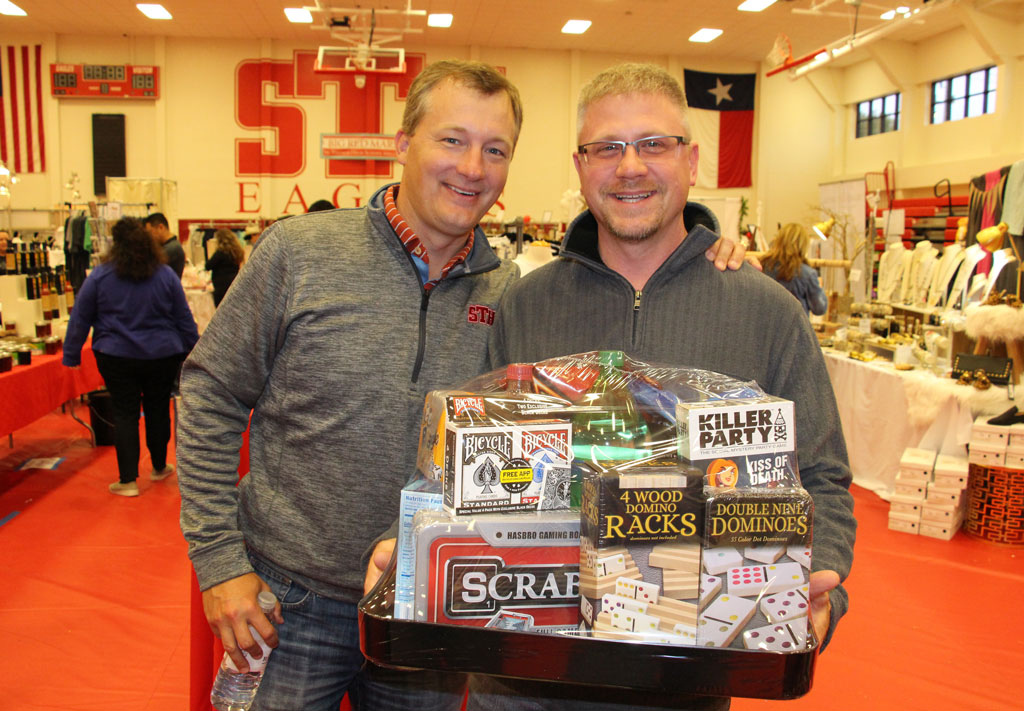 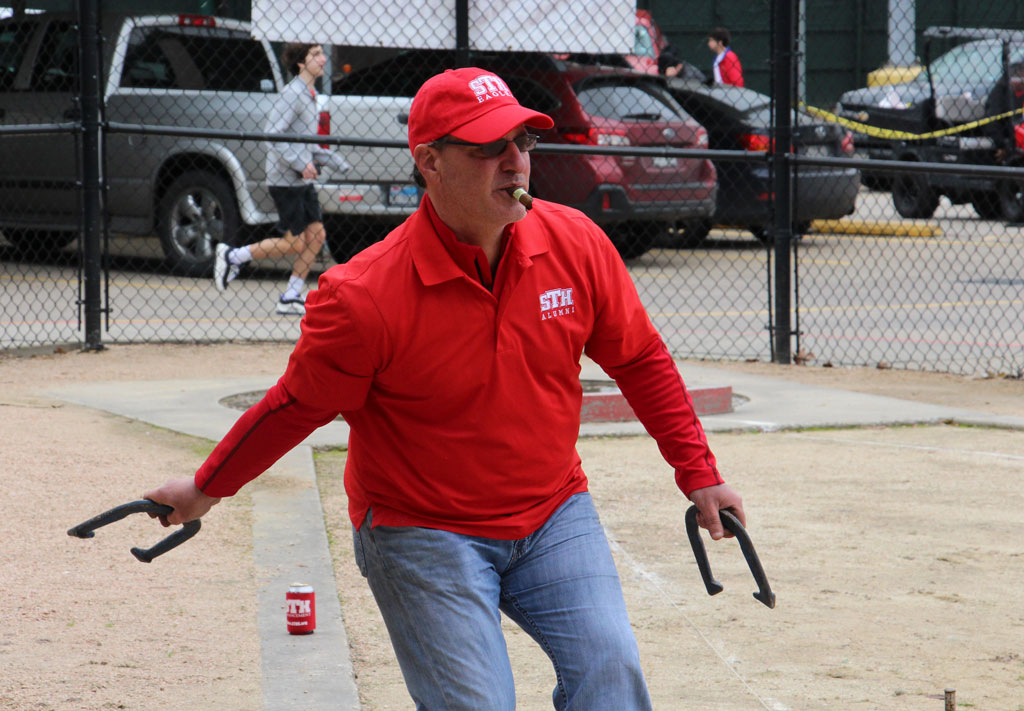 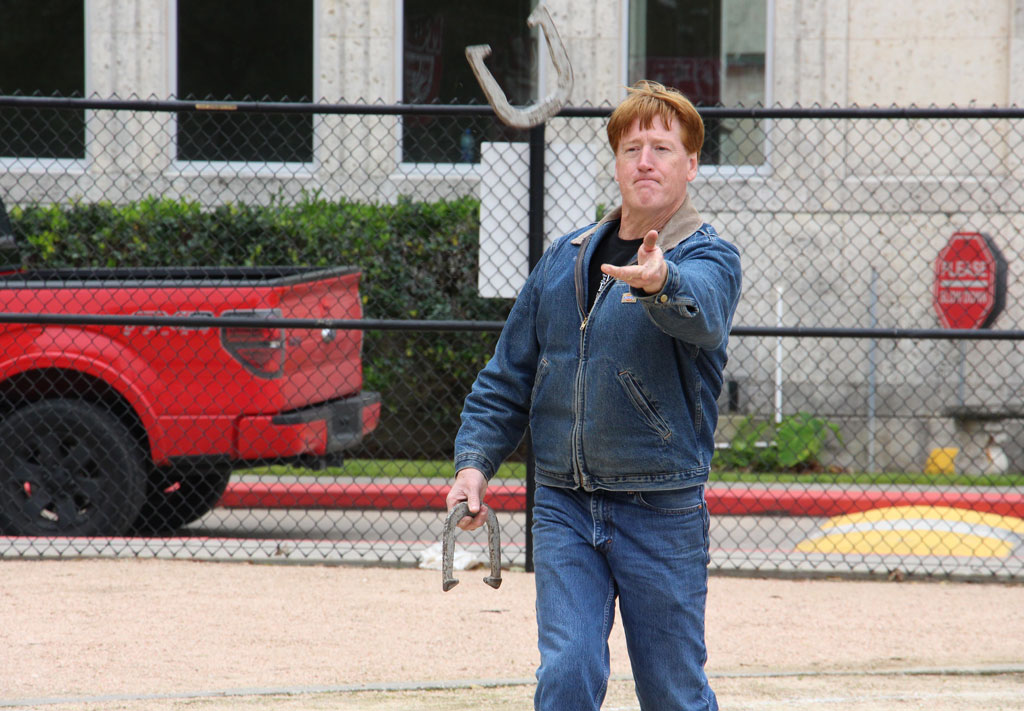 Forty-eight hours following the latest revved up Round-Up result, the Sunday campus celebration culminated with family, food, fun and friendship – an inspiring event co-chaired by Monique Jenkins, EJane Hughson Myers and Dena Skucius. St. Thomas past, present and future converged. Visiting alumni were reminded in their hearts that no matter where they live, what they do or how long they’ve been away, the St. Thomas that means “new home” will always be there – and will always be theirs. 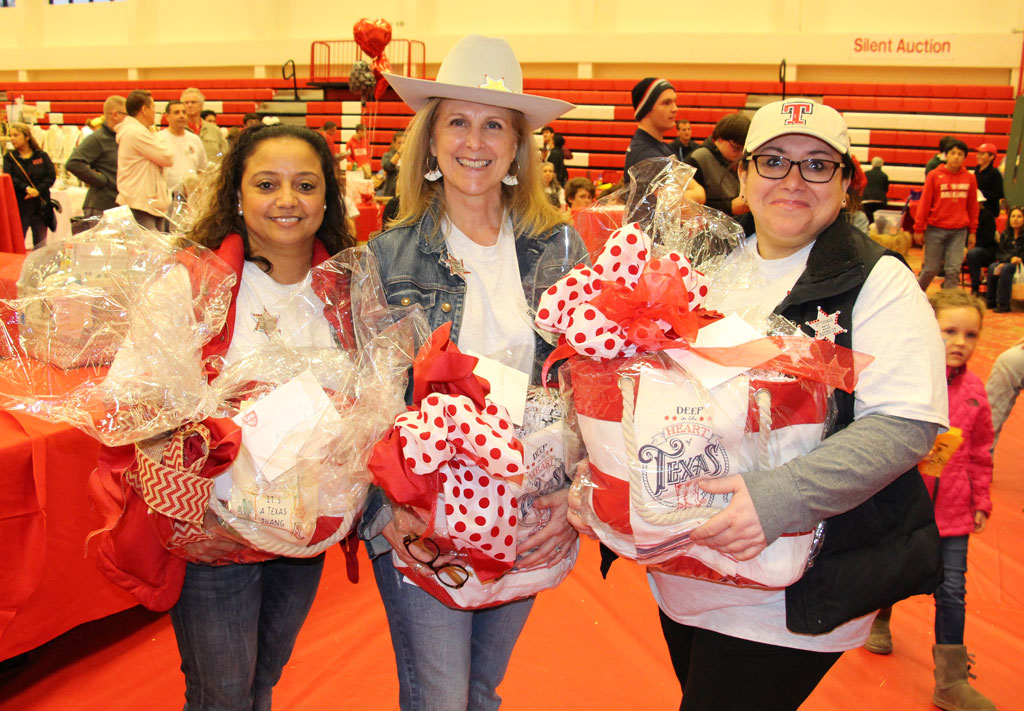 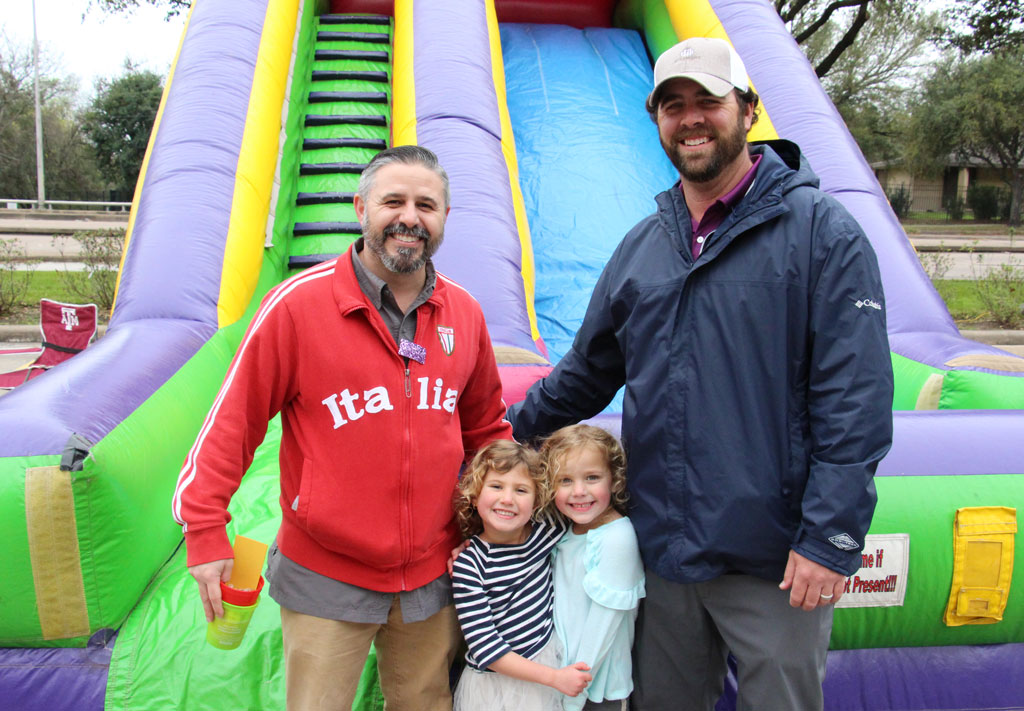 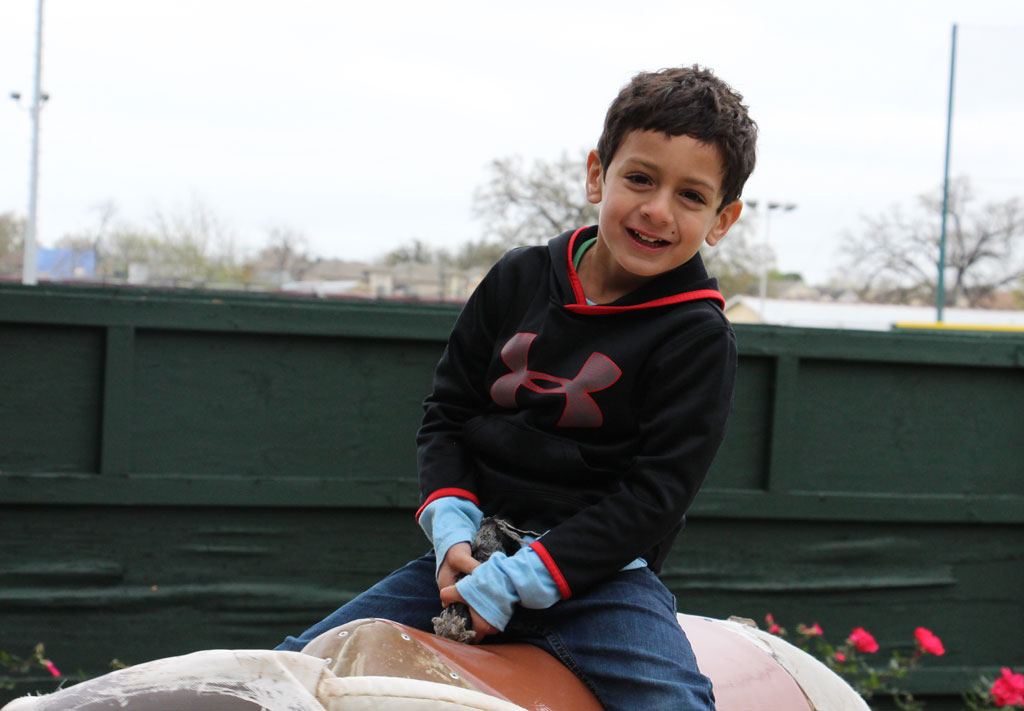 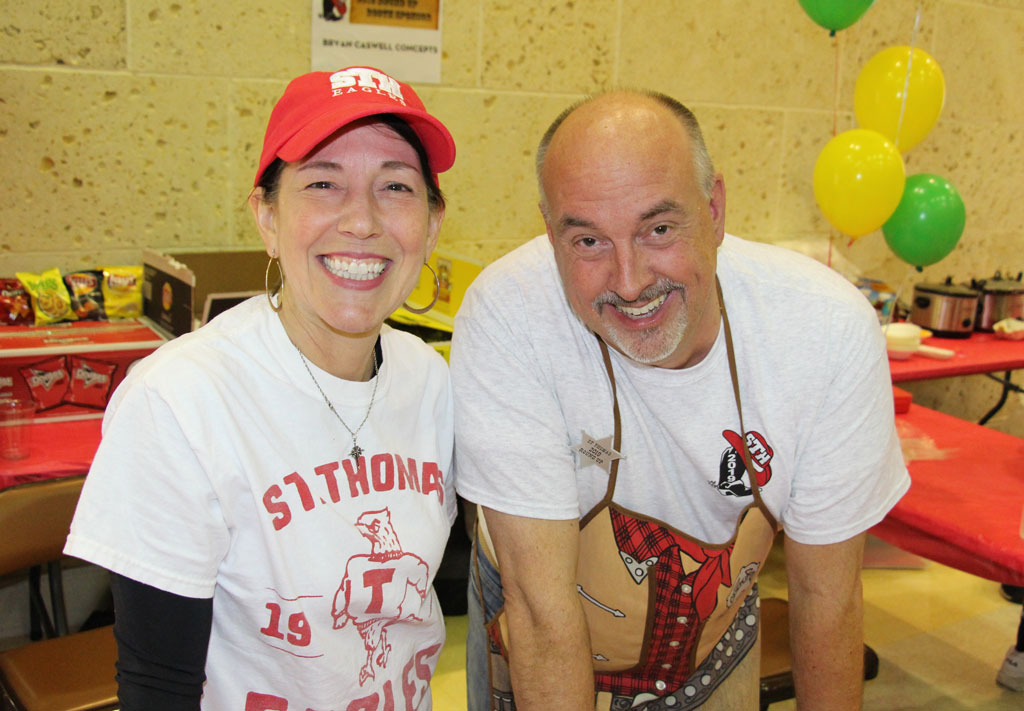 Eagles bonded by an unbreakable brotherhood that neither time nor distance can diminish.