The 5-2 victory at Fr. Wilson Field on Senior Night was the 100th career win for Ryan Lousteau as the St. Thomas head coach and clinched the district’s second-place seed for the TAPPS Division I state playoffs which begin May 4.

Borland outdueled Shane Baz, the 23rd rated MLB draft prospect by Baseball America, with a 102-pitch complete game, facing 27 batters, striking out two, walking two and holding TCL to only 1-7 with runners in scoring position while stranding four on base. 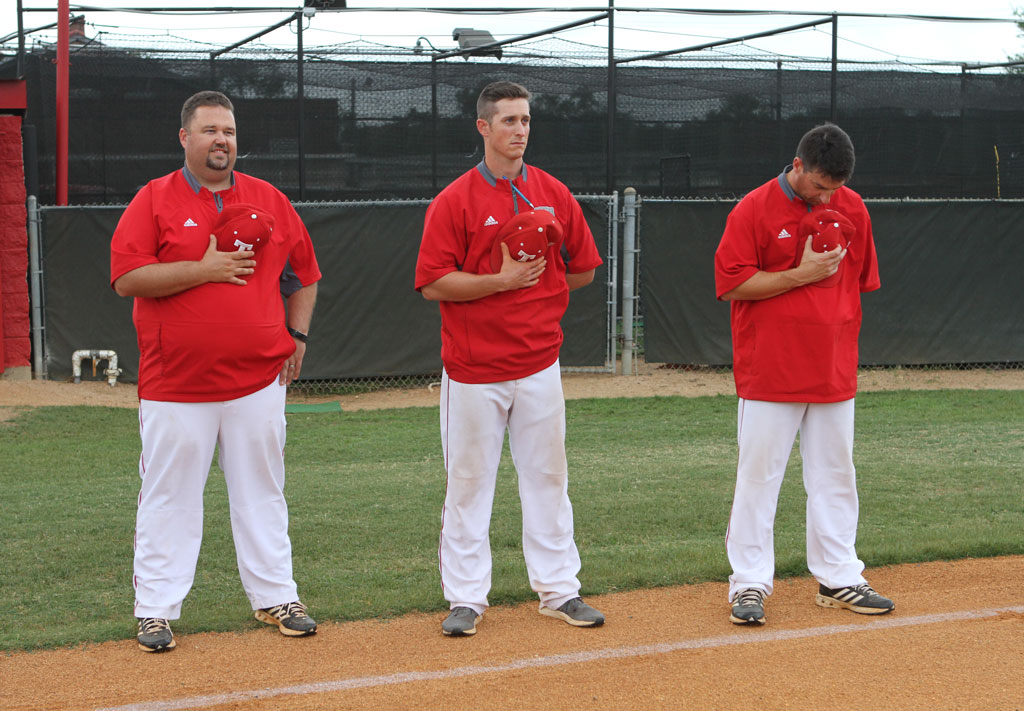 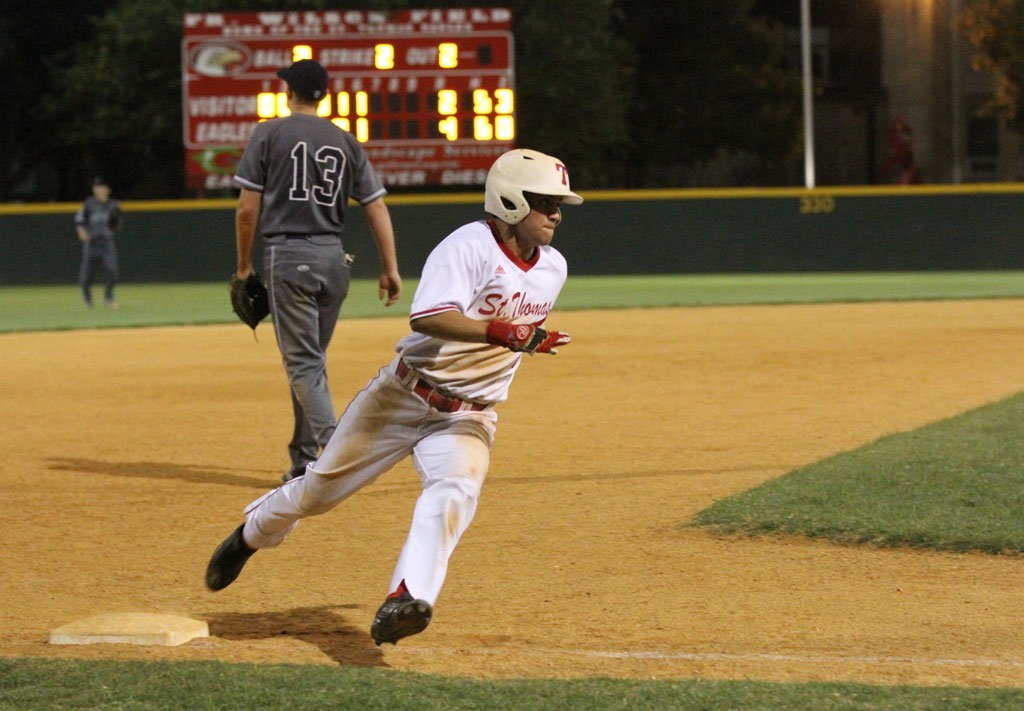 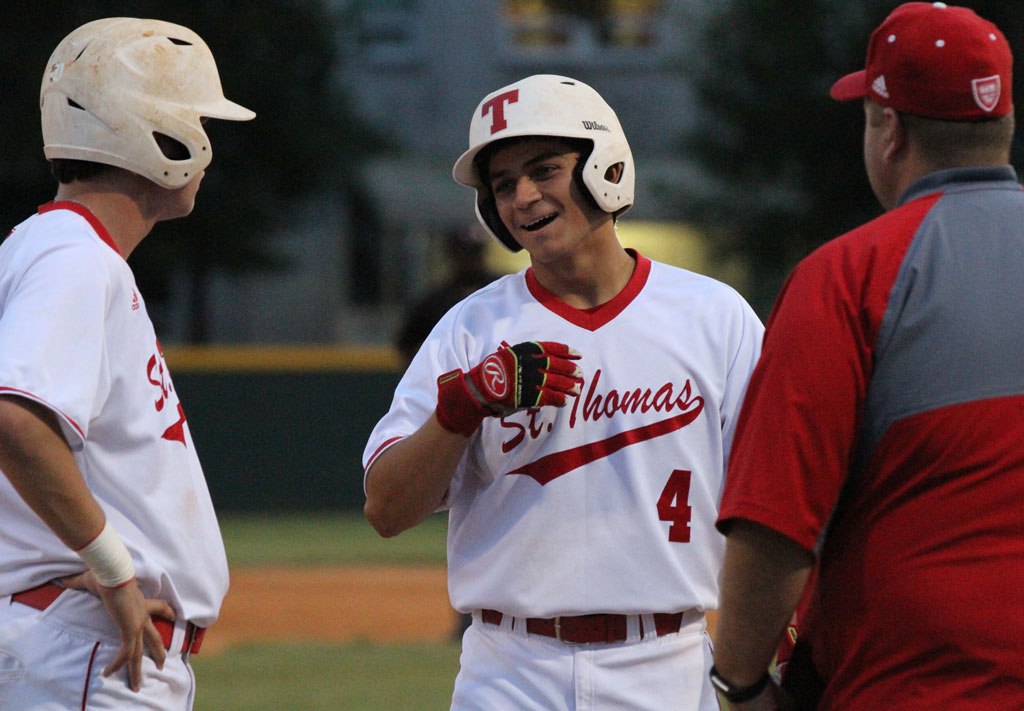 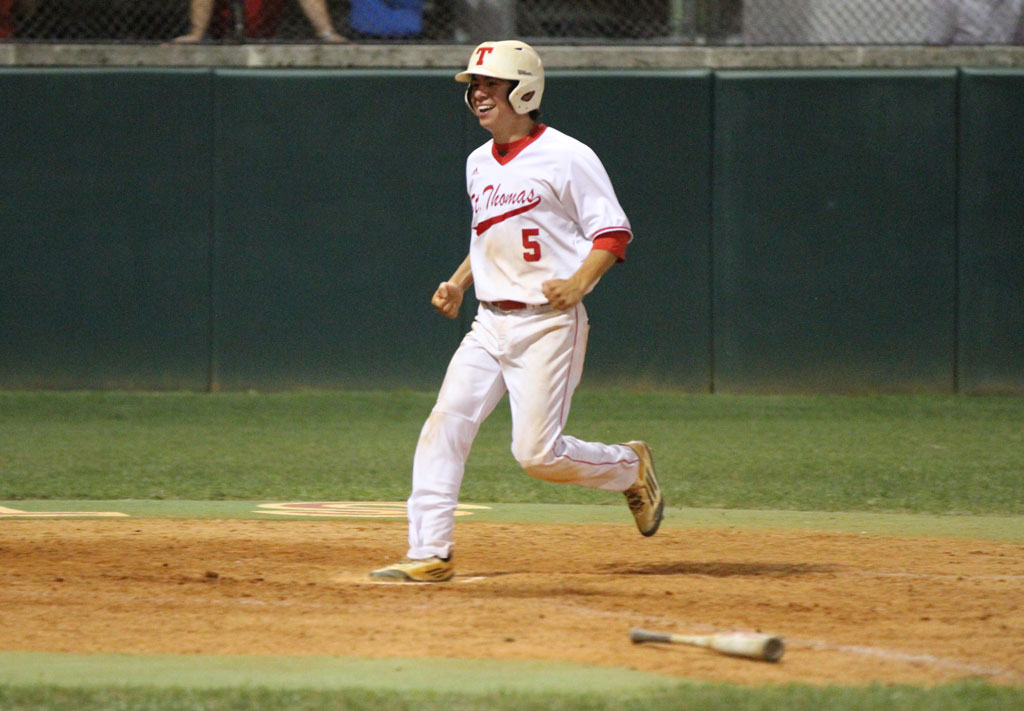 The Eagles made the most of their six hits, never trailing after a notching a single run in the fourth inning, breaking a 1-1 tie after scoring twice in the fifth and sealing the verdict with two runs in the sixth.