The annual St.Thomas Founders Mass brought a large dose of symmetry to an academic year still reeling from the remnants of Hurricane Harvey and the unprecedented punishing rains, torrential flooding and untold misery that inundated Houston and surrounding coastal communities.

A near two-week interruption that resulted in canceled campus activity was similar to the school’s inaugural year delayed in the immediate wake of the Galveston Hurricane of 1900, to this day one of the worst recorded natural disasters ever to strike the North American continent.


The deadliest hurricane in United States history delivered a high-water mark of nearly 20 feet and wickedly high winds which destroyed a third of the city with an estimated 10,000-12,00 casualties for the entire island. 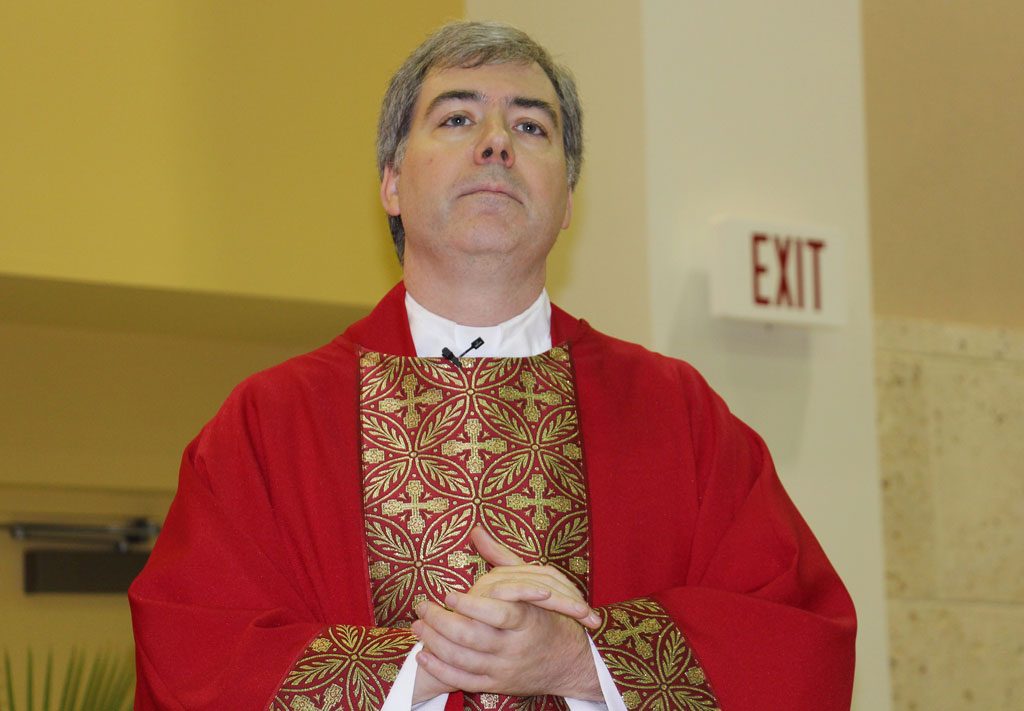 Principal celebrant and assistant dean of students Fr. James Murphy, CBS weaved a narrative that connected St. Thomas from its inception in 1900 to the present 76-year identity at 4500 Memorial Drive, punctuated by the power and influence of Father T. P. O’Rourke, CSB.

When three Basilian priests establish St. Thomas College more than a century ago, the school was originally housed in downtown Houston at Franklin Avenue and Caroline Street before moving to a location at Austin Street and Hadley, constructing the city’s first College Preparatory School for boys.

In 1930, Fr. O’Rourke emerged as a visionary securing the school’s future growth and strategic position, the driving force to acquire land three miles from downtown at what was then the end of Memorial Drive on the north bank of Buffalo Bayou.  It would require another decade before classes would be conducted at the current address.

The first Texas-born Basilian would later initiate the land purchases for the University of St. Thomas in the Montrose, and St. Anne’s Catholic Church at Westheimer Road and Shepherd Drive.

In honoring the 118th year of Houston’s Basilian mission rooted in the motto derived from Psalm 119 … Teach Me Goodness, Discipline and Knowledge … Fr. Murphy explained in his homily that Fr. O’Rourke “was repeatedly asked to raise new places for Catholics to gain an education.  To raise up.

“During Hurricane Harvey … as the waters rose … what we saw rising along with the waters was goodness … always at the heart of Father O’Rourke’s teaching.  He was known to say daily to his students … don’t let them fence your goodness in.  Those words reverberated through the halls of St. Thomas College downtown and became the foundation of these stones as well … don’t let them fence your goodness in. 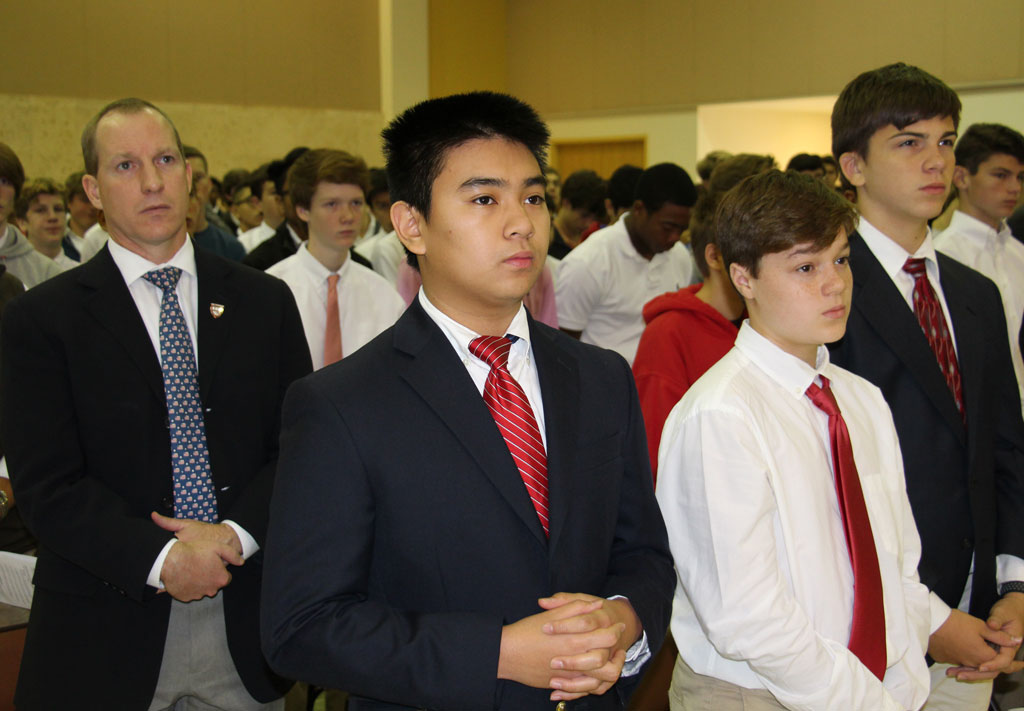 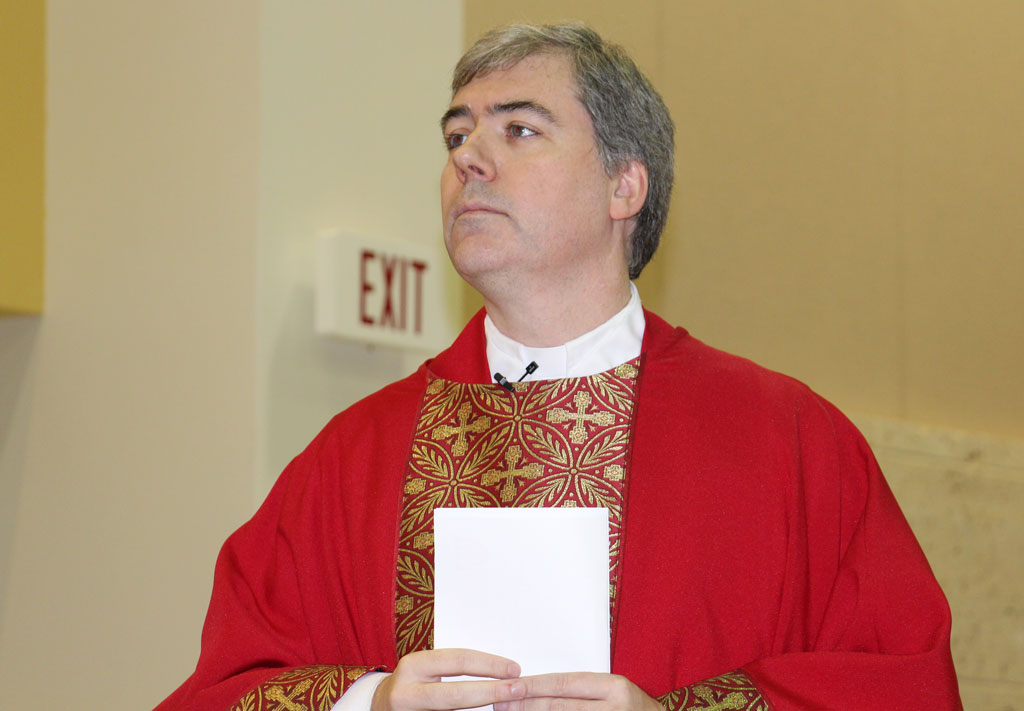 “And as the waters from Hurricane Harvey rose and destroyed … goodness could not be fenced in.  Time and time again we saw the goodness of the St. Thomas community … braving the circumstances to help neighbors, classmates, faculty members and absolute strangers.  Because their eyes were raised to see the needs of others.

“Now comes the challenge.  The waters have receded and the tendency can be to follow the water down and see only the aftermath.  But we are all called to keep looking up … as our hearts may still be heavy and burdened by the flooding and destruction … keep looking up with goodness in your hearts … and the foundation of St. Thomas will become even stronger.  Be the goodness that other people look up and see … then Father O’Rourke’s vision of building this school at 4500 Memorial will continue to live out.”