The acclaimed faculty member completing his 33rd academic year within the science and math departments at St. Thomas tackles a speed round of questions.

“I took a job with Shell Oil as a geologist in Rocky Mountain exploration (at the Woodcreek Complex near Dairy Ashford in what has since been dubbed the Energy Corridor). I promised my wife Fran a real job after graduate school.”

Why the jump to academia?

“I wasn’t that happy at Shell … saw a posting in the Catholic Herald for a geology/math teacher at St. Thomas. Father (Charles) Christopher hired me (for the 1986-87 academic year). Have the same 6201(room). Started with six classes … three different preps … Geology … Algebra II … and Biology … average class size was mid-30s. I remember gazing out the window one day wondering what the hell have I gotten myself into.”

And how often during 30-plus years have you raised that very same question?

“Only occasionally (laughing). I still enjoy the young men and the importance of education … putting them on the right path to success … trying to instill what’s important in life and what they might expect in the future.

“I’ve learned two things. Students are impacted most by what you may say casually and not from the proverbial soapbox. And the only time you hear their success stories are during impromptu sightings in a Kroger parking lot. They say so much of what I had said had made such a difference.  I always tell them, ‘Thanks for sharing.’”

Your adventurer’s spirit has taken you to each of the 50 United States. Why?

“It just happened without any real intent. I was 22 and in New York when a friend bought a new van. He said, ‘Let’s go to Alaska.’ I said, ‘Sure.’ Told my mother I was going away for a few weeks. We drove 3,000 miles the first three days. Took the Alaska-Canadian Highway before it was paved. On the way home, visited Yellowstone and Grand Tetons (National Parks in Wyoming, Montana and Idaho).

“When I got married and had kids we bought our own van … would throw everyone and everything in the back … take off for camping trips during the summers. A Northern loop one year, a Southern loop the next.

“The stops just added up, each with a purpose, never to just check the box. Mount Rushmore in the Black Hills (South Dakota) … Acadia National Park and the Rocky Coast (Maine) … mansions in Rhode Island … Cape Cod … Big Bend … always an attraction … certainly always some geological reason to visit. That was the impetus.”

What was the final jagged piece of a very large jigsaw puzzle?

“Hawaii this previous Christmas. I didn’t really want to go but Fran said you have a choice. You can either stay home, put up the tree and all the ornaments, decorate the house … or go to Hawaii. I said, ‘Sold.’”

And months before you were part a much different quest. Why the mad dash to the Pacific Northwest for Great American Eclipse?

“Fran and I flew to Portland and met our sons Eric and Scott from Los Angeles. We settled on an Indian reservation about 100 miles north near Madras (a small agricultural city east of the Cascades) that offered the highest percentage chance of seeing the eclipse. Location, location, location.

“The experience is truly impossible to describe … the awesomeness … almost mystical. I had traveled to Nova Scotia for an eclipse in the early 1970s and knew what to expect. Fran and my sons were skeptical but I convinced them to go and they were awestruck. They’re already making the plans for 2024 (when some of the best viewing areas for the rare astronomical event will cut right through Texas).” 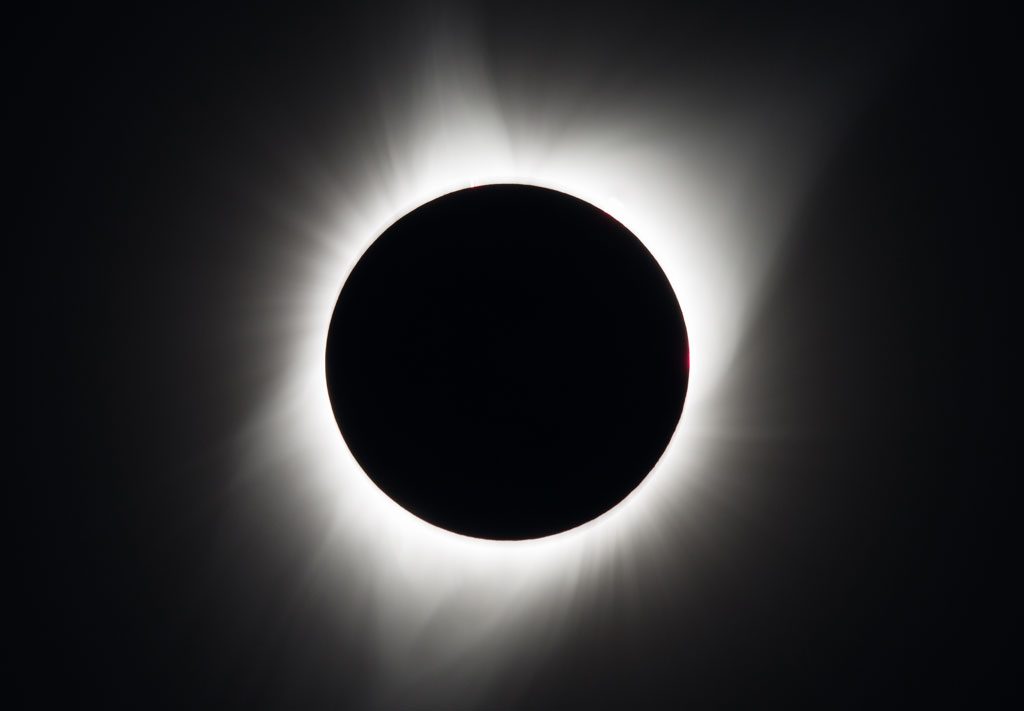 But the eclipse is a fleeting phenomenon, to say the least. A totality in a matter of minutes. Was it worth the effort?

“Absolutely. If it had been one minute it would have been worth it.”

What else have you collected along the way other than epic road trips, bucket list destinations and St. Thomas tenure?

“When I was 13-years-old I was a huge Yankees fan … the final years of their dynasty … Mickey Mantle … Whitey Ford … Ralph Terry … Bobby Richardson … Tony Kubek … Moose Skowron. And the Mets had just come into the National League as an expansion team (with the Houston Colt 45s). So I decided to collect the entire 1963 Topps baseball card set. Bought one individual pack (of five-six cards) at a time. Sometimes Woolworth’s would have a super pack (before the term became political) … maybe 30 cards. Roger Maris was no. 1 on the checklist and the hardest to find but I eventually got all 800 cards. I bought one replacement card from Topps … Minnie Minoso … for 20 cents.”

Could there be more to all this than Minnie Minoso?

“Much more. I’m working at the Smithsonian in D.C. on a pre-doctoral fellowship. The guy next to me mentions he collects baseball cards. I say, ‘Oh, I collect too. Have the ‘63 Topps set.’ He says, ‘I collect Bowman cards.’ I say, ‘Bowman, what the hell is that? Never heard of them’

“Turns out he has the complete 1954 Bowman set with one notable exception … doesn’t have (Boston Red Sox Hall of Fame icon) Ted Williams … one of the most valuable individual cards on the market.

“A few weeks later I was visiting my aunt in Brooklyn. In her basement for 15-20 years was a box with hundreds of random cards an upstairs neighbor had given me. He just walked into my room … threw all the cards in the air … said if you pick them up, they’re yours. So I’m sifting.  Turn over the final card. It’s the only Bowman. It’s Ted Williams. I almost fell on the floor. My co-worker was stunned. Of course, he offered to buy it. Obviously no way. Too valuable and the story way too good. Today the Bowman is worth $3,000-4,000.” 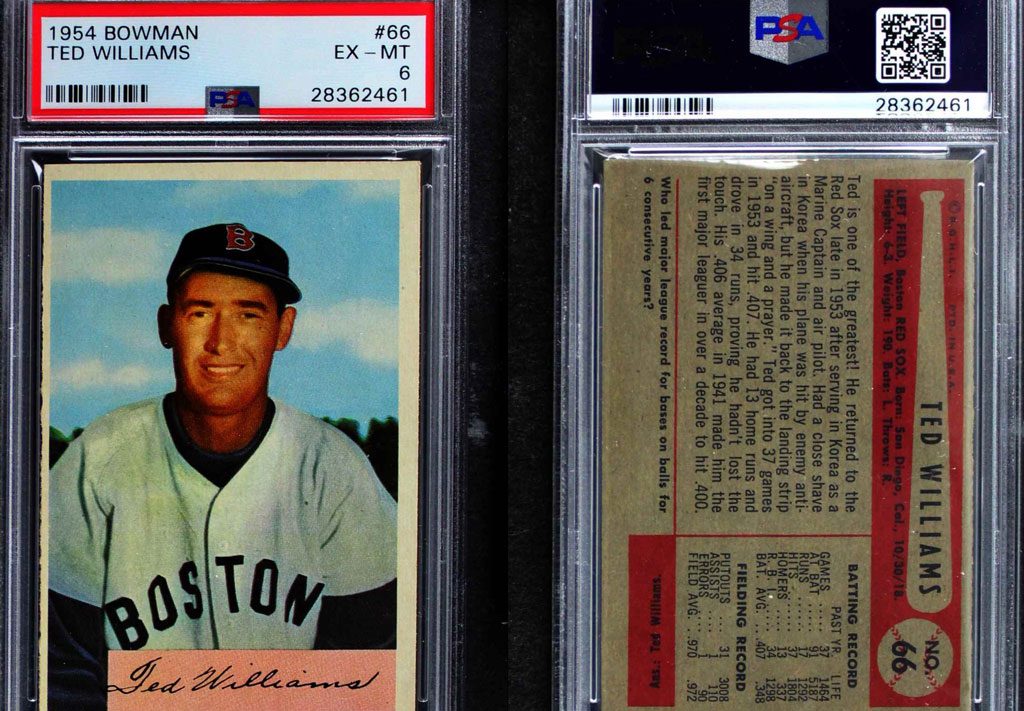 A grand slam ending that would make Ted proud?

“You better believe it.”