There is one road that will always remain the same.  It’s familiar. It’s comfortable. And its destination is somewhere never quite left.

For former Eagles, distant and near, it’s the road home, their home at 4500 Memorial Drive.

And for five luminaries a return in May carried the greatest recognition afforded a St. Thomas scholar-athlete – enshrinement into the institution’s prestigious Sports Hall of Fame.

The latest inductees along with the triumphant 1964 Eagle Football state champions were remembered and revered at a vibrant and supportive ceremony in Cemo Auditorium.

Alphabetically, the 2019 honorees were: 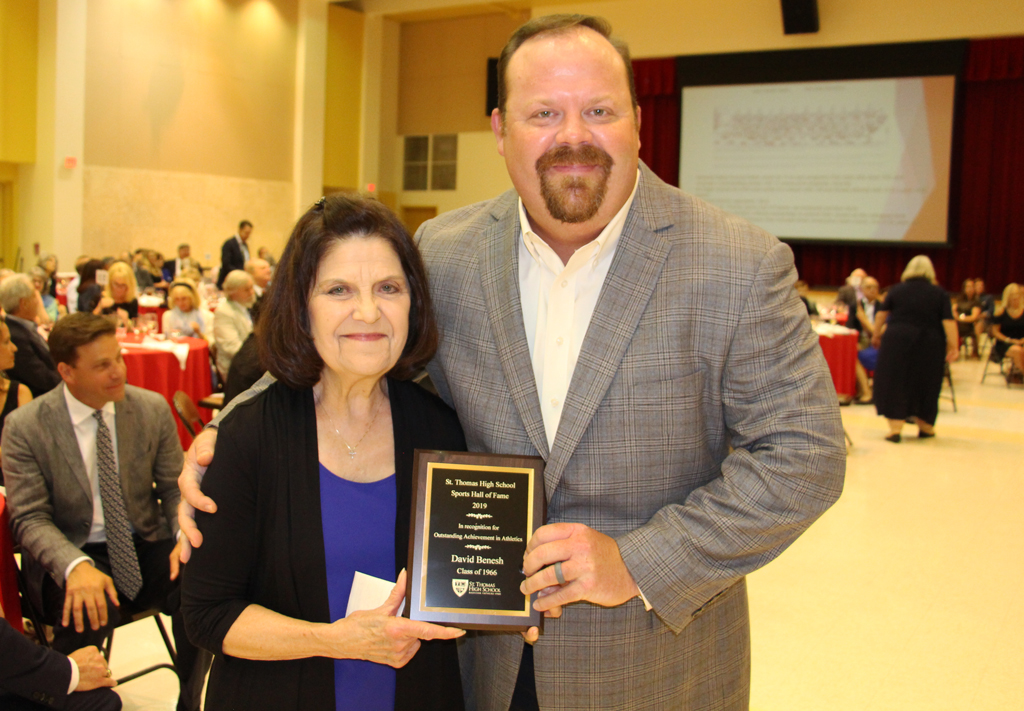 Benesh was represented by his wife Frances and his son Andrew. 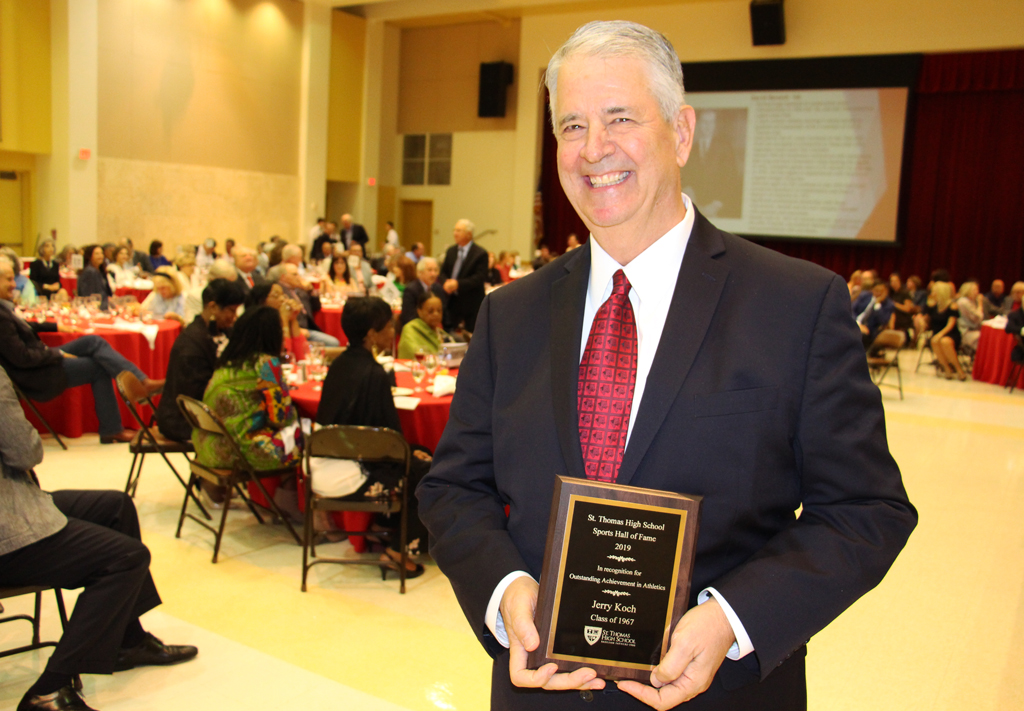 St. Thomas is not the only thing in all of our lives but it is the best thing in all of our lives.  And when we return to campus for whatever reason, we feel that love. My best friends to this day are my Eagle teammates and classmates.  We’ve embraced each other’s wives. The athletic experience is memorable but there’s so much more … the love, the friendships, the grace of Jesus Christ … that’s what rides out front.

We followed that 1964 team … had to rebuild … quarterback came back from injury … had a big late season surge … won a game on penetrations … repeated as state champs (in 1965) … just a blessed year. 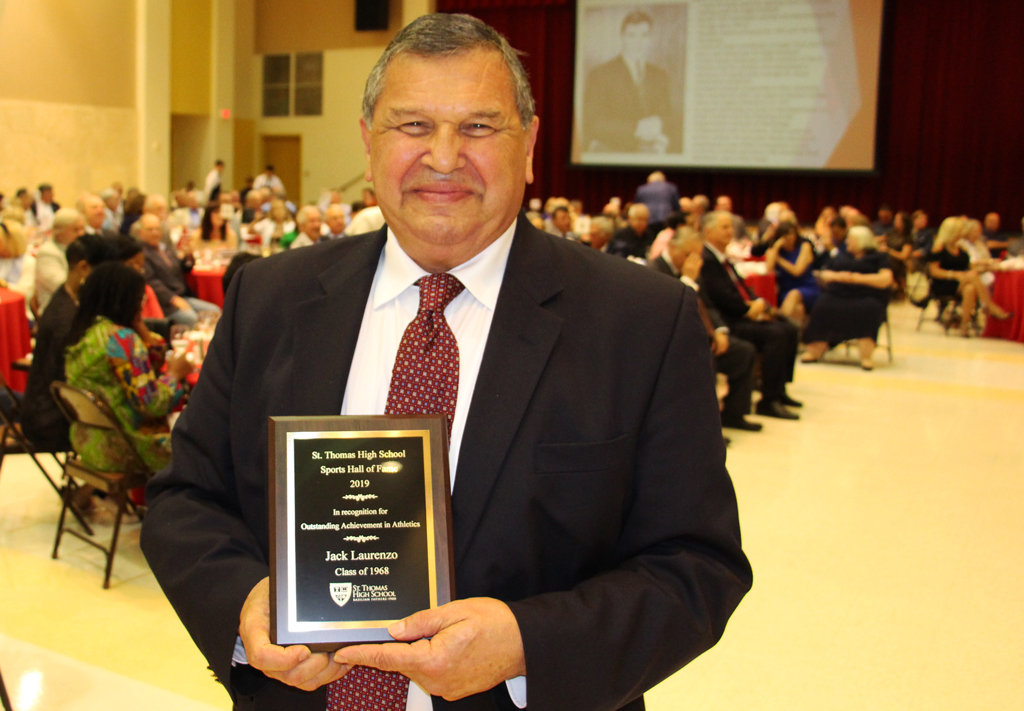 I was so enthralled with St. Thomas growing up … inspired by watching by brother Roland play.  I went to my father and told me I wanted to go nowhere else. He said, ‘Improve your grades (at then downtown Annunciation Catholic School, the oldest parish in Houston). ‘ My first true goal in life was to go to school here. And I’m sure if I gone to another high school I wouldn’t have been afforded the opportunities I was able to foster through St. Thomas.

I was the only sophomore on our state baseball championship team (1966) … hit the big time … very intimidating to be surrounded by such tremendous talent and very committed teammates who embraced me as a member of the team.  I wouldn’t trade those times for anything in the world.

Some of the greatest gifts I have are the friendships I have  from my years here. Who would have thought these relationships would last so long.  It’s such a great bonus in our lives that we have all managed to stay together. 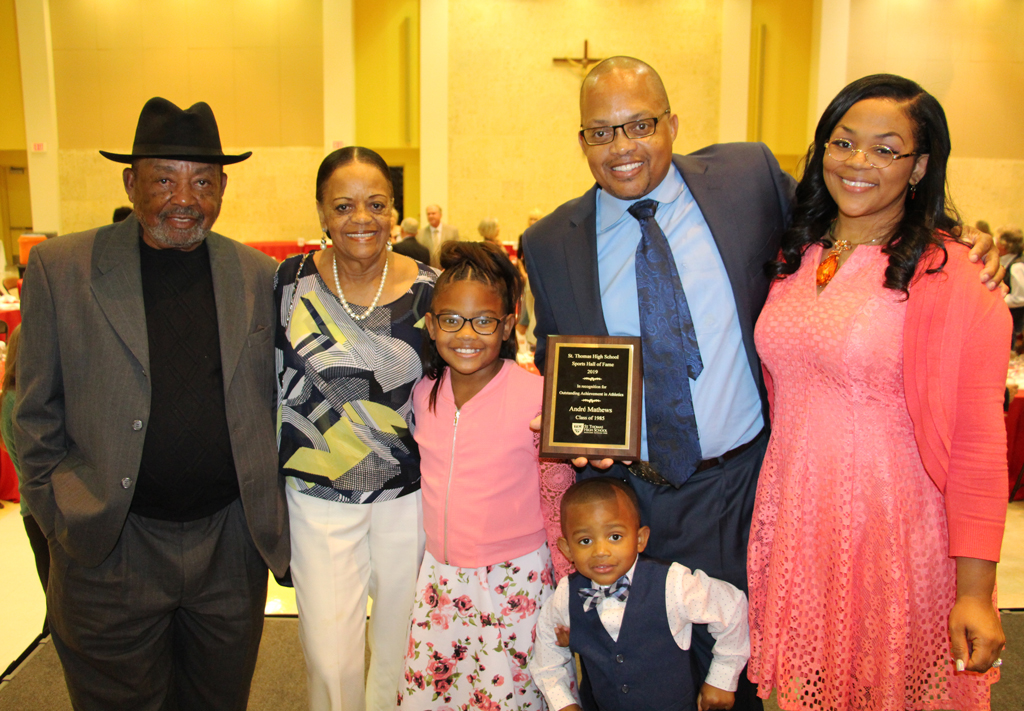 This is for my family and friends … cannot say enough about you … wouldn’t be here without you.  It was that love that I took into education … that teach me goodness, discipline and knowledge that was instilled in me so much.  It’s how I live … what I breathe … who I am. It was started here at St. Thomas … taught me perseverance … learned how to sacrifice … to focus on more than myself … most importantly learned how to be a good teammate.

To this Eagle family … thank you.  You gave me an opportunity … not just as a student but to become a person who represents that Basilian motto.  As you can see at this stage in my life, I’m still embracing the knowledge but I’m trying to spread it with the goodness and representing the discipline. 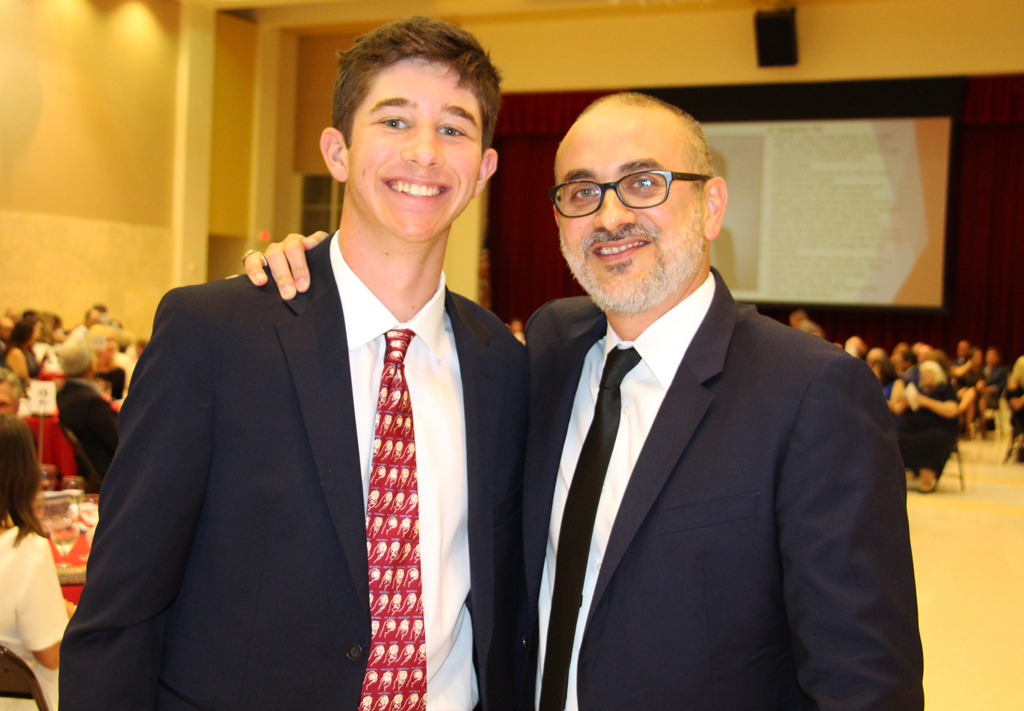 Savarino was introduced by his nephew, 2019 salutatorian and two-sport scholar-athlete Tuscan, a member of the 2019 TAPPS state swimming champions.

This is an opportunity for me to express my deep appreciation for all those who invested so much of their time into my athletic career and development as a person.  This is a validation that hard work is worth it and how fantastic this Eagle community is.

What has stuck with me the most from my years at St. Thomas is so much more than the winning.  It’s the relationships … the camaraderie. Those are lasting throughout my life. As a high school and college student you often don’t have the awareness and understanding of how coaches influence you in real time.  And just as often you don’t agree with what they’re saying or how they’re trying to get the most of your abilities. But with time comes perspective and I have great appreciation for their efforts … the mentors who helped mold me and form the values I hold today.  It was all forged on these fields and in these hallways and in these classrooms. I cherish that impact every day … the network that has benefited me in my career and throughout my life. 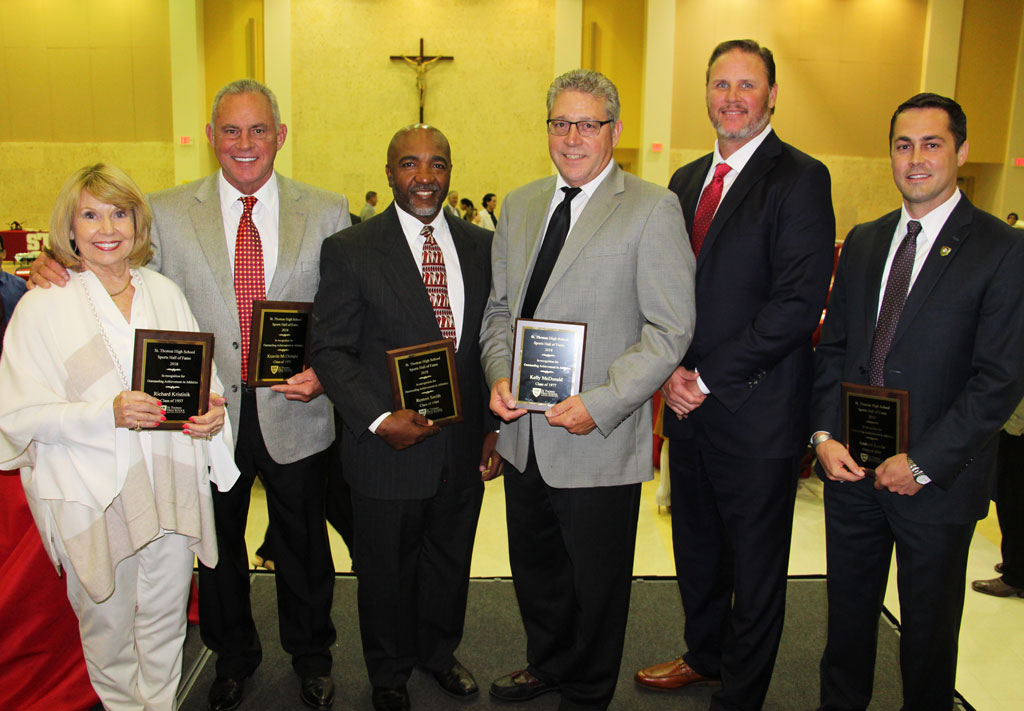 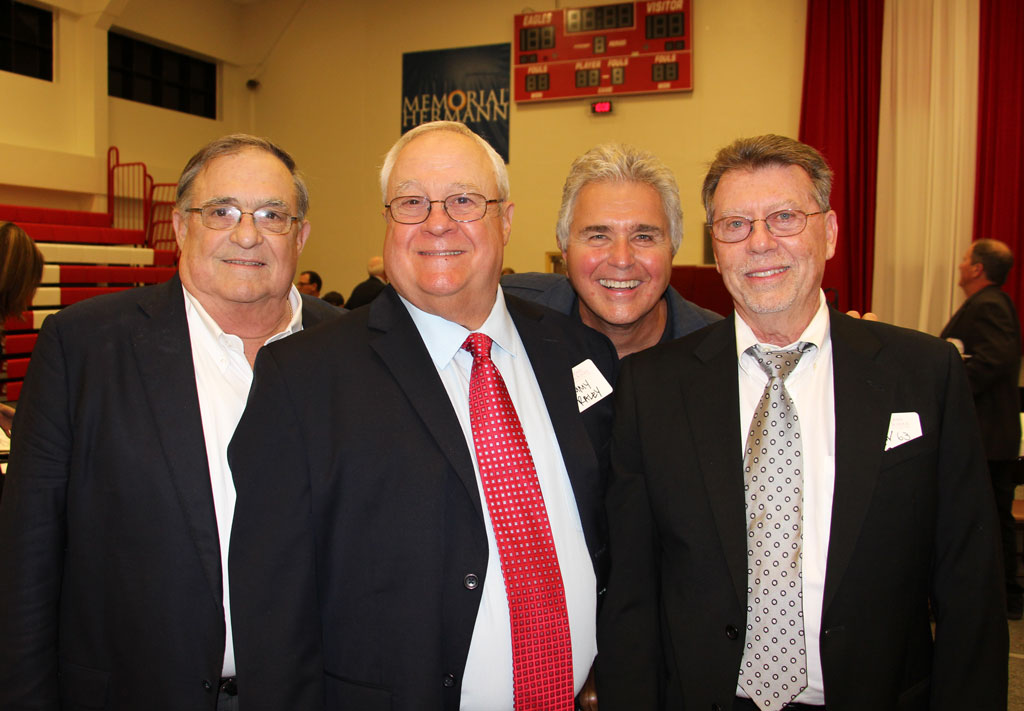