Ty Huggins ‘17 has quickly transitioned from his summer serving as a go-to IT consultant at Houston Distributing Company to fully immersed into his fall curriculum which includes AP Calculus, AP Spanish 4 and Advanced Economics.

And all the while he’s being served media and messaging from all angles and platforms, Huggins remains grounded by and connected to a St. Thomas mission experience to Nicaragua where he witnessed how material poverty hadn’t stripped the people from an unwavering spirit and faith.

“Everyone there has so much less than we do (in the United States) but across the board they are also cable of living such happier lives,” Huggins said.  “Tells me you don’t need that much to be happy.” 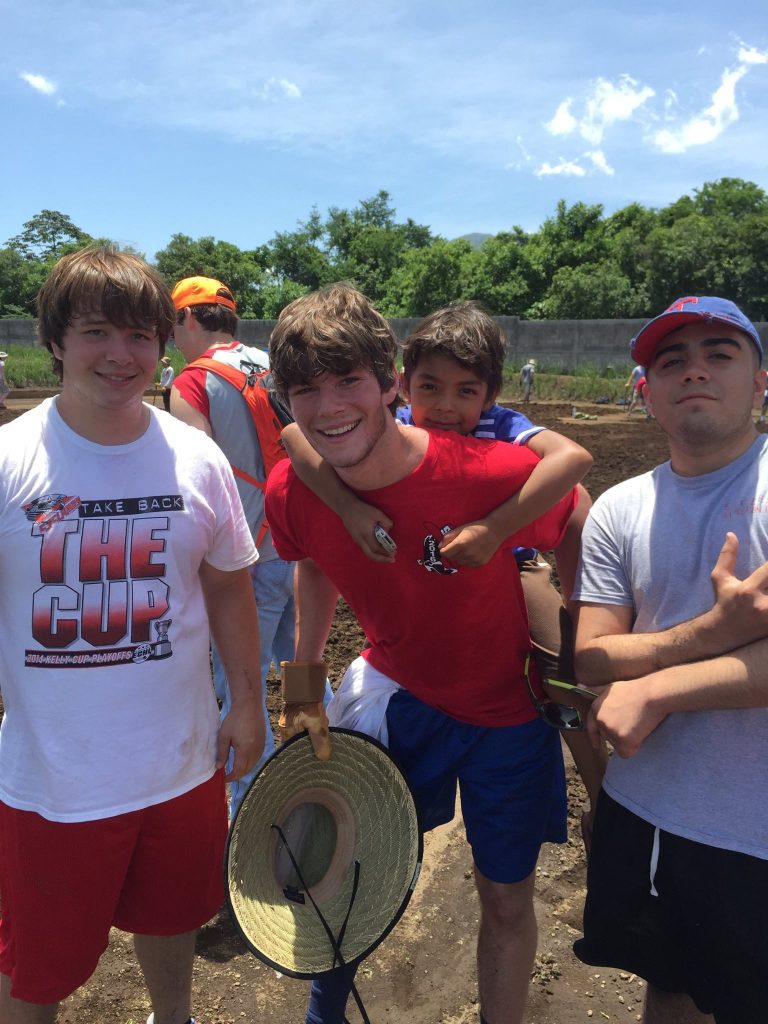 Huggins was part of a group of 19 Eagle students led by foreign language dean Bill Dooley that partnered in June with Amigos for Christ, a service ministry and community development organization that strengthens families in rural Nicaraguan communities through projects in the areas of water and sanitation, healthcare, education and economic development.

“It is inspiring to hear the amazing people talk about how the Lord has blessed them and how the Lord sustains them in their need,” Dooley said.  “These people are so rich in their Catholic faith.  Both as a team and individually, we grew closer to God, and it was truly a beautiful thing to see at many different times the Holy Spirit working through each one of us in the different groups.”

Dooley was teaching at Jesuit High School in New Orleans in 2005 when he rallied his first group to Central America on the heels of a hurricane.  The focus has changed over the years, from an emphasis on permanent housing from temporary shacks, to clean water and clean air.

For two days the Eagles embraced physical labor in sweltering conditions, first fortifying a school construction in La Chuscada and then tilling a field to lay grass for what promises to be a recess area.  Later during their stay the group continued inauguration of a freshwater system in La Grecia where a previous St. Thomas team worked in 2015.

“The community had never had running water,” Dooley said.  “They would have to walk miles to a dirty well, that’s all that was available.  It was quite impressive to see the results of our working together to make this happen.

“The language is not a barrier.  One student would grab a shovel, another an ax, whatever was needed, everyone giving so much of themselves without being told, not for a reward, never a complaint.”

Dooley paints an honest and accurate scene of what his service groups encounter during their annual pilgrimages.

“Nicaragua is the poorest country in the region and the second poorest in the Western Hemisphere,” he said.  “It borders Honduras, Costa Rica and the Atlantic and Pacific Oceans. Nicaragua’s history has been marked by continuous upheaval in the form of corruption, foreign intervention, war, rebellion and natural disasters.

“The capital city, Managua, has been damaged twice by earthquakes (in 1932 and 1972). After much political turmoil, a democratic process was established in 1990 with the election of Violeta Chamorro as President. Nicaragua is tentatively moving forward toward economic growth but the country’s infrastructure is tenuous.  Its greatest resource, however, are its young people. Regrettably, more than half these children live in poverty, especially in rural areas. Many children have no access to education or are forced to leave school to support their families. The Nicaraguan government lacks the means to provide widespread social services, so outside assistance from nations such as the United States is welcomed.”

Rarely does Generation Z seize the opportunity to divorce themselves from their digital playgrounds, raised in the era of smartphones, not remembering a time before social media networks emerged as weapons of mass distraction.

But Ryan Chandler ‘17 discovered an appreciation for a world quite contrary to the comforts of home.

“We were in a compound in the middle of a small town with no Wi-Fi and no air conditioning,” Chandler said.  “I thought that would be a big sacrifice but it gave us a lot more time to socialize, get to know people, play sports.  Life slowed down.  I loved it.”

Huggins added that “it’s not uncommon in the United States that if things don’t go exactly how you want, if you don’t have the latest Iphone or gadget or whatever, there’s a dissatisfaction, almost an anger.  Since I’ve been back I’ve tried to realize (those pursuits are) not really all that important.”

The transformative nature of the mission experience is Dooley’s greatest takeaway, for students to step out of their comfort zones, interact and connect with another culture facing socioeconomic challenges, and utilize their St. Thomas education as an invitation to help change the lives of those in need.

“I continue to wear a bracelet I purchased for $4 from a local merchant who was raising money for one of the schools,” Chandler said.  “It’s a reminder of the outlook I gained from the trip.  The biggest lesson is to be grateful for all that you have, understand what so many others do not have.  That’s a perspective that stays with you, that many of problems at school or at work don’t really matter in the long run.  I try to remind myself of that, to slow down and not get worked up.” 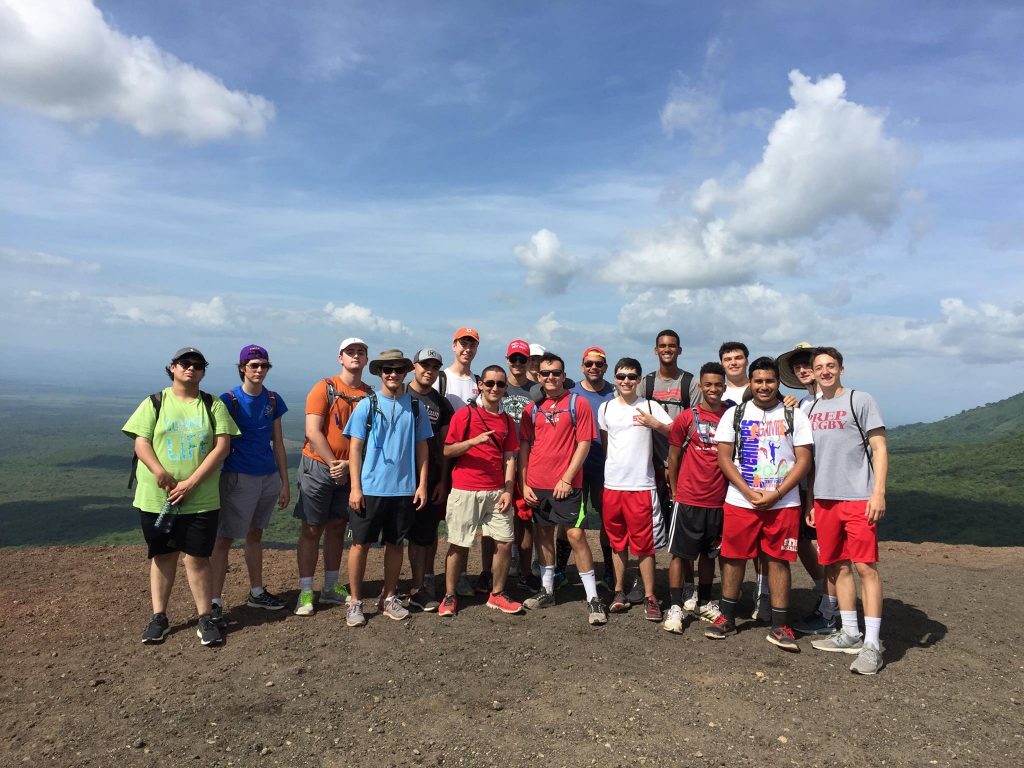 “When we as a St. Thomas community visited last year, there were five former students who gave up their summers to serve as student servant leaders,” Dooley said.  “So many from this most recent trip have already asked me, ‘When are we going again?’”

And when Dooley and his band next arrive they will no doubt again charge the heights of Cerro Negro, Central America’s youngest and one of the region’s most active volcanos.

“We all go up and wait until everyone reaches the top.  Then there’s almost a sprint down,” Dooley said.  “From the summit you can’t help but see the hand of God in all this, the beauty, a wealth of natural resources and stunning natural wonders, providing His picture every day for those who have so little else.”