For four years Sam Yeboah ‘17 embraced the role of St. Thomas Renaissance man, earning individual and collaborative acclaim inside a culture that fostered opportunities for learning, growth and personal development.

Yet the century-old tradition of Basilian education was something Yeboah wanted no part of in the weeks and months funneling into his freshman academic year.

“I wanted to go to public school because that’s where all my friends were,” Yeboah says with a laugh.  “But now I wouldn’t trade these times for anything … would encourage anyone to make this their destination.  I really can’t describe what St. Thomas has meant to me.”

And then in signature Yeboah style he punctuates, “It’s because of the guys I met here, a giant fraternity of brothers fighting for bro-dom!”

Yeboah’s gregarious personality routinely ignited every corner of the campus he encountered, seizing seemingly every occasion to chase his passion, and in doing so, create his own happiness. 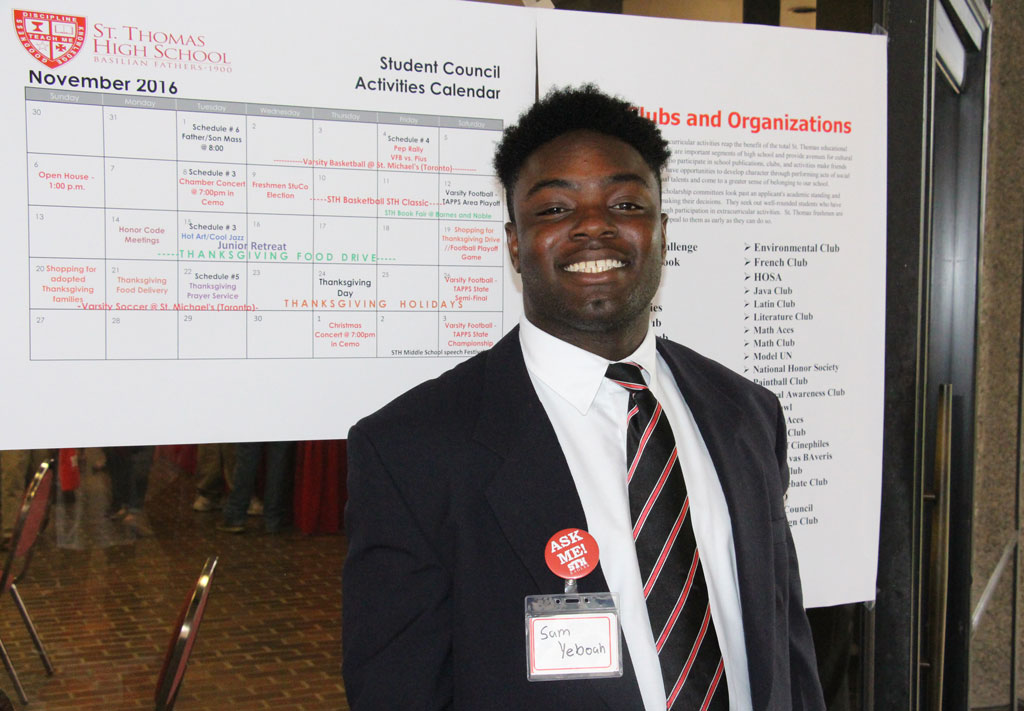 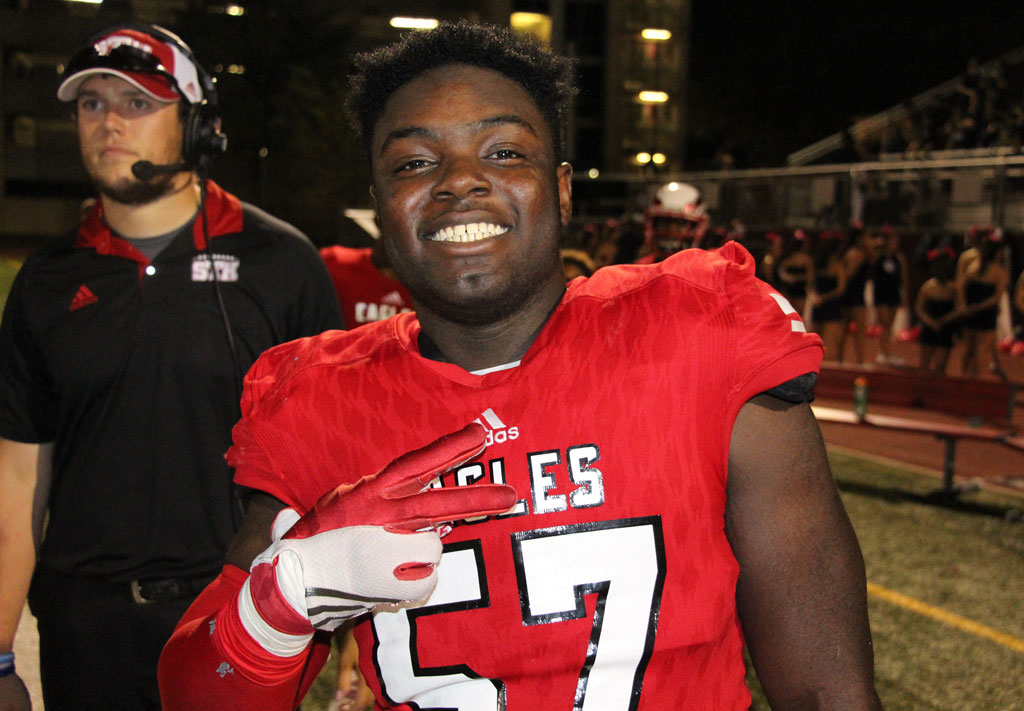 Yeboah maintained an A average throughout his Eagle career while earning seven varsity letters, a driving force and inspirational senior captain in both Eagle Football and Eagle Rugby.  He was named preseason All-Houston by the Touchdown Club of Houston and finished as an all-state performer and the team’s defensive Most Valuable Player.

Yeboah’s multi-faceted interests included serving as the sergeant in arms in student council … co-founder (with Ty Huggins ‘17) and vice president of the Business Club … and four years in the St. Thomas Band including first chair flute in Orchestra.

Yeboah followed the prestigious path of 2016 TAPPS Male Athlete of the Year David Jones ‘16 (Cornell University), Campbell Clarkson ‘15 (Louisiana Tech) and Joseph Lowry ‘14 (United States Military Academy) as the most recent Allnoch Trophy recipients, and now will also enroll at Cornell to study computer science, a degree program ranked among the most elite in the United States by U.S. News and World Report.

Yeboah moves forward instilled with the virtues of friendship and the power to build bridges across divides which become the girders of a well-functioning group and society.

“This is a demanding four years and we all helped each other meet those challenges together,” Yeboah says.  “I’m going to love all these guys … stay connected with these guys my entire life … during college … after college … when we get married … that’s the brotherhood.”

And central to that bond that Yeboah believes will never be broken are events forever embossed on his memory bank.

“My sophomore year (2014) when we beat Stake in the closing seconds on the touchdown throw to Landon (Malouf ‘16) … I’ve never felt so united in my life.  We all sprinted to the stands to share the moment with our fans.  They just lit up,  Craziest moment ever,” Yeboah recalls with pure joy.   “And then the next year at NRG Stadium we won again in the final minute (42-35).  There were thousands of people screaming of us.  That’s what will always stay alive inside me.”