The Feast of the Assumption of Mary, commemorating the end of the Blessed Virgin’s earthly life and assumption into Heaven, brought the Eagle student community together to celebrate an inspiring liturgy during the initial week of the 2017-18 academic year.

In his homily, principal celebrant and St. Thomas President Fr. Kevin Storey, CSB recalled a cherished bedtime story from his days growing up in India often told by his grandfather, a fable of a thought-to-be insignificant snowflake that gently falls from the skies onto a snow-stacked limb causing it to instantly collapse, separate from the tree and crash to the ground.

Fr. Storey explained that in many ways Mary was a supernatural snowflake, “totally inconsequential and yet at the same time totally essentially and relevant … a young girl who says ‘yes’ to God to have (Jesus) … and continues to say ‘yes’ to God when she’s confused … and ‘yes’ when her son is taken, and mocked, and crucified … continues to say ‘yes’ to that reality.  And because of that, this tiny snowflake ends up crushing death and sin forever.” 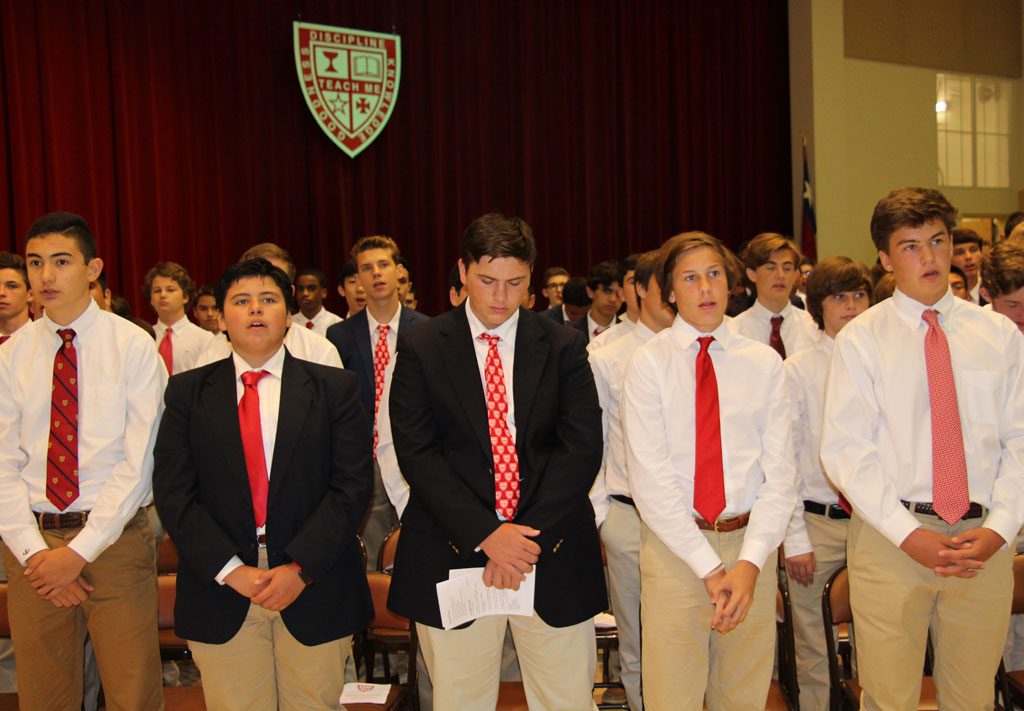 Fr. Storey continued that “each one of us is called to be that snowflake in the world.  We may think we are inconsequential” but realize “we are a incredible gift that God has called us to be for this world.”

Fr. Storey believes the true meaning of his grandfather’s late night story was to “understand that we are no more important than any other person in the world, but also have the confidence and strength to know there is something each one of us is called to do that will ultimately change the course of humanity.

“Mary balanced her life to say my glory is because of God’s glory magnified in myself, and when we have that perspective, we can accomplish incredible things as individuals, but particularly as a community.  And that is why the Catholic church celebrates Mary, because this person’s ‘yes’ allowed salvation to enter our world in a way it never could have been possible without her.” 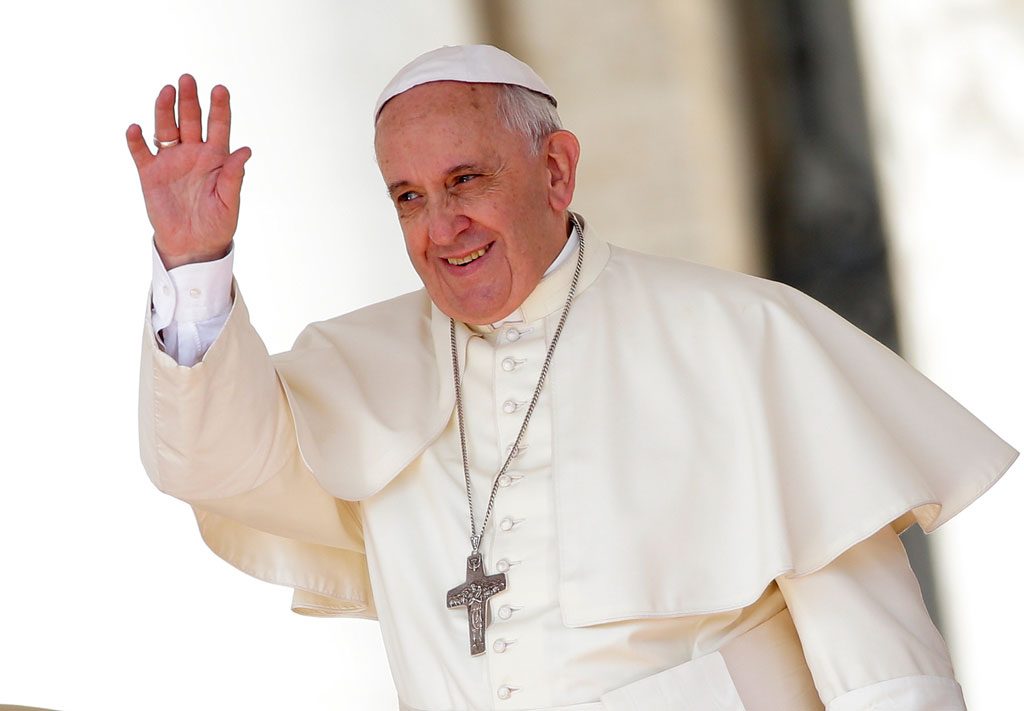 In Rome, Pope Francis reflected on the Assumption of the Blessed Virgin before thousands of faithful present in St Peter’s Square.

In a similar theme to Fr. Storey, the Holy Father emphasized that God is able to do great things through the humble because “humility is like an emptiness that leaves room for God.” The humble person “is powerful because he is humble, not because he is strong.”


Pope Francis then challenged the audience to reflect on their own efforts to foster the virtue of humility.

The Pope described Mary as “the model of virtue and of faith. In contemplating her today assumed into heaven, we give thanks that she always goes before us in the pilgrimage of life and of faith … we ask that she protect and sustain us, that we might have a strong, joyful and merciful faith, and that she might help us to meet together with her one day in Paradise.” 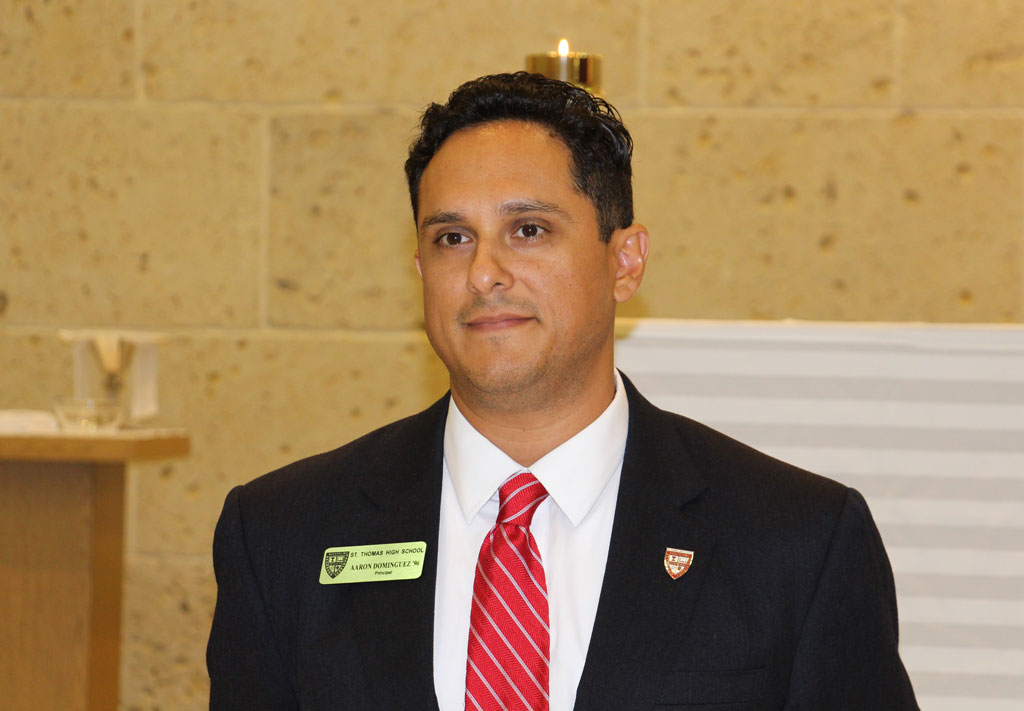 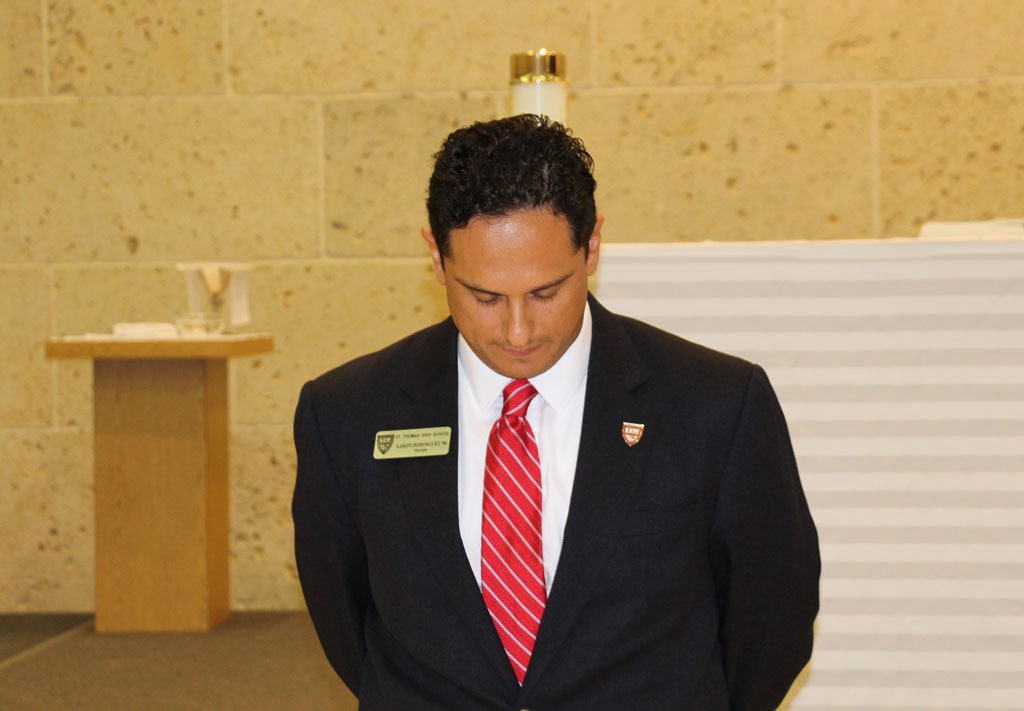 At the conclusion of the celebratory Mass in Cemo Auditorium, Aaron Dominguez ’96 was formally installed by the student community as the 27th principal and first layman to serve that role in the school’s illustrious 117-year history, and a number of faculty and staff members were recognized for their years of dedication to Catholic education. 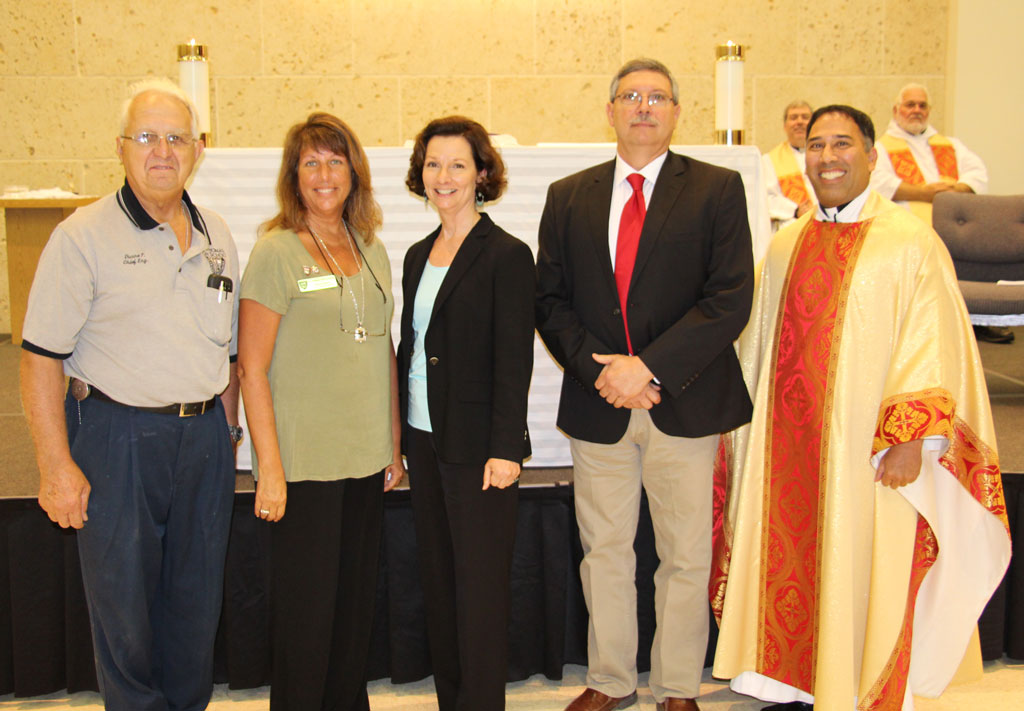 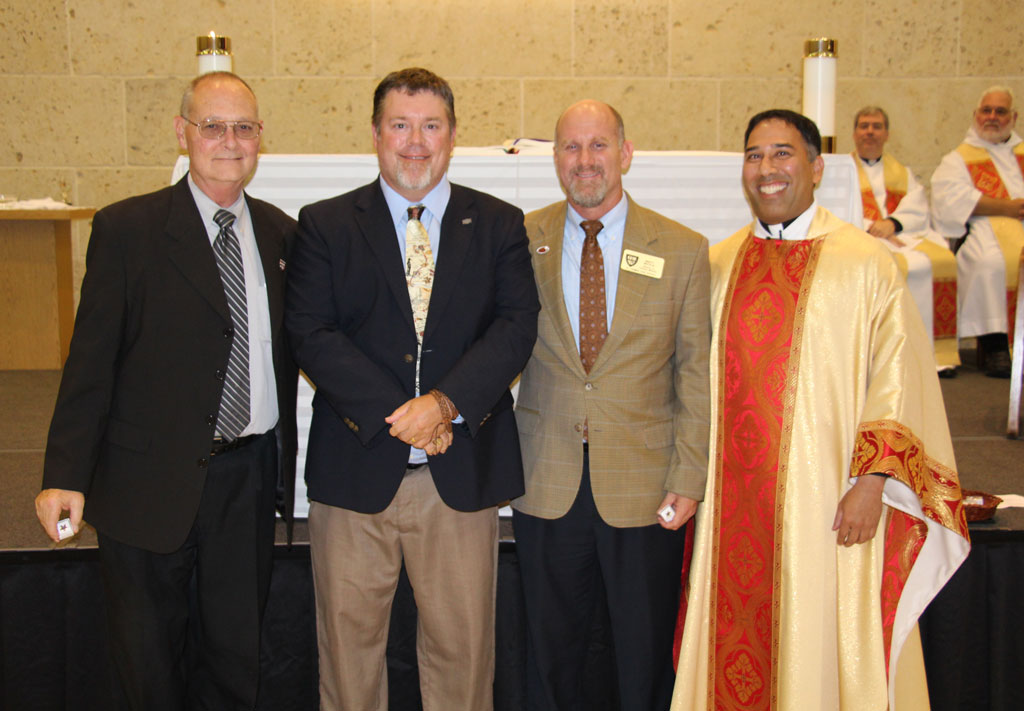