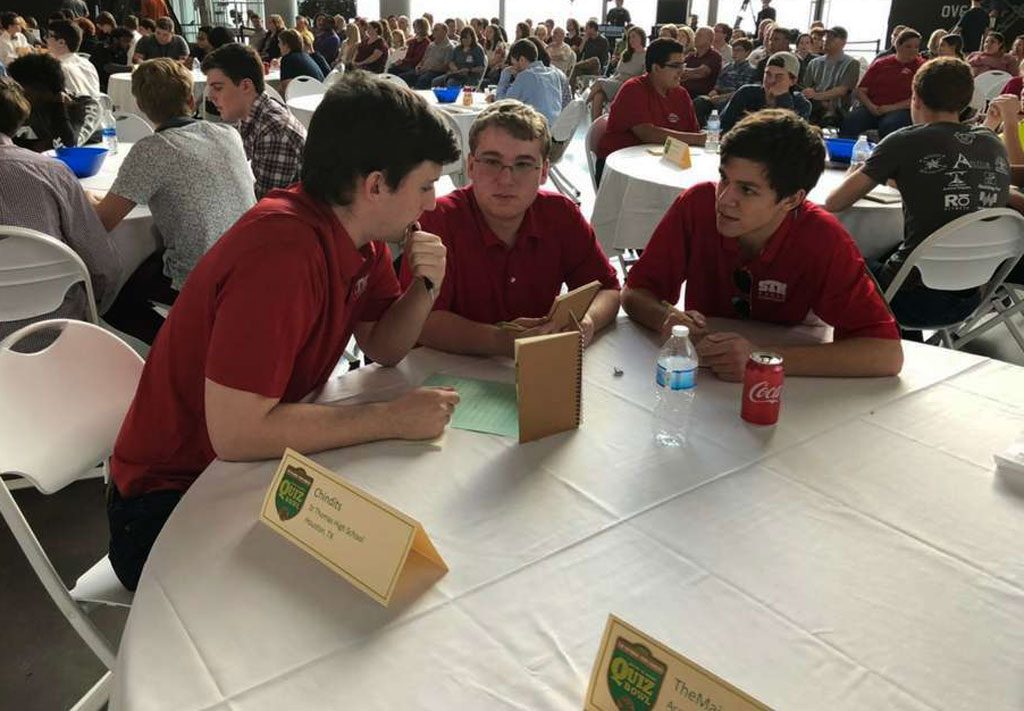 St. Thomas then returned March 8 to capture the title. The competition included questions on a wide array of WWII topics, including the European and Pacific theaters, Louisiana in World War II, World War II in the news, World War II geography, and more), as well as several challenging teamwork activities.

In 2017, McStravick, Kurzy and Nate Belcher ‘18 secured the championship with a victory over New Orleans Jesuit.

Eagle Quiz Bowl launched six years ago from ground zero with only seven charter members under the leadership of faculty member Grover Green ‘04 who has built one of the premier programs in Texas. 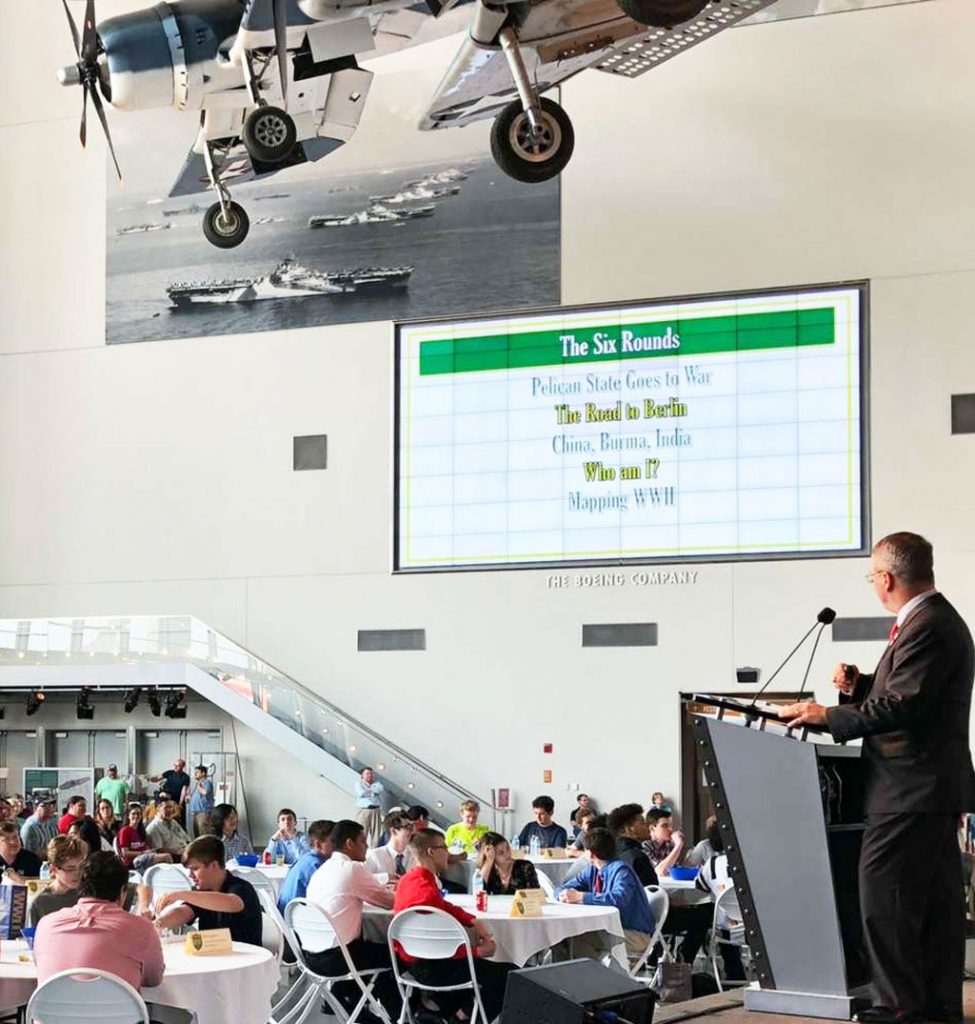