Brody Logsdon ‘19 (Sam Houston St.) and Will Rizzo ‘21 each drove in runs while Jack Schell ‘19 (Millsap College) reached base three times and scored twice but Eagle Baseball couldn’t rally from an early deficit in an 8-5 defeat to Argyle Liberty Christian School in the TAPPS Division-I state championship final in Crosby.

Logsdon’s RBI single to right center was part of a three-run third inning that closed the count to 6-3. But the Eagles (22-13) failed to add on despite having the bases loaded with one out, unable to take full advantage of five walks, two stolen bases and a passed ball. 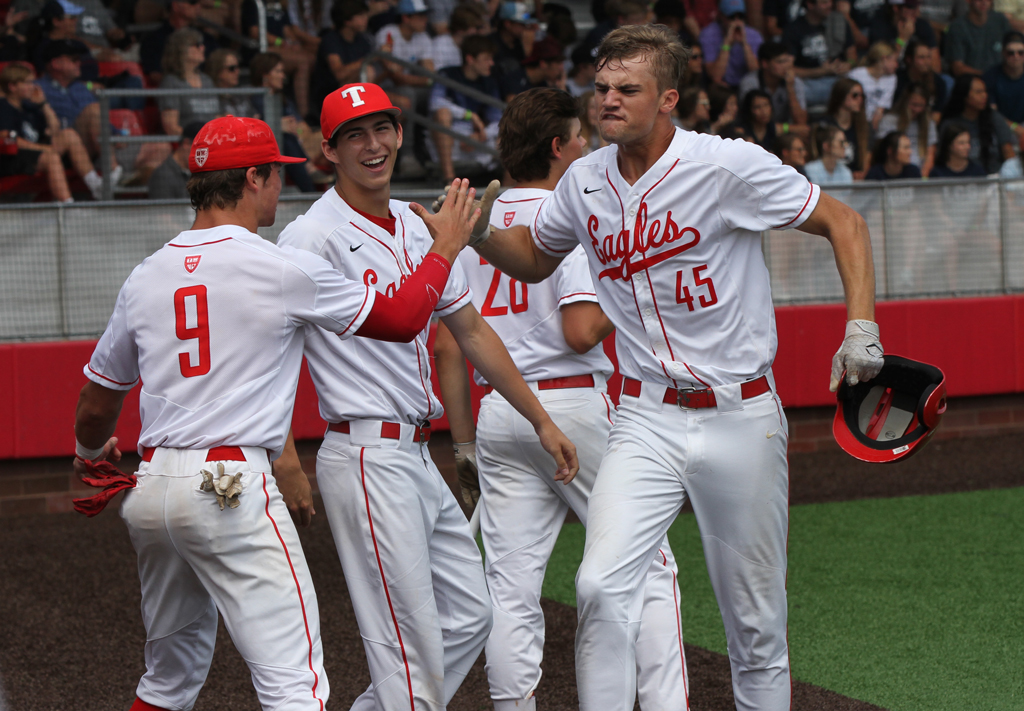 The Eagles again loaded the bases with one out in the fourth but managed only one run scoring on a wild pitch.

In the season’s final inning Rizzo ripped a 2-out running-scoring triple to the right field corner bringing home Trajan Lee ‘21 to narrow the margin to 8-5. But the comeback stalled with the tying run at the plate and the bid for the program’s 25th state championship will extend into the 2020 season. 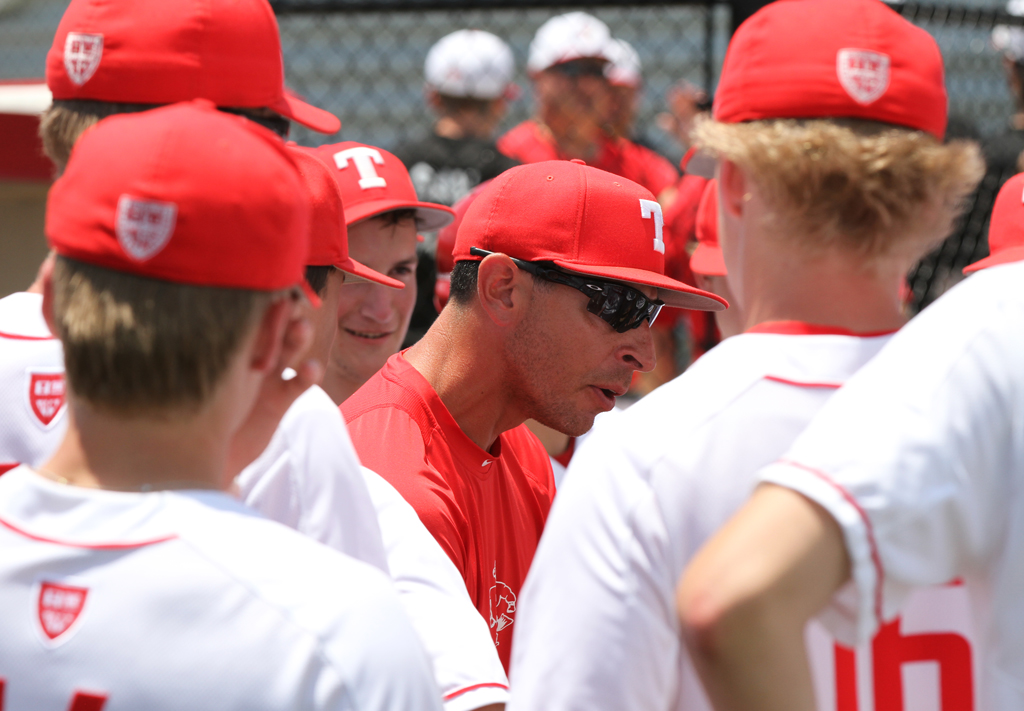 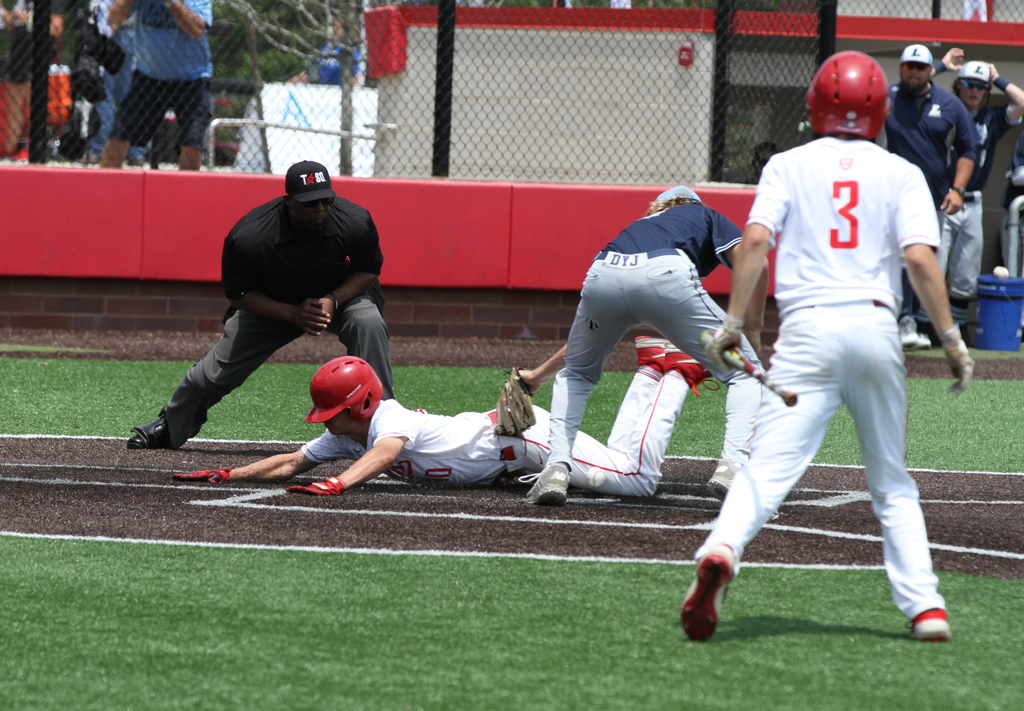 In the first season with head coach Adam Massiatte, St. Thomas was competing in its ninth state tournament in 10 years. During the decade Eagle Baseball cashed titles in 2010-11, ‘14 and ‘17, and was eliminated in each of the other six seasons by the eventual champion.

Logsdon, third baseman Daniel Coco ‘20 and catcher Tuscan Savarino ‘19 were named to the all-tournament team along with Schell who provided more than five innings of relief in his Eagle finale. 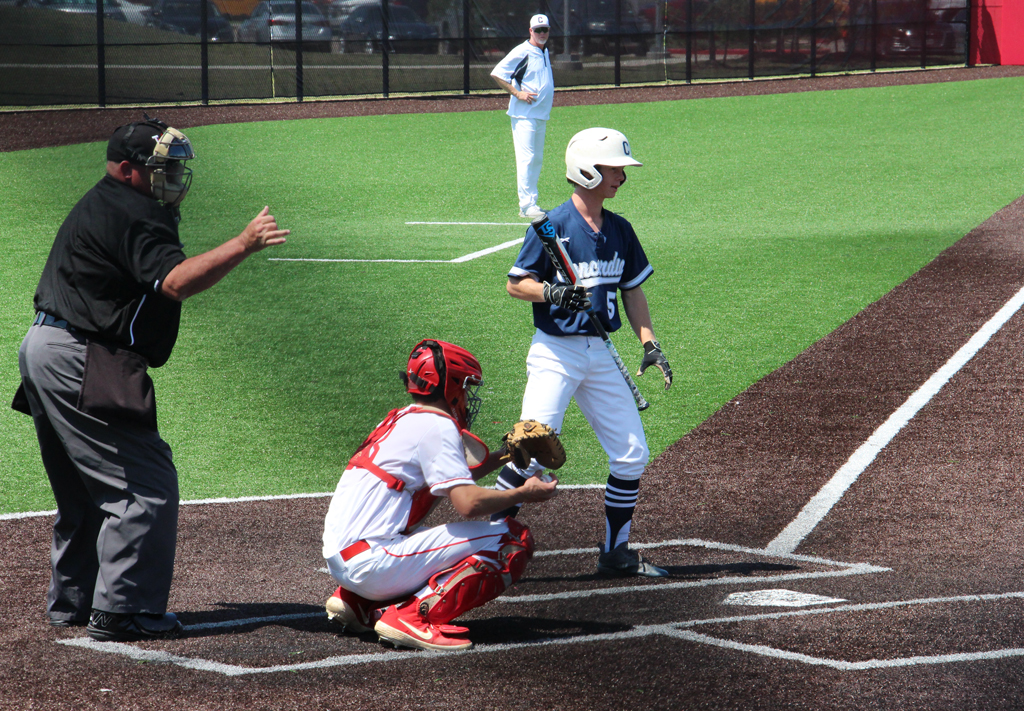 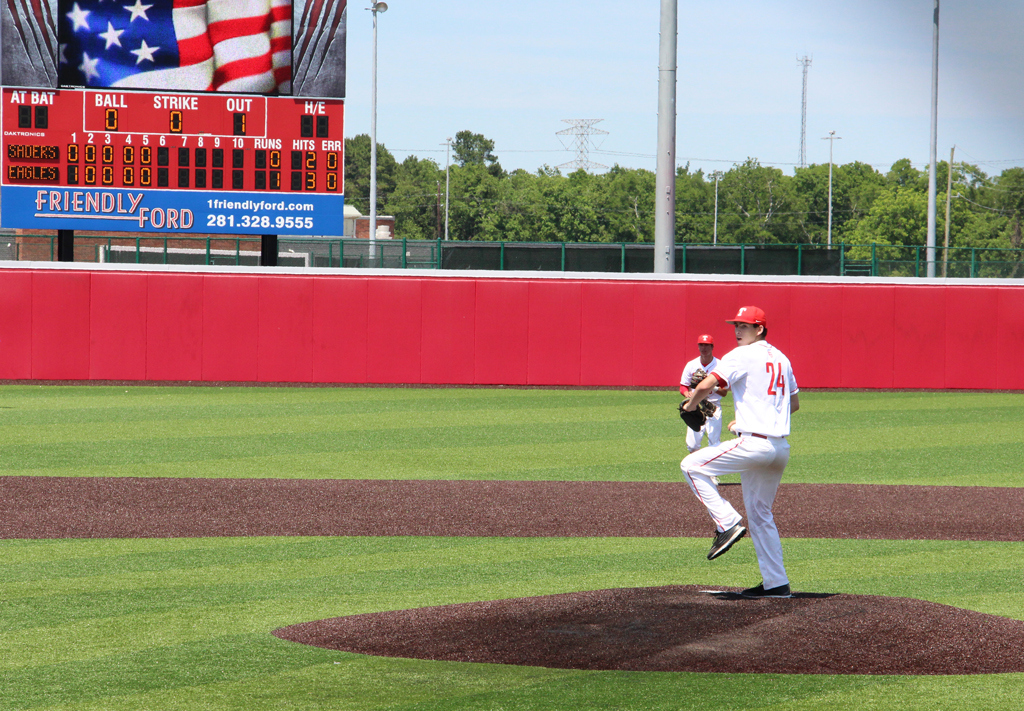 The Eagles reached the title tilt riding the right arm of Josh Wolf ‘19 (Texas A&M) who commanded a two-hit shutout with nine strikeouts to power a 1-0 semifinal victory over Tomball Concordia Lutheran.  St. Thomas was winless in three games against TCL in the regular season.

Coco drove in Schell from third with a single in the Eagle’s third at bat of the game for the only run Wolf would require for his second postseason whitewash in three starts. 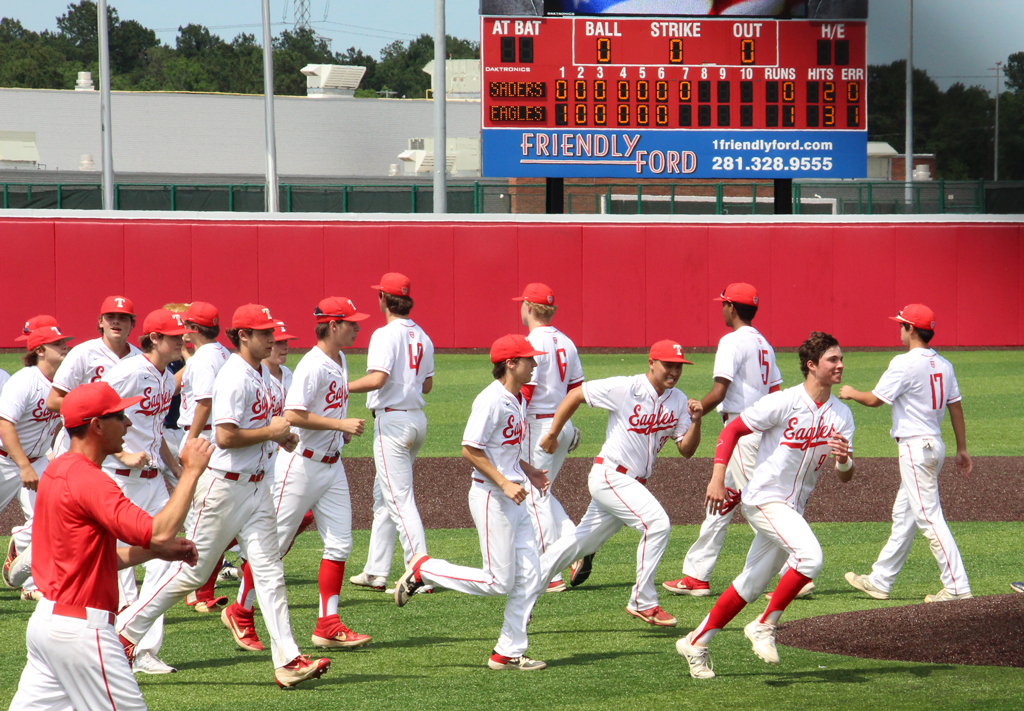 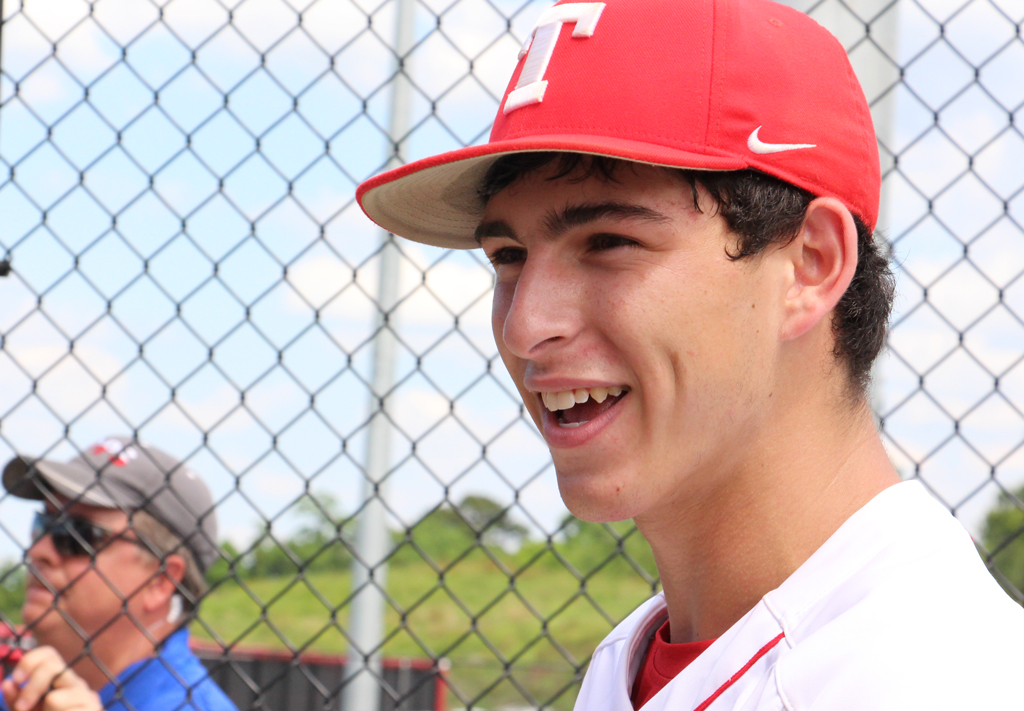 Wolf was wicked in the final start of his Eagle career retiring the first eight batters he faced before issuing a walk and then blasting his third strikeout of the inning to retire the side.  He benefited from tight defense throughout the tense seven innings. Right fielder Peter Corbett ‘21 stabbed a slicing line drive to the corner to secure the first out of the fourth inning. Lee was a master at first base on a variety of infield outs and Savarino ignited two putouts on the base paths as Eagle Baseball nursed that one-run margin to the finish.

Wolf opened the state playoffs one walk away from a six-inning perfect game in a dominant 10-0 victory over Austin St. Dominic Savio at Fr. Wilson Field.  His encore masterpiece was reminiscent of the 2018 state Final Four in Austin. 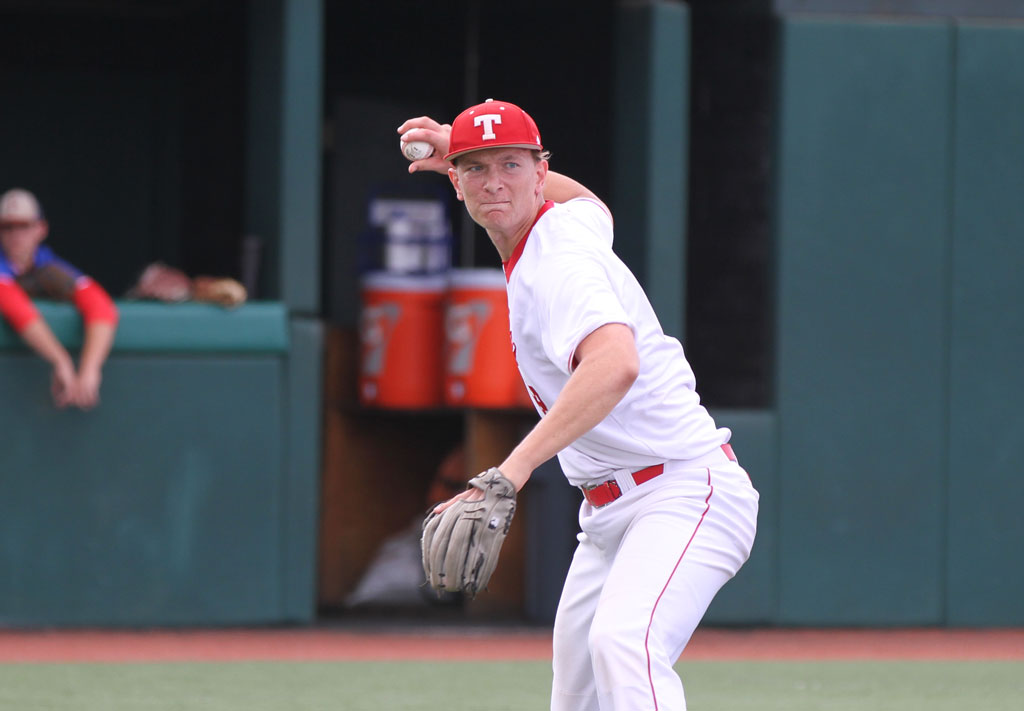 In his first career playoff start, Owen Meaney ‘18 (Texas) allowed Dallas Parish Episcopal only two base runners after a leadoff single to start the state semifinals. He struck out seven of the last nine batters and 12 for the game, finishing with a one-hit shutout and brought home the game’s only run with a fifth-inning single.

The following night Meany registered three RBIs in an overwhelming five-inning 15-1 runaway rout over Beaumont Monsignor Kelly Catholic to capture the 24th state title in program history and fourth since 2010. 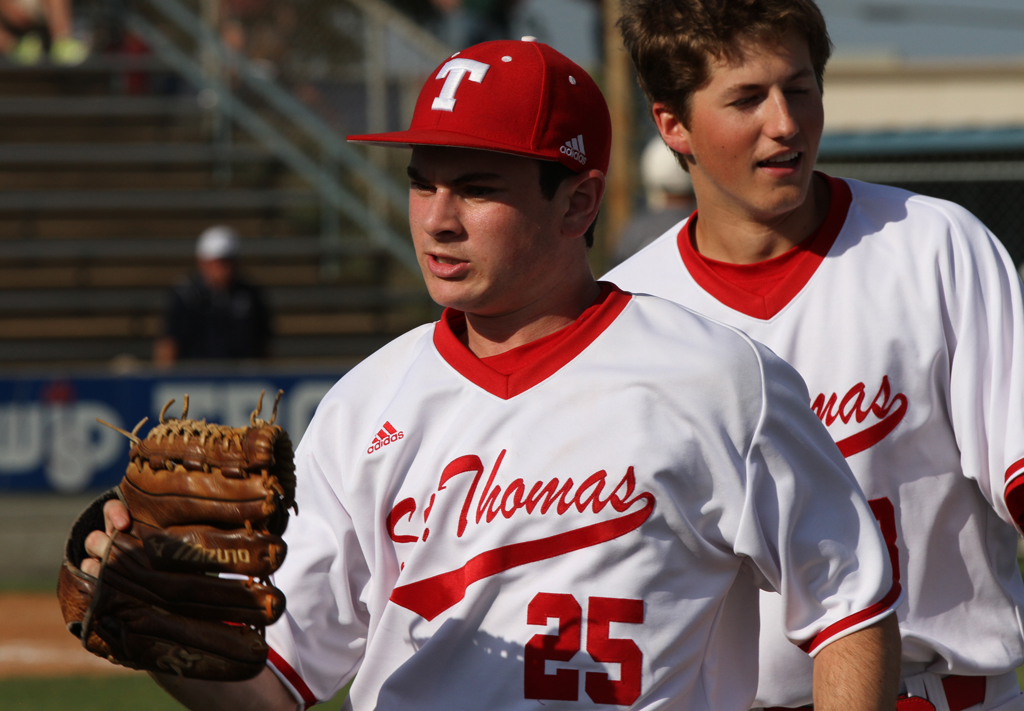 The knock over district foe TCL was the second in six years on the state tournament stage. In the 2014 championship final, Matthew Ashbaugh ‘16 (Washington University in St. Louis) measured beyond his years. The sophomore allowed one run and four hits and retired TCL in order in the first, third, fourth, sixth and seventh innings. 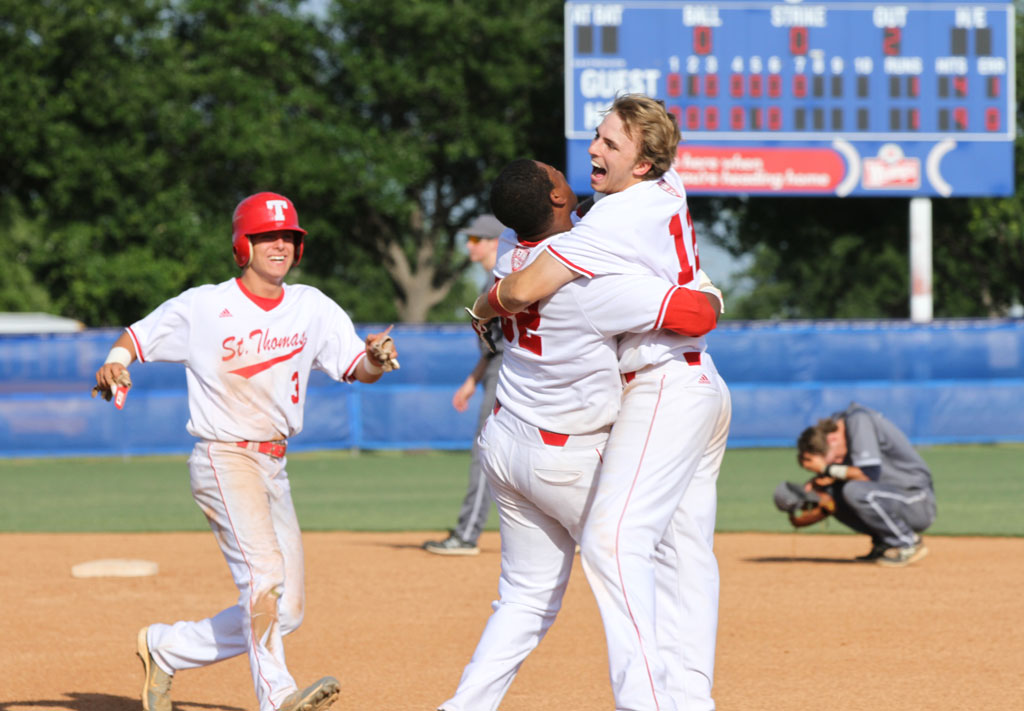 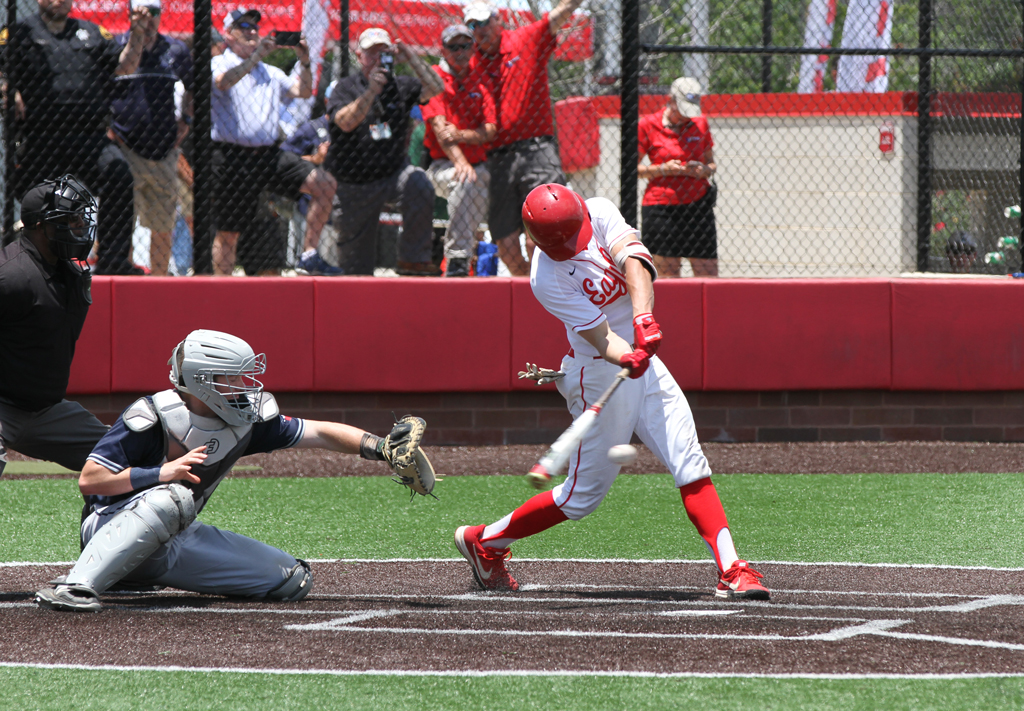 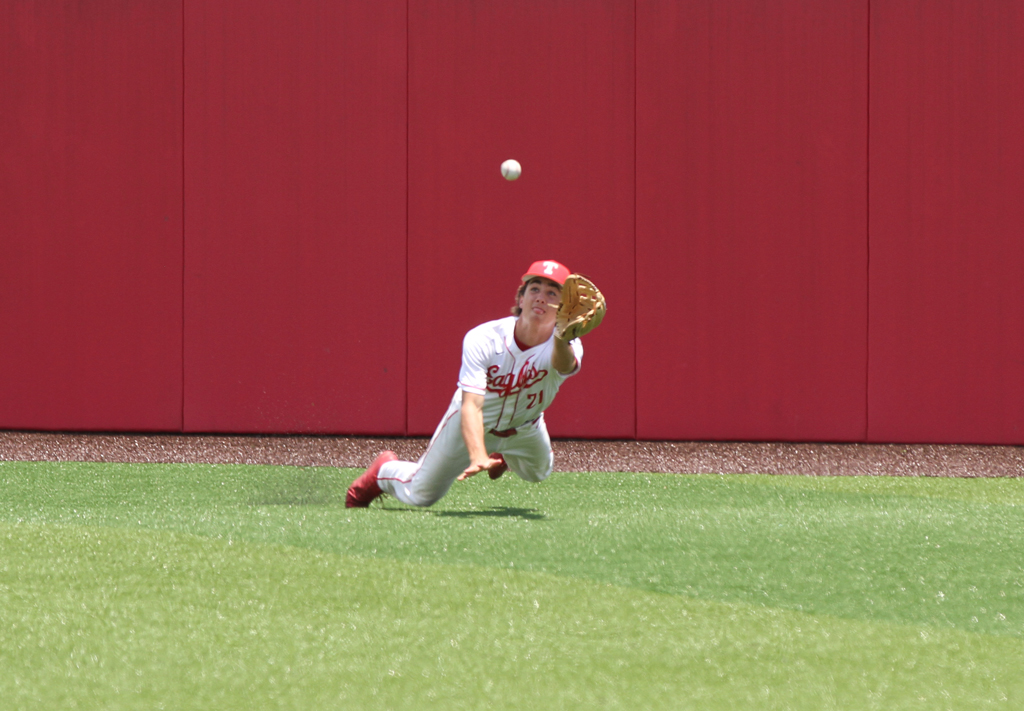 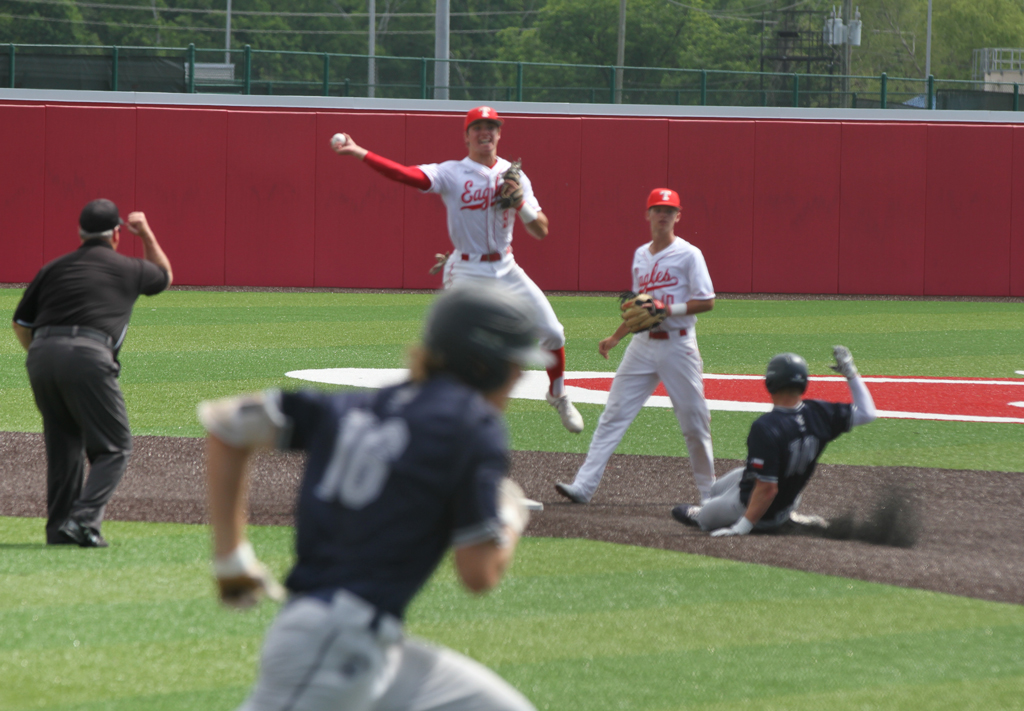 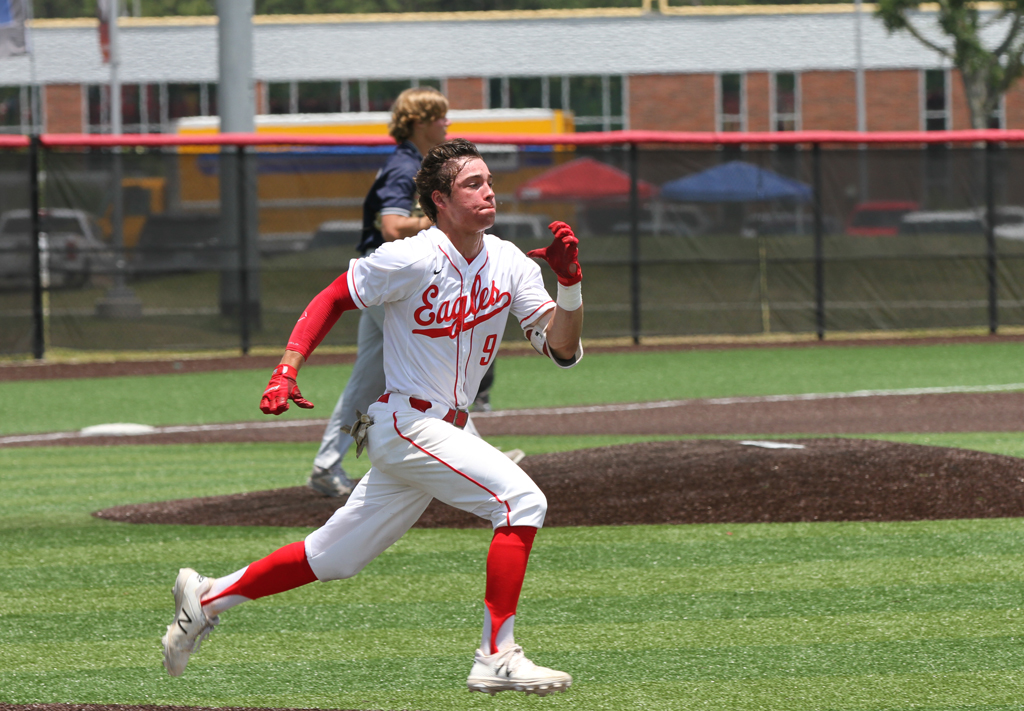 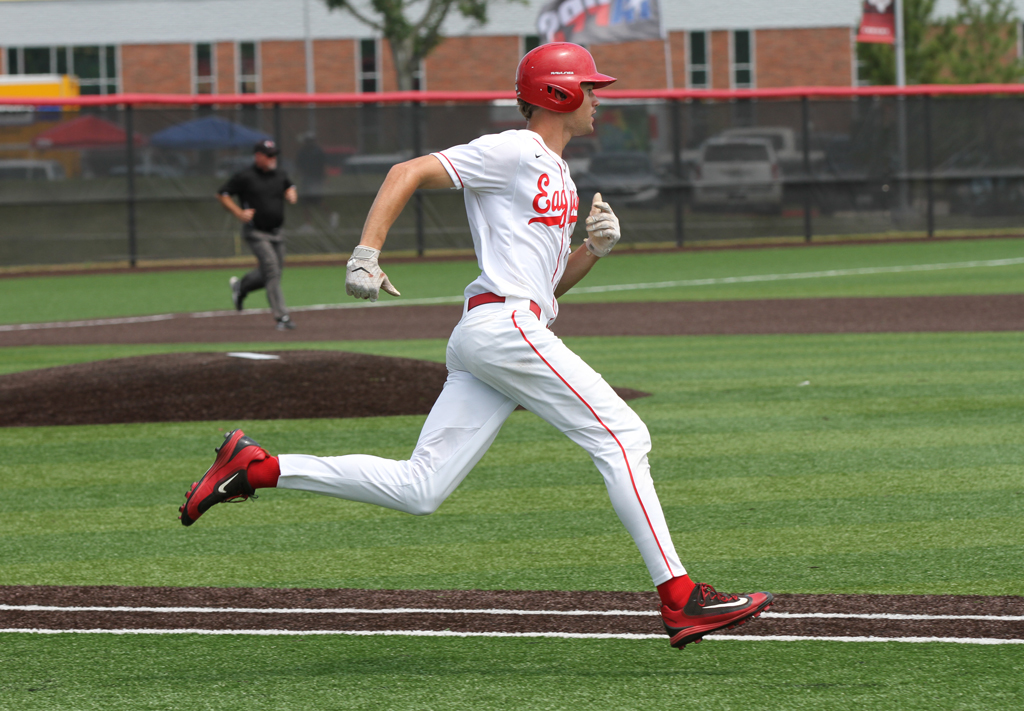 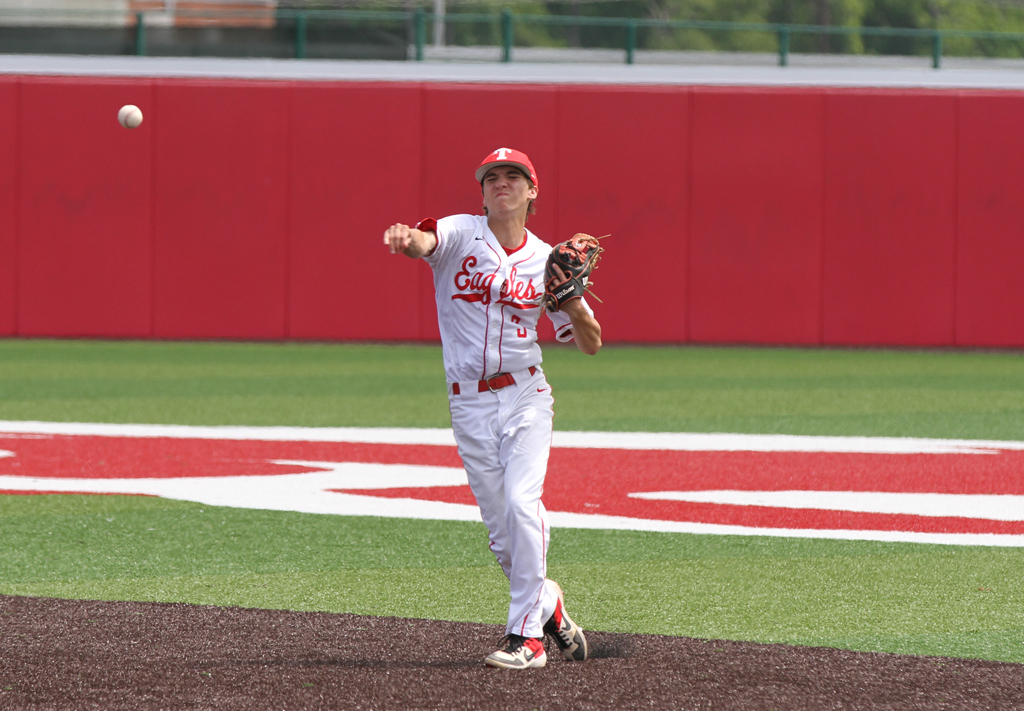 The Drive For 25 now continues.