St. Thomas has been awarded a significant grant from the Charity Guild of Catholic Women which will directly upgrade the school’s digital network and coverage on the expanding campus.

President Fr. James Murphy, CSB graciously accepted the generous gift during a celebratory awards ceremony and reception.  “This recognition from the Charity Guild measures beyond the altruistic efforts of a renowned organization.  This tells St. Thomas that the continued excellence of its scholars resonates within the wider Houston community, and the Charity Guild in particular respects our academic and spiritual calling. That’s a huge vote of confidence and reinforces our Basilian ideals.”

St. Thomas has now benefited twice in seven years from the philanthropy of the Charity Guild. In 2015, a substantial grant funded APEX Learning, an innovative interactive tutorial program that accelerates student success with a digital curriculum and supports in-class, hybrid, and virtual learning.

The Charity Guild is a long-standing Houston affiliation committed to serving extensive non-profit efforts that champion child welfare and achievement. Relying almost exclusively on volunteers, it has donated more than $6.6 million since 1996 to more than 160 agencies and schools. The vast majority of those dollars were generated through the organization’s extensive on-site consignment shop.

Recipients fulfill the Charity Guild’s mission of “rendering assistance to children in need in the Greater Houston Area, regardless of race or creed. … providing enhanced academic opportunities, healthcare, restorative and mental health assistance, food, clothing, and art enrichment to the most vulnerable in our community – children.” 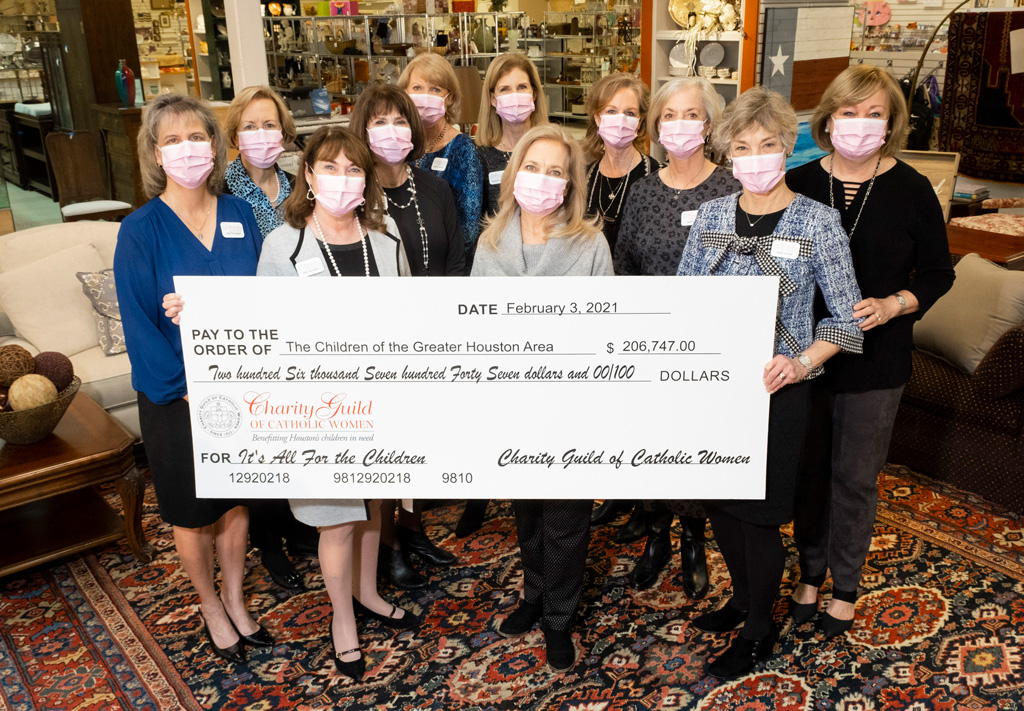 Due to the COVID-19 pandemic, the reseller was forced to close for five months, re-opening in August 2020 with a limited schedule and personal protection protocols in place. Led by president Peggy Idstein, the relentless dedication from the resilient staff during the most challenging of times resulted in the Charity Guild extending more than $200,000 to 27 well-deserving beneficiaries.