The beginning 122 years ago was meager, the ascension without fanfare. A steady process that preached purpose, culture, and service rooted in the Basilian credo of Teach Me Goodness, Discipline, and Knowledge.

Since 1900, the St. Thomas campus community has served as a Catholic Basilian beacon with a thriving intellectual and moral tradition that remains the cornerstone of an esteemed academic pursuit and formation. The second oldest continuously operating private high school in Houston (to Incarnate Word Academy) is home to a vibrant array of accomplished scholars, distinguished faculty members, deeply committed professional staff, and unwavering supporters and donors.

Now well into the second century after its genesis, St. Thomas relished its legacy as a premier college preparatory experience with a Mass celebrating the feast of patron St. Thomas Aquinas, the 13th-century theologian who showed that the Catholic faith is in harmony with philosophy and all other branches of knowledge. 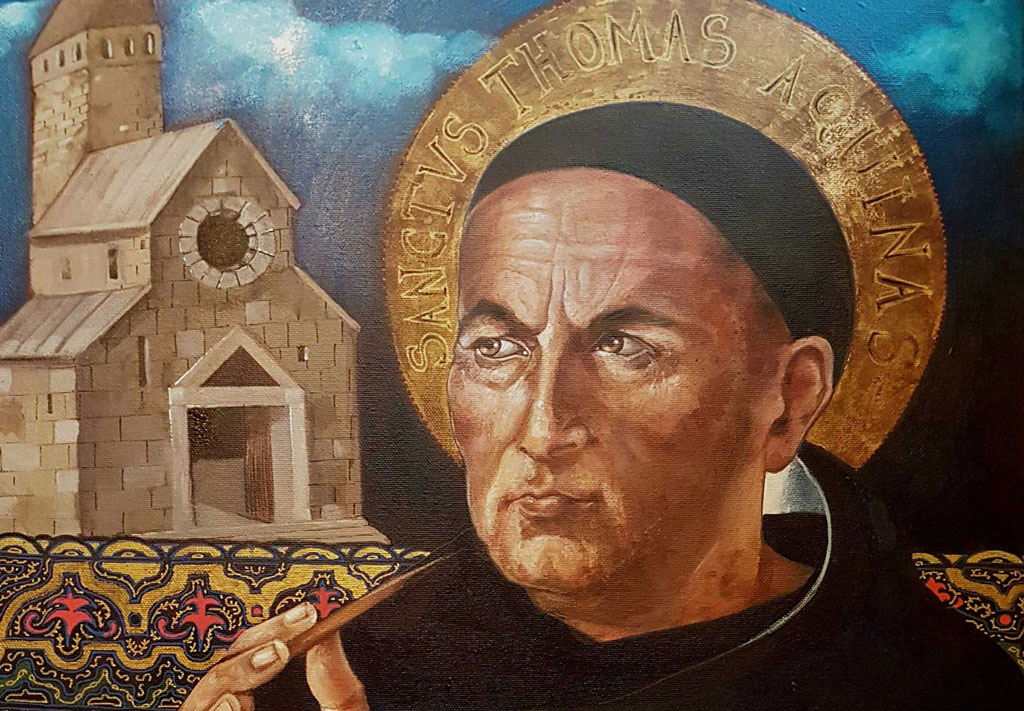 The Italian Dominican friar and immensely influential philosopher is regarded as the preeminent spokesman of the Catholic tradition of reason and of divine revelation. He is one of the profound teachers of the medieval Catholic Church, honored with the titles Doctor of the Church and Angelic Doctor.

The unity, harmony, and continuity of faith and reason, of revealed and natural human knowledge, pervades his writings. St. Thomas’ best-known achievements are his works of theology. These include the Summa Contra Gentiles, the Compendium Theologiae, and the great Summa Theologica – which was placed on the altar along with the Bible at the 16th century Council of Trent for easy reference during discussions. 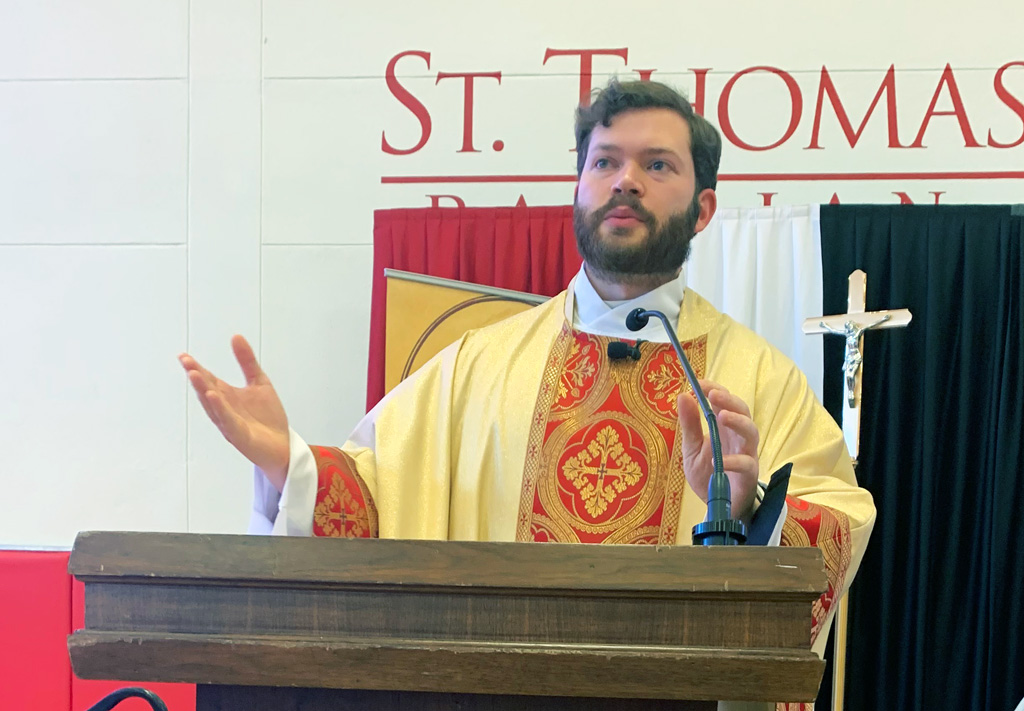 In his homily, Fr. Rivera emphasized that the St. Thomas scholars in attendance resemble their Catholic Basilian community, “continuing to grow every day” since their anonymous beginnings as freshmen, “developing and learning so much along the way,” similar to the parable in the day’s gospel. 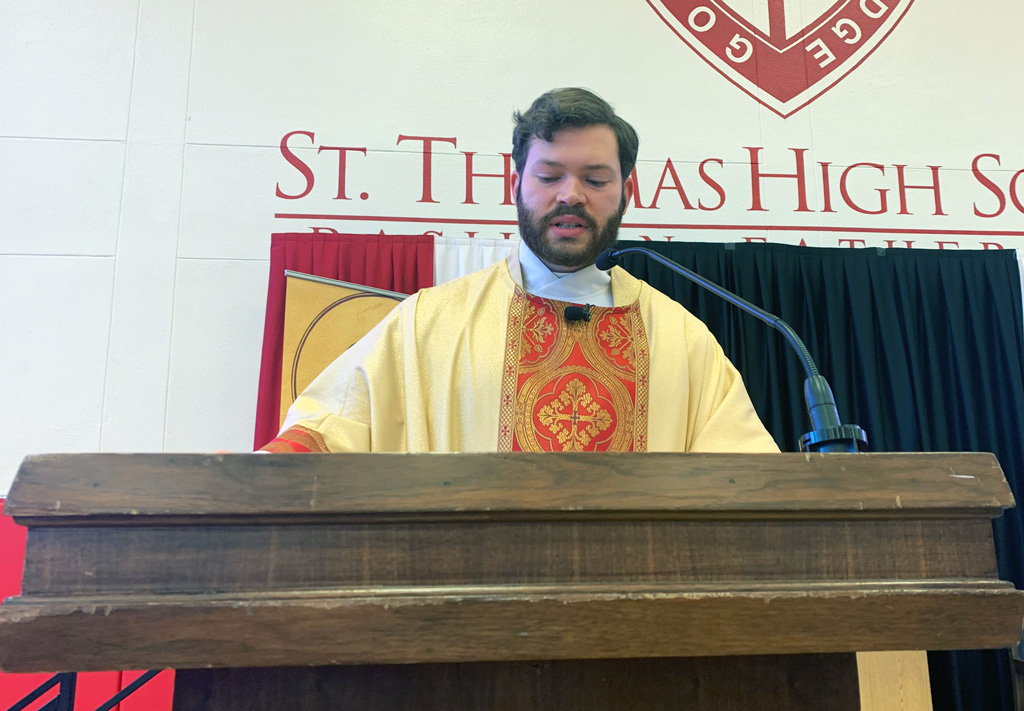 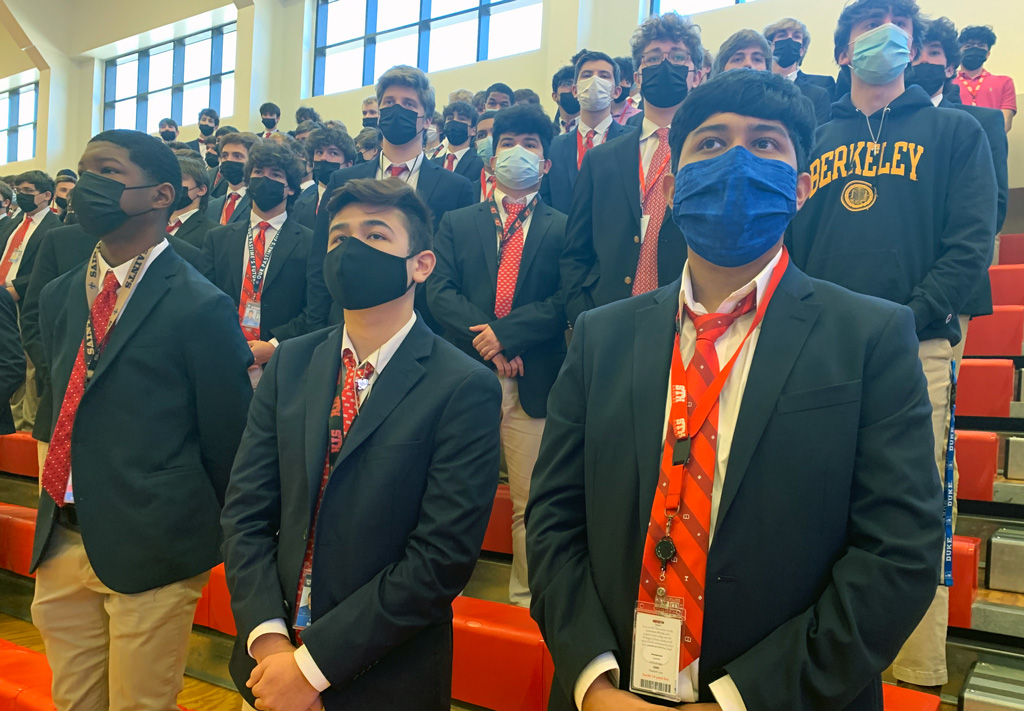 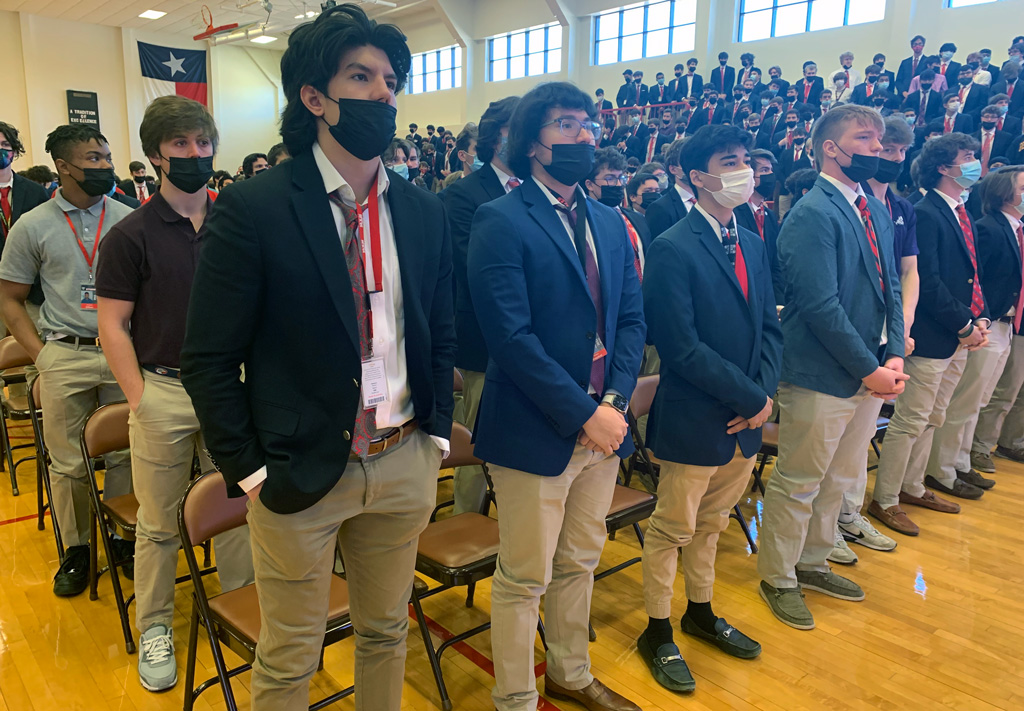 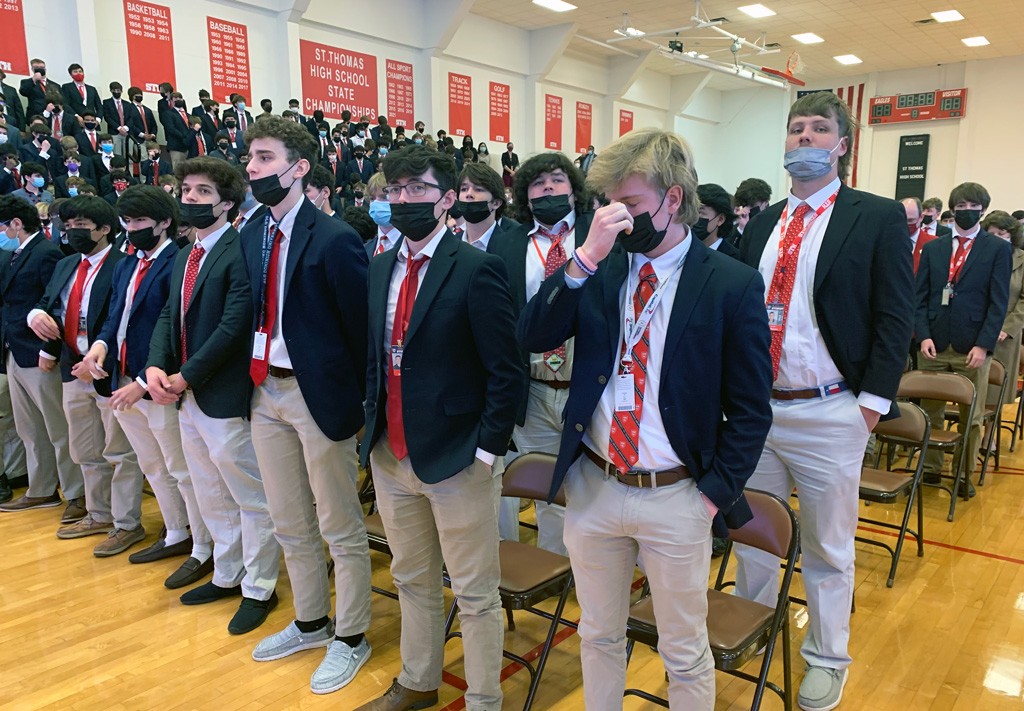 “Jesus compared the Kingdom of God to the mustard seed, the tiniest of seeds that may grow into the largest of plants. The Kingdom of God is made of people like you and me. Our own faith lives may appear small and insignificant but Christ can use us to build and expand his Kingdom.

“Before Thomas Aquinas emerged as one of the renowned leaders of the Catholic faith, he started like the rest of us. And from the smallest of beginnings, Thomas produced huge results. We may not reach his acclaim but we may all impact the Kingdom of God. We may still become saints in our own individual ways.” 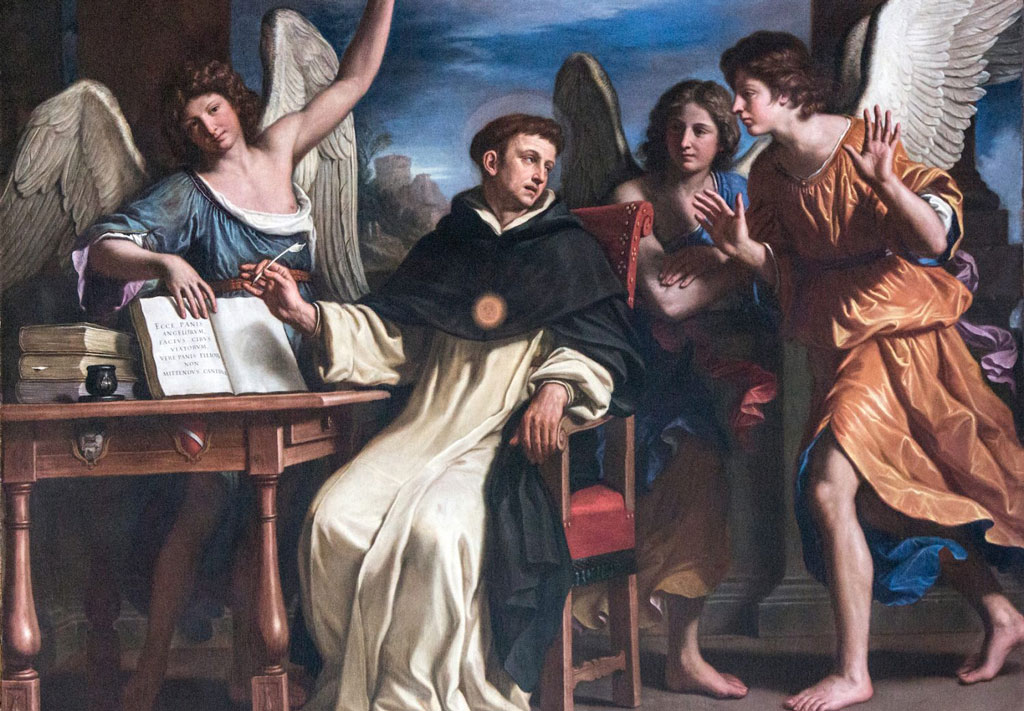 Come, Holy Spirit, Divine Creator, true source of light and fountain of wisdom! Pour forth your brilliance upon my dense intellect, dissipate the darkness which covers me, that of sin and of ignorance. Grant me a penetrating mind to understand, a retentive memory, method and ease in learning, the lucidity to comprehend, and abundant grace in expressing myself. Guide the beginning of my work, direct its progress, and bring it to successful completion. This I ask through Jesus Christ, true God and true man, living and reigning with You and the Father, forever and ever. Amen.

Friendship Brings Out The Best In Us from St. Thomas Aquinas:

The inner life of another that is known to God alone becomes to a much less degree open to us through friendship. It partially fills the desire of our incomplete, lonely hearts for completeness in another. Friendship brings out the best part in a person through forgetfulness of self.