WHAT YOU NEED TO KNOW
Raucous running back Johann Cardenas ‘24 romped and stomped, battered and bolted for 249 total yards with four rushing touchdowns and added a fifth on a flip from charismatic quarterback Donte Lewis ‘24 as St. Thomas blasted Fort Worth Nolan Catholic 45-28 in Catholic Bowl II at Ford Field at The Star in Frisco.

The verdict wasn’t as close as the final margin might suggest. Eagle Football rolled past 40 points in its third consecutive runaway win and racked four turnovers for the second straight week in staking its first 3-0 start since 2015. The dominant encore Catholic Bowl performance followed a 38-31 thrillarama verdict over Plano John Paul II in the inaugural 2021 event. 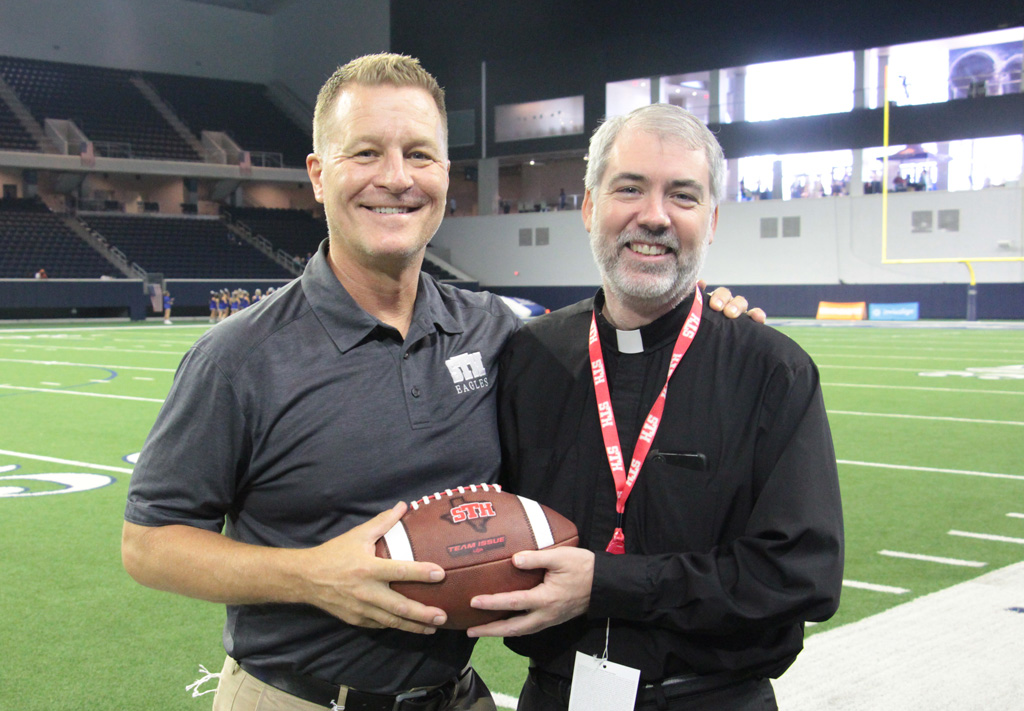 TURNING POINT
The Eagles closed the half flexing for an 87-yard march with Cardenas (18 carries for 191 rushing yards) converting a pair of third downs, first a screen catch-and-run worth 20 yards, then a 14-yard blast to set up a Lewis (19-38 for 265 yards) payoff to Preston Bowman ‘23 (five receptions for 30 yards) that raised the count to 28-7 at the break.

After Eagle Football recovered a fumbled kickoff to start the second half, the rampage runner took the second snap and dodged, ducked, and dashed away for 28 yards for his fourth score and an insurmountable 35-7 advantage. 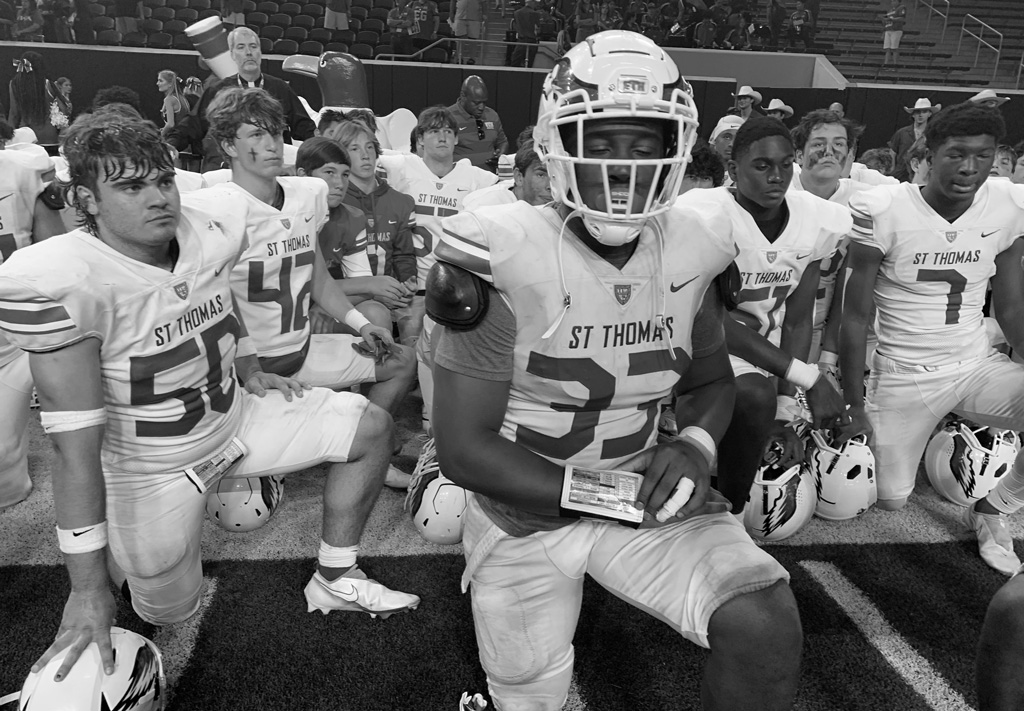 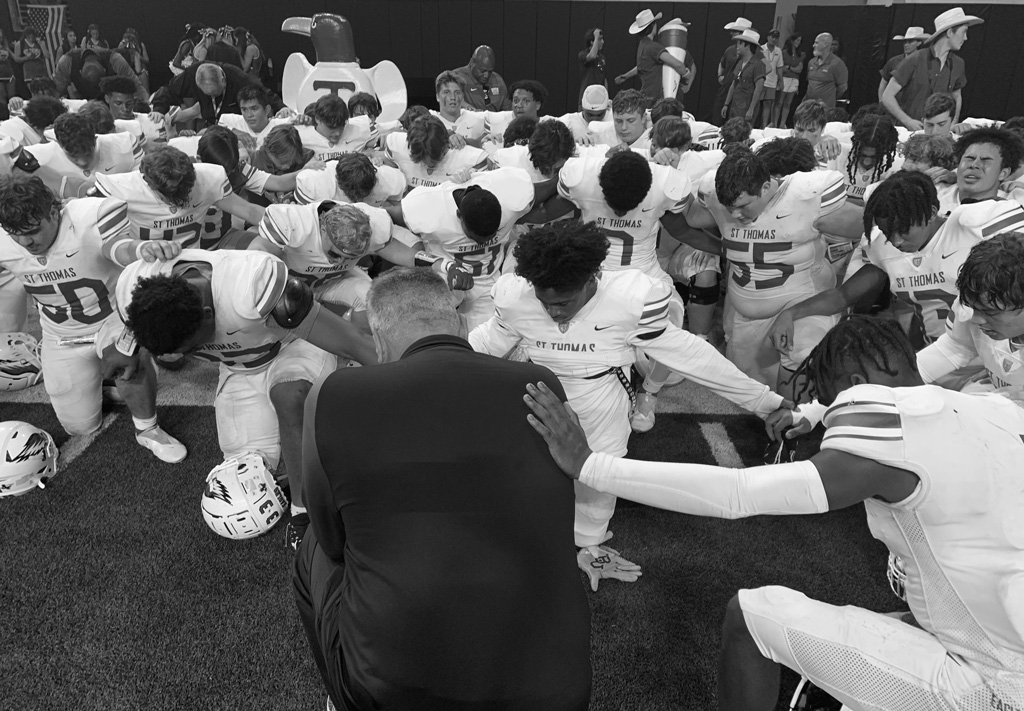 2. On the next St. Thomas possession, Cardenas collected a quick toss from Lewis in the left flat and expertly cut to the sideline for a 48-yard mad dash to give the Eagles the lead for good.

3. The 28-point scoring surge continued after consecutive possessions ended in interceptions. Eagle Football capitalized on a botched punt snap and needed only four plays for Cardenas to crash the right side for 21-7 with 9:49 remaining in the half.

4. Cardenas represented certain success in every high-leverage situation. Late in the third period, he stamped his career-best night with an emphatic exclamation – accelerating into breakaway gear and overmatching the final two tacklers deep in the Nolan secondary to finish a 60-yard lightning bolt score. Unbridled euphoria soon had its new poster man-child. 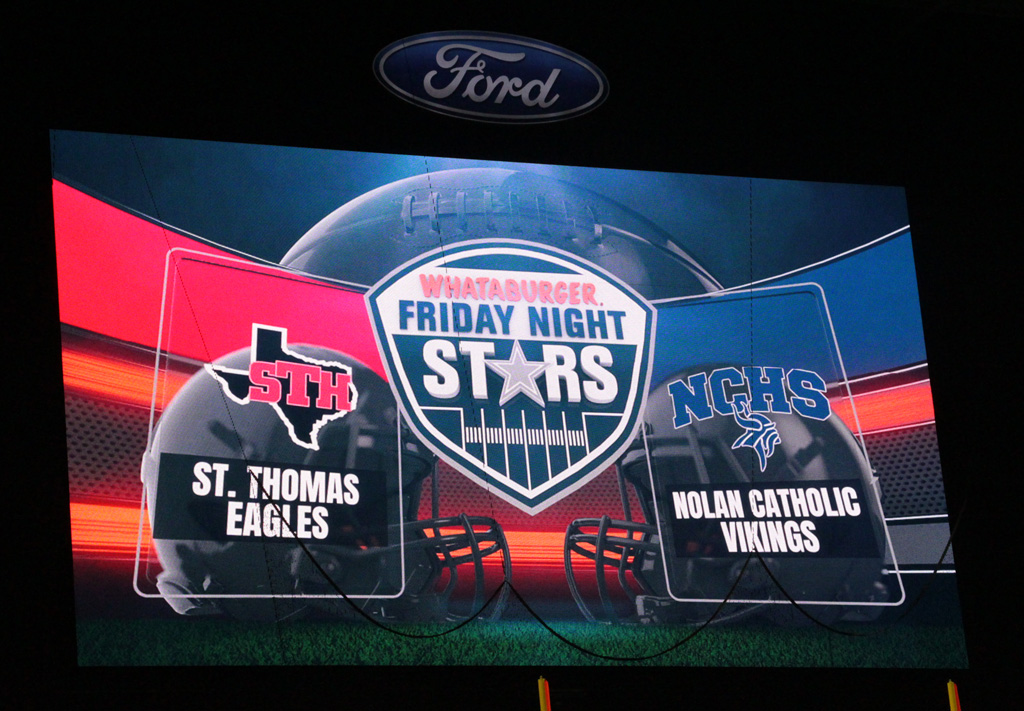 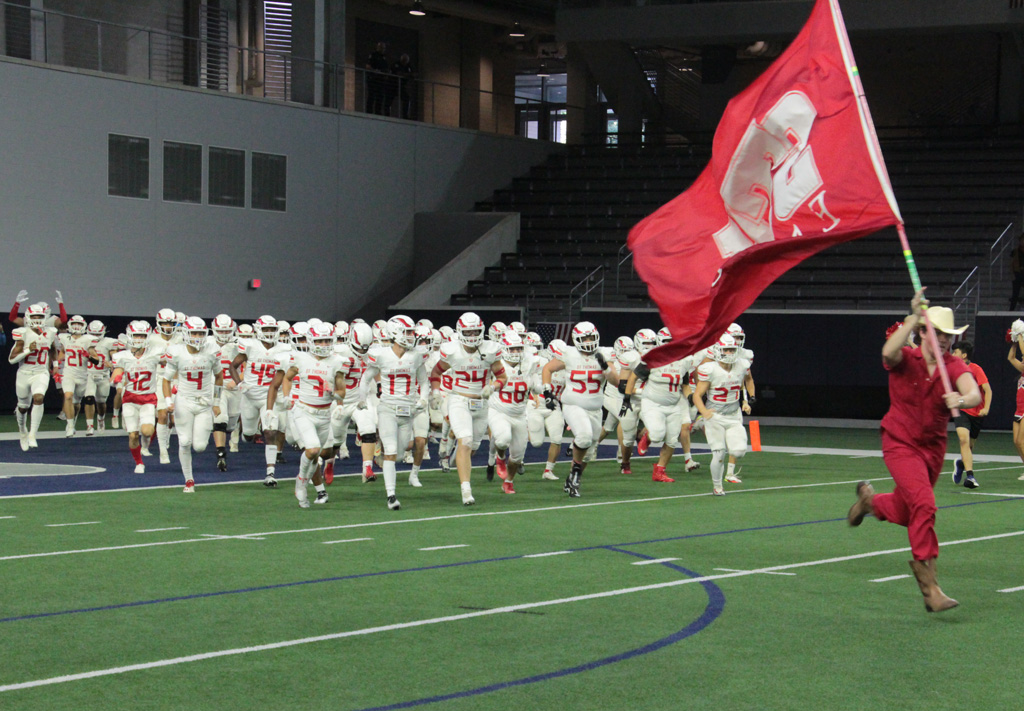 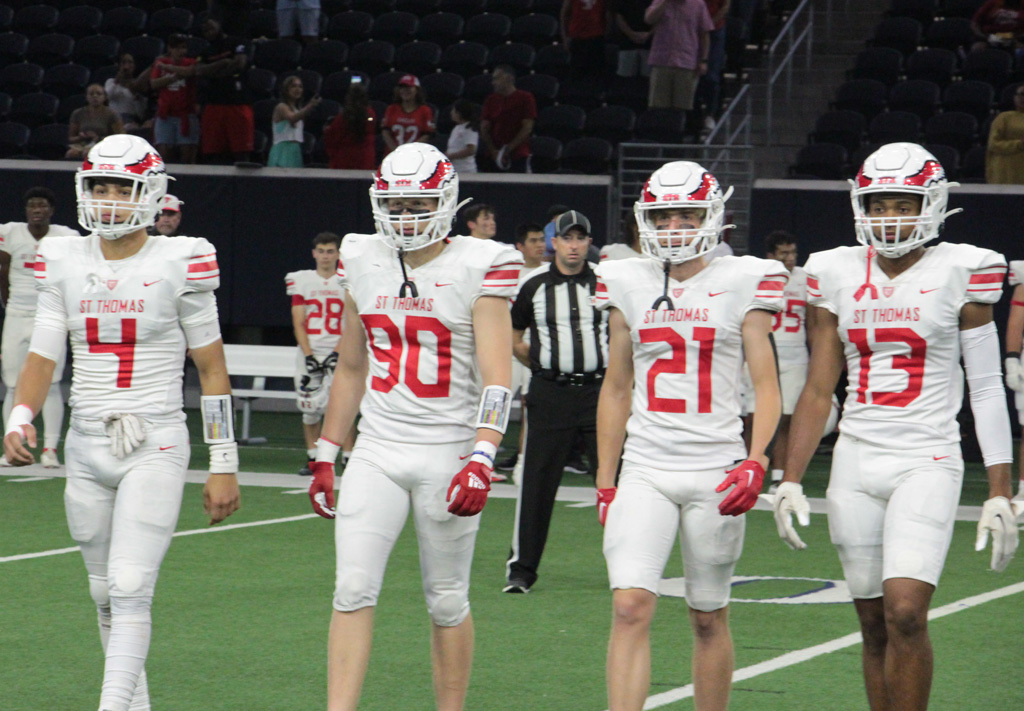 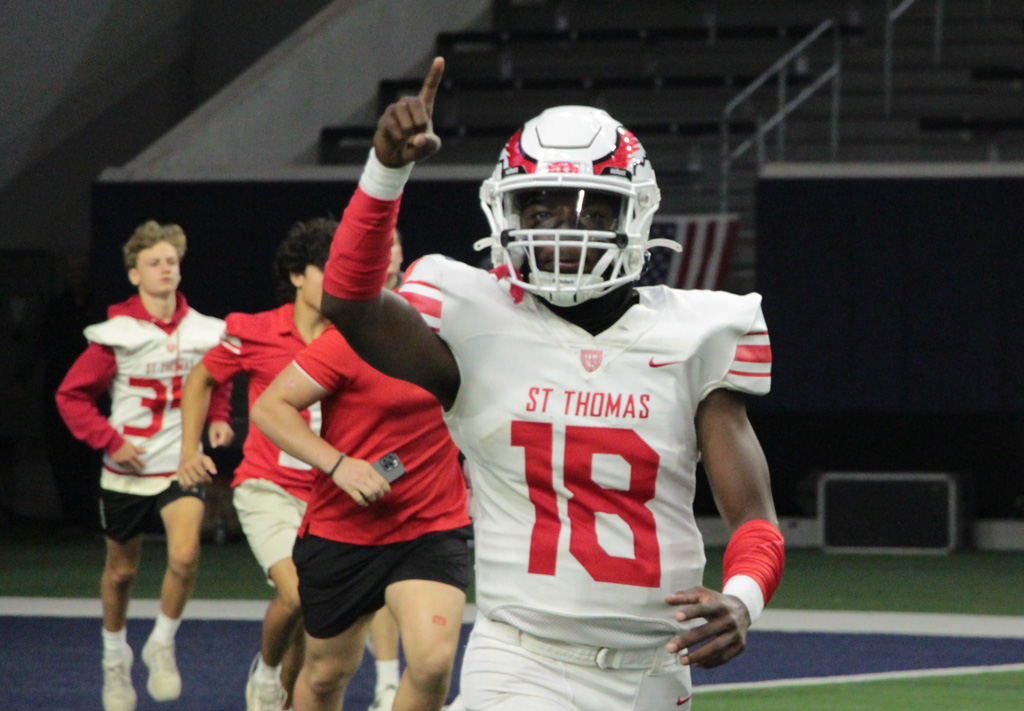 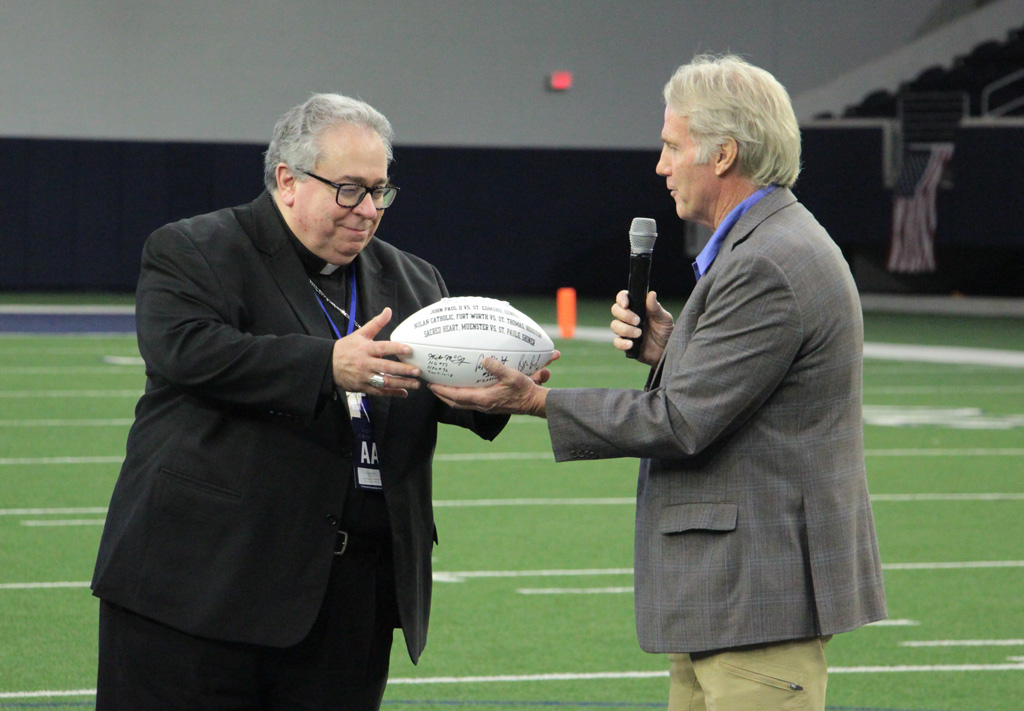 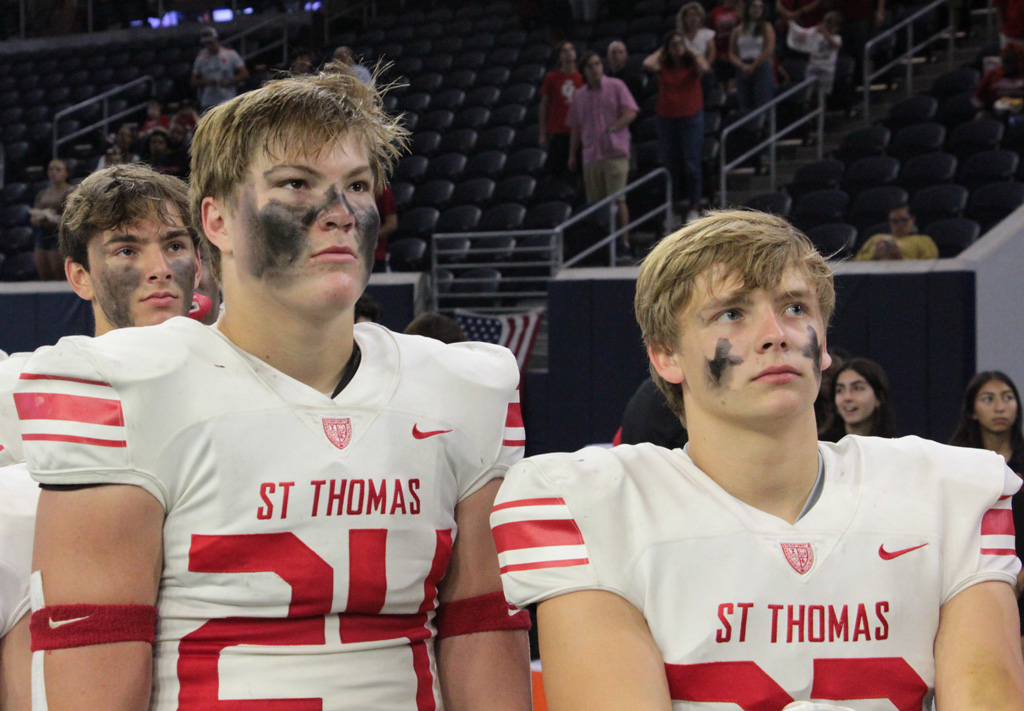 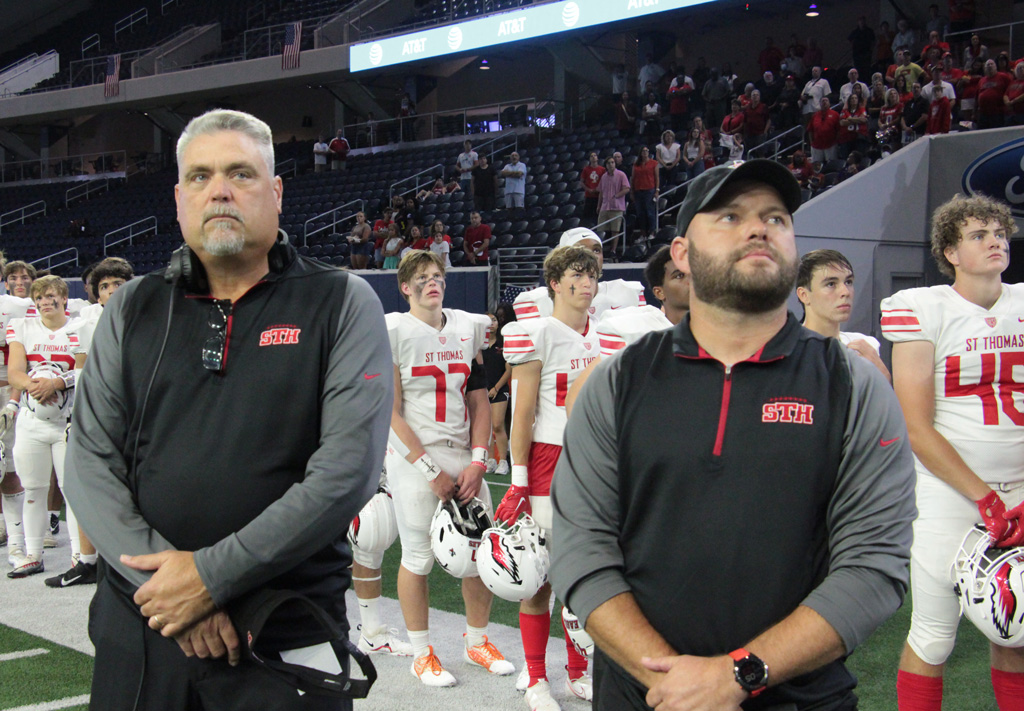 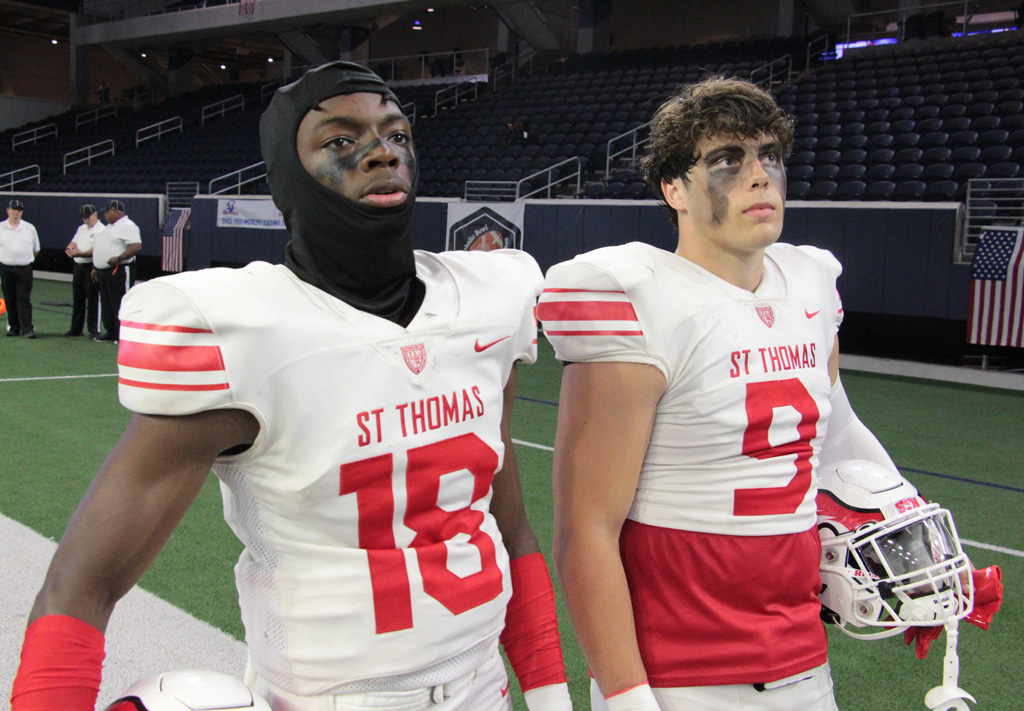 The tripleheader commemorated the 21st anniversary of the horrific 9/11 terrorist attacks that killed 2,977 people and injured thousands at the World Trade Center, the Pentagon, and in Somerset County, Pennsylvania. Lives were lost and millions forever changed by the deadliest terrorist act in world history. The Catholic Bowl was designed to climax a series of distinctive events and activities held to mark the occasion 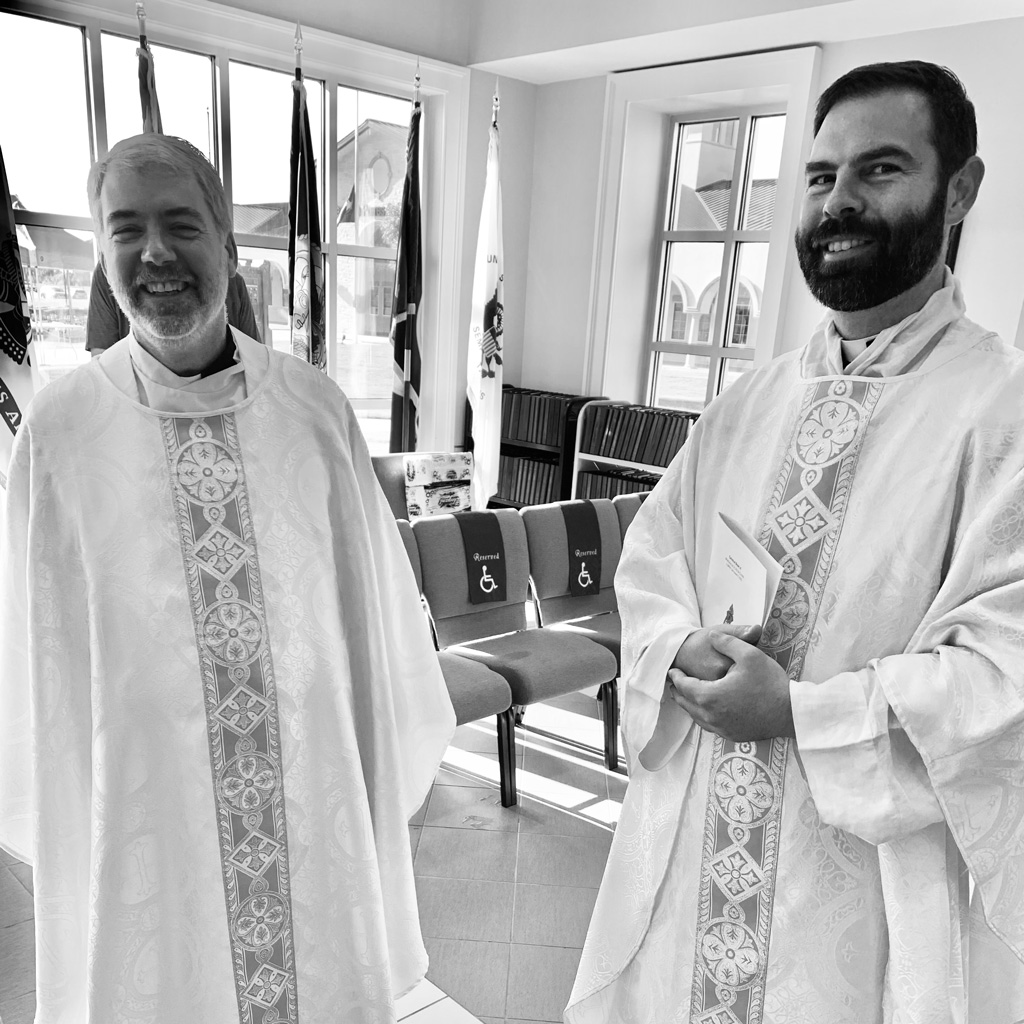 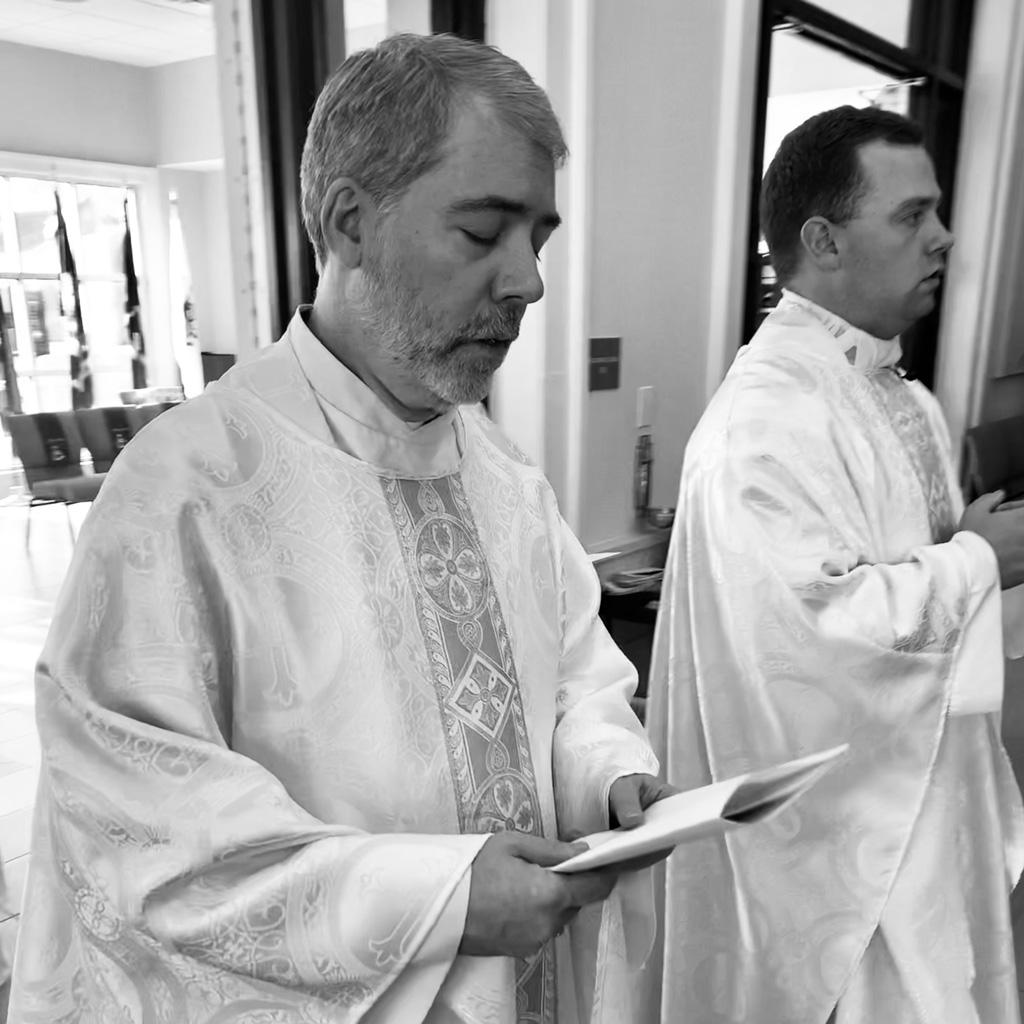 President Fr. James Murphy, CSB was a con-celebrant of the Friday night Mass for the participating teams at St. Martin De Porres Catholic Church in Prosper.

The joint venture between the schools is the genius of Patrick Steenberge, founder and president of
Global Football since 1996, an acclaimed exporter and producer of American football and marquee matchups for U.S. colleges and high schools to play internationally. 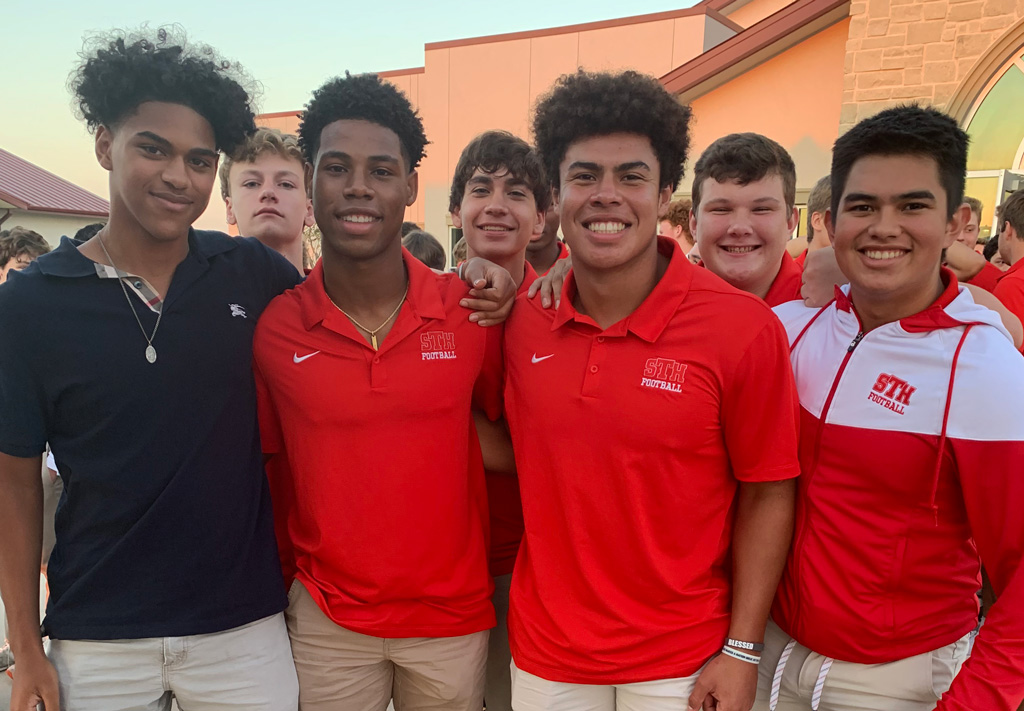 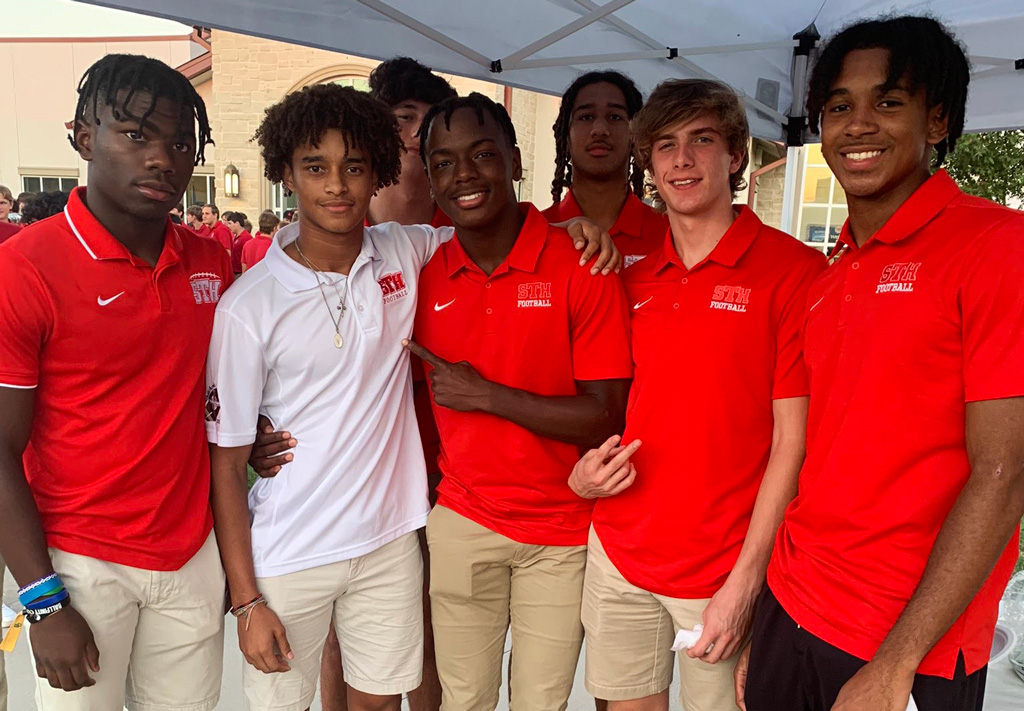 St. Thomas entered Week 3 the no. 5 private in the state by Dave Campbell’s Texas Football after beginning the season no. 9. The Eagles were third for the second consecutive week in the Houston Chronicle in the Greater Houston private school rankings. 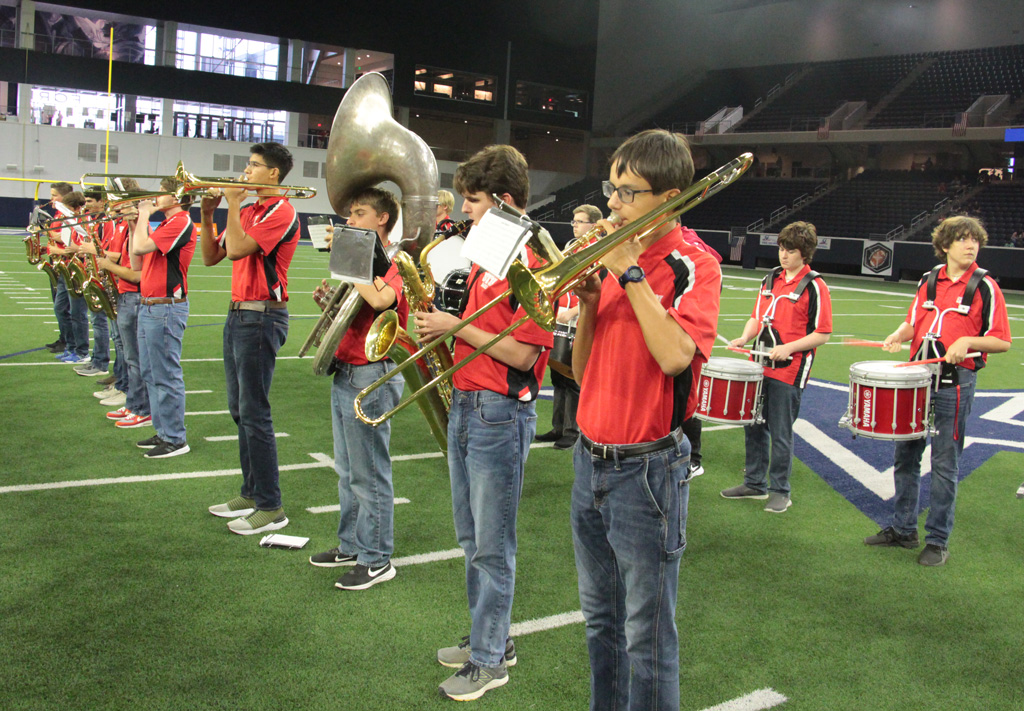 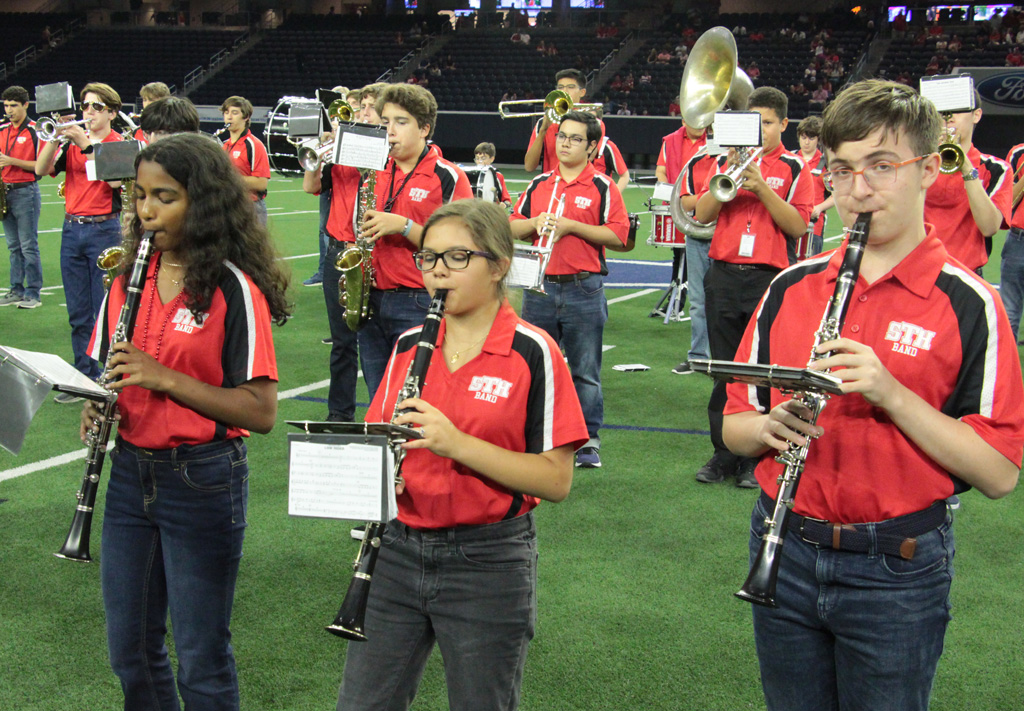 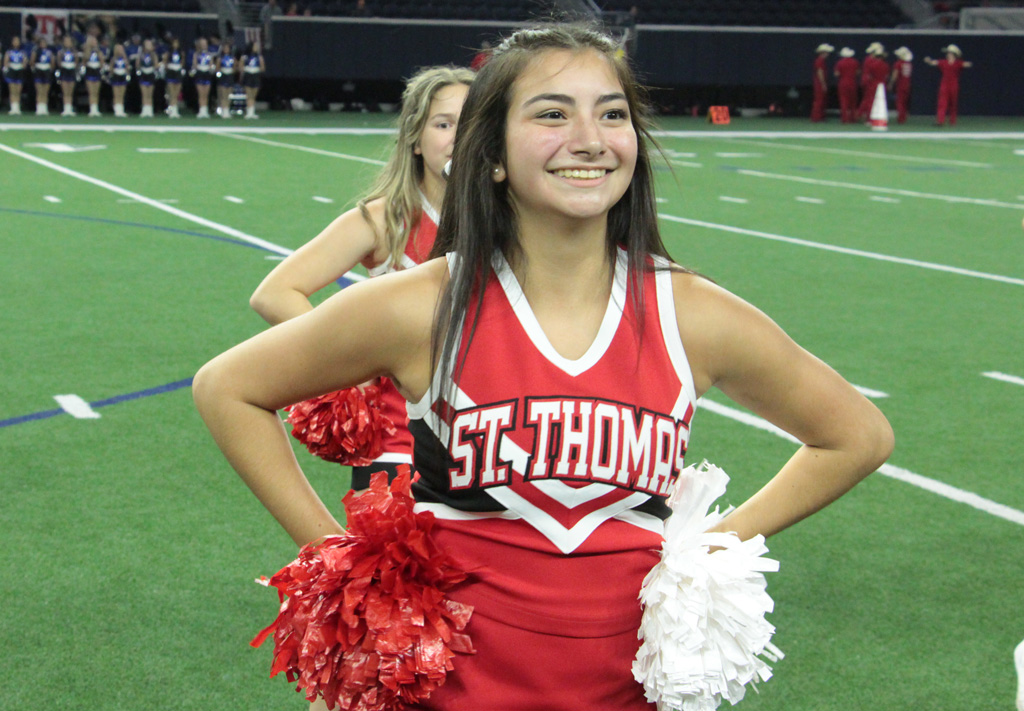 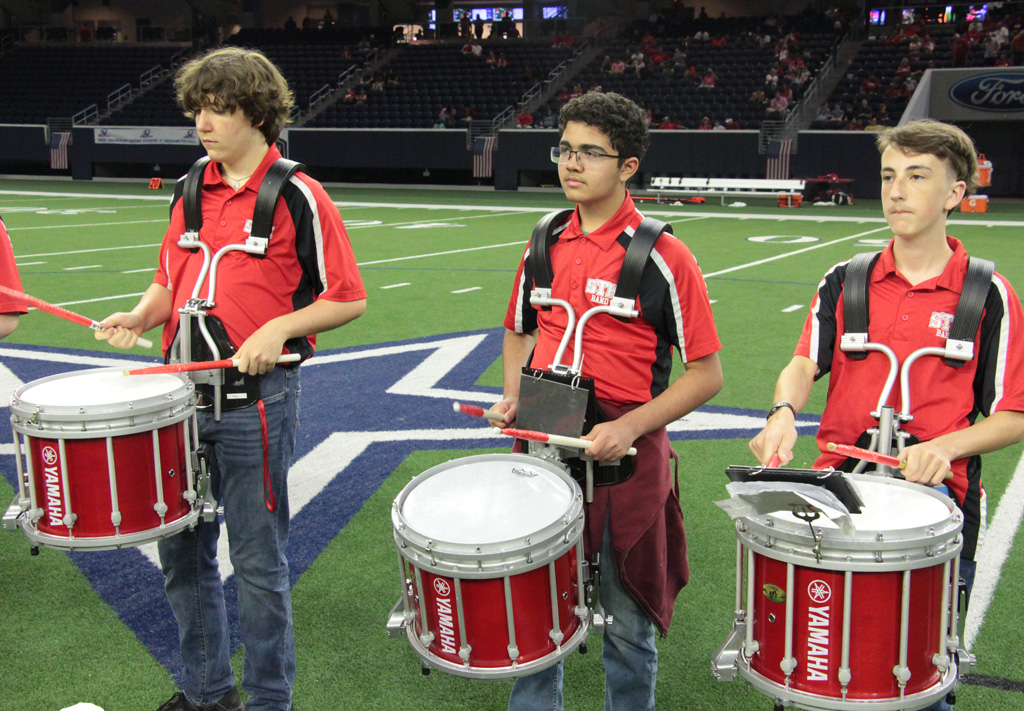 UPCOMING
Following an off week, the Eagles travel again to the Dallas Metroplex for a rematch with JPII (0-3), now coached by 2008 graduate Nick Schiele who replaced former Florida State national champion and five-year NFL cornerback Mario Edwards after just one season.