Today’s tale is of recovery and the long road to redemption.

A ringleader in a rash of addiction-fueled robberies resurrects from his self-created smoldering crater to signal a warning bell and become a beacon of hope.

An outrageous reversal from rock bottom. Reborn. To be a coffee bean. 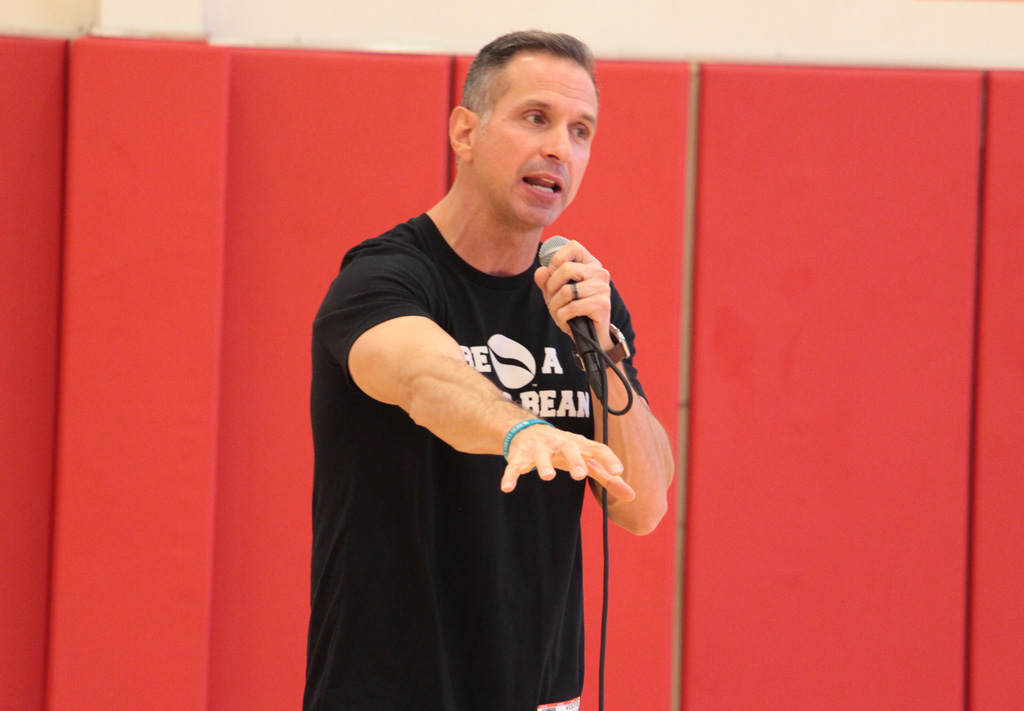 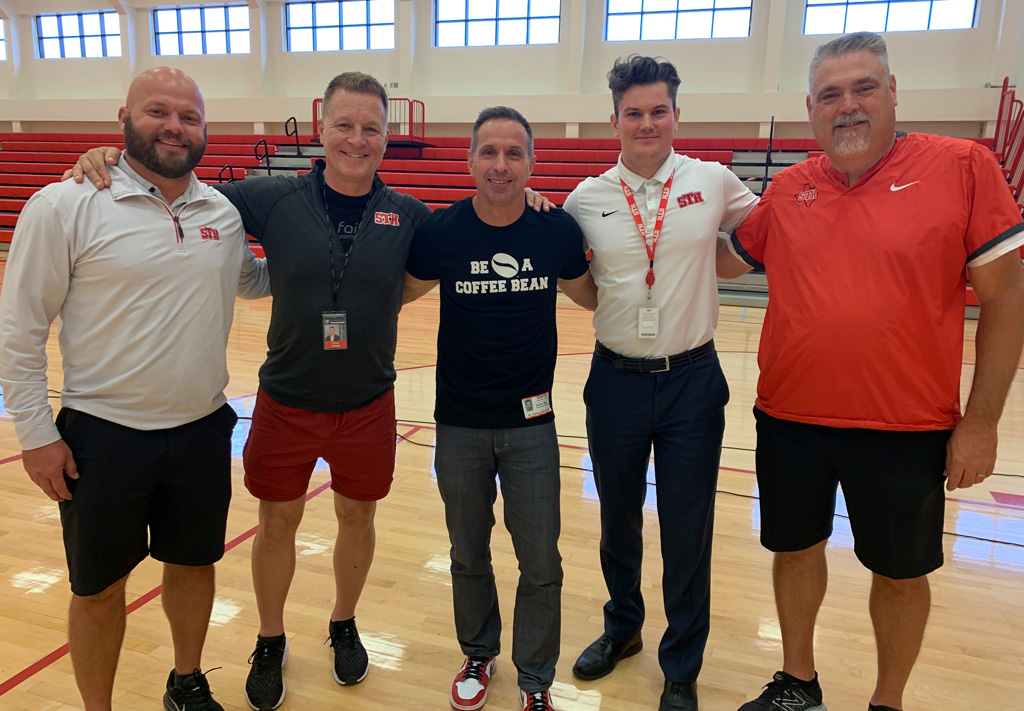 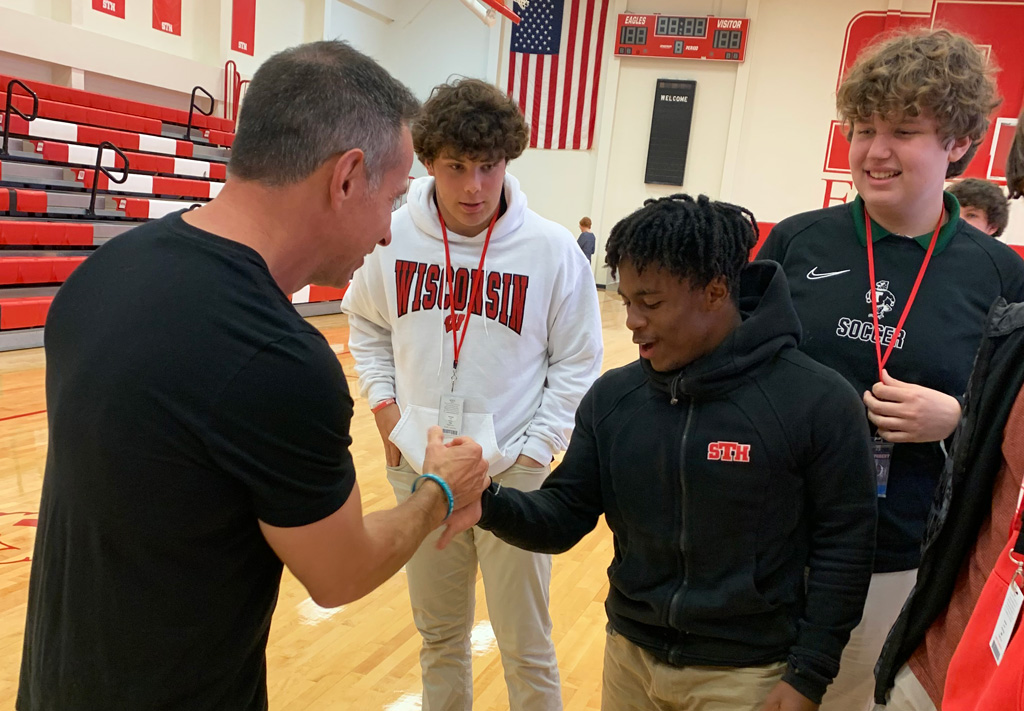 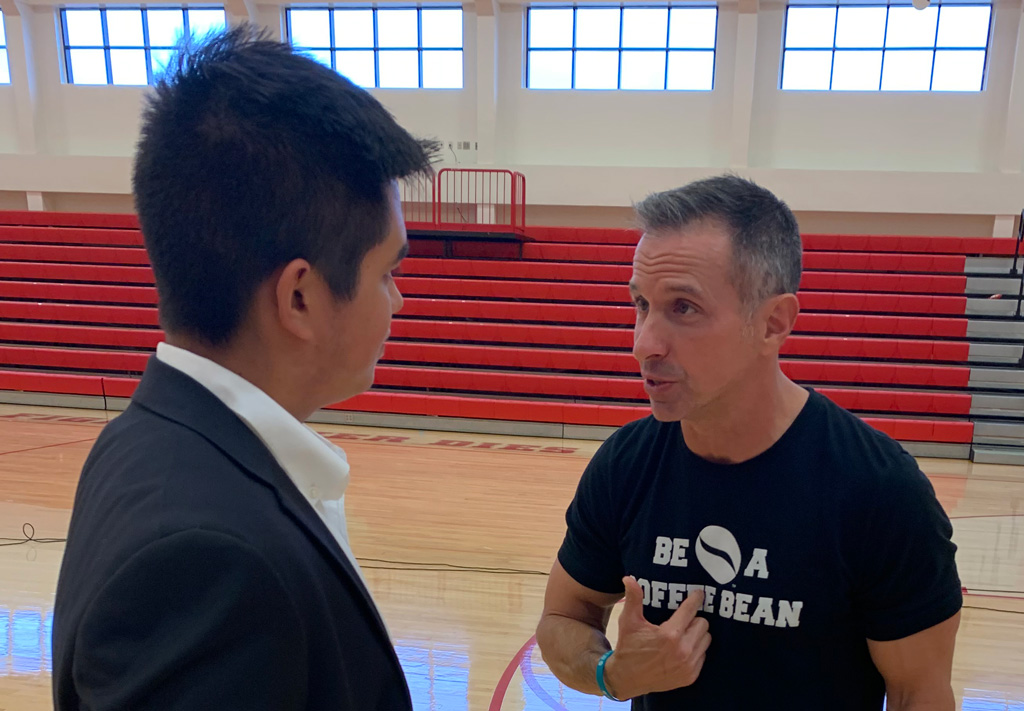 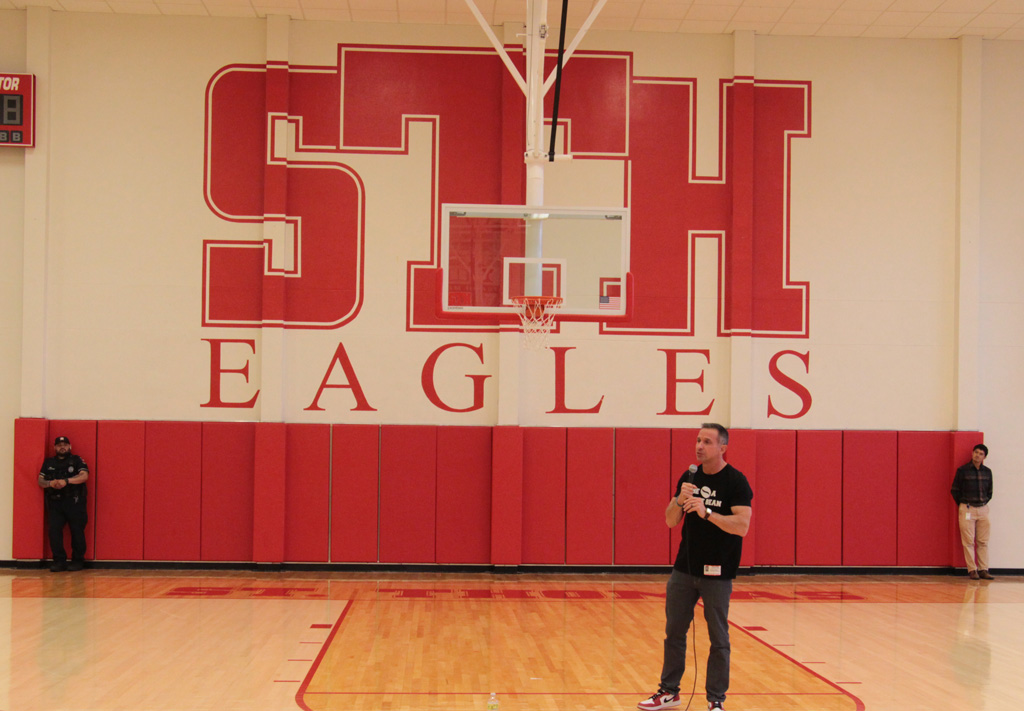 “I see myself in these students and more importantly I believe that many of them see themselves in me,” West says. “Their backgrounds are very similar to my own. They’re bright and ambitious, with middle-class family support and obvious advantages to be successful in life. If I can free fall and crash, it can happen to anyone. Drugs do not discriminate.”

West is more than two decades removed from his Catholic upbringing in southeast Texas that included brothers Brandon and Grayson, his mother Genie, a nurse, and his father Bob, the acclaimed Port Arthur News sports editor and writer for a half-century, championing athletes in equal measure with emphatic philanthropic and social justice efforts. 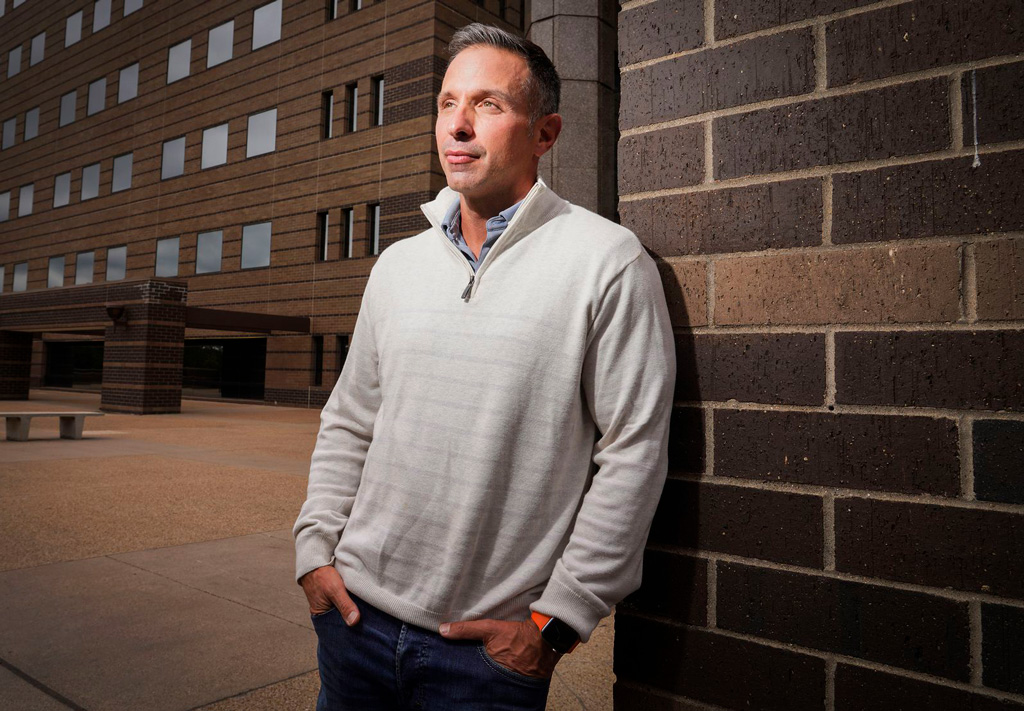 West rebounded momentarily after college, steered his passion for politics, and teamed first with former Texas Land Commissioner Garry Mauro, then Dick Gephardt in his 2004 presidential campaign. A career shift took West to the United Bank of Switzerland to become a stock broker. But a dependence on painkillers led to cocaine and then an introduction to methamphetamine. The spiral soon shifted into turbo drive.

To feed his escalating drug habit, West became the mastermind of a long series of brazen break-ins infamously known in Dallas as the Uptown Burglaries involving more than 50 highbrow home invasions and $1 million of thefts.

In July 2008, West was finally tracked and arrested. The condemning evidence was overwhelming. A jury at the Frank Crowley Courts Building in September 2009 required 10 swift minutes to convict the 33-year-old thief to 65 years in prison, a de facto life sentence. 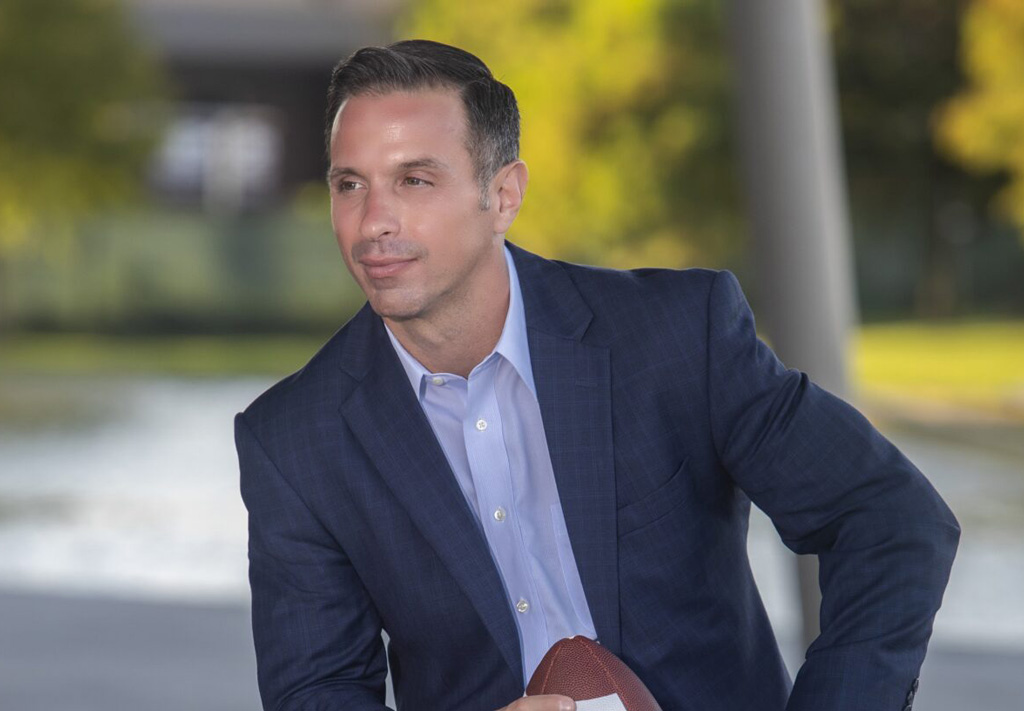 In his autobiography The Change Agent and in a book he co-authored with Jon Gordon entitled The Coffee Bean, West recounts an encounter with a Dallas County jail inmate in those first months of incarceration that proved life-altering. Mr. Jackson laid out to West what he could expect at the Mark W. Stiles Unit, a Texas Department of Criminal Justice men’s facility in Beaumont. West would be consistently if not brutally challenged – physically, mentally, spiritually – unlike ever before, to join prison gangs, to affirm that membership with sleeves of tattoos, to surrender to the violent lockup culture.

Mr. Jackson then laid out the analogy of prison and a pot of boiling water. Tossed into those blistering confines, you can become like a carrot, soft and weak. Or like an egg, hardened and shut off from the rest of the world. Or you can be like a coffee bean that changes the water around it for the better.

West believes he was divinely inspired, saved by God’s wisdom through Mr. Jackson, to “not win all my upcoming fights but to fight all my fights.” And properly “pay a debt that demanded to be paid” to both the wronged victims and his parents “who provided the moral compass to guide my life and I decided to ignore.” 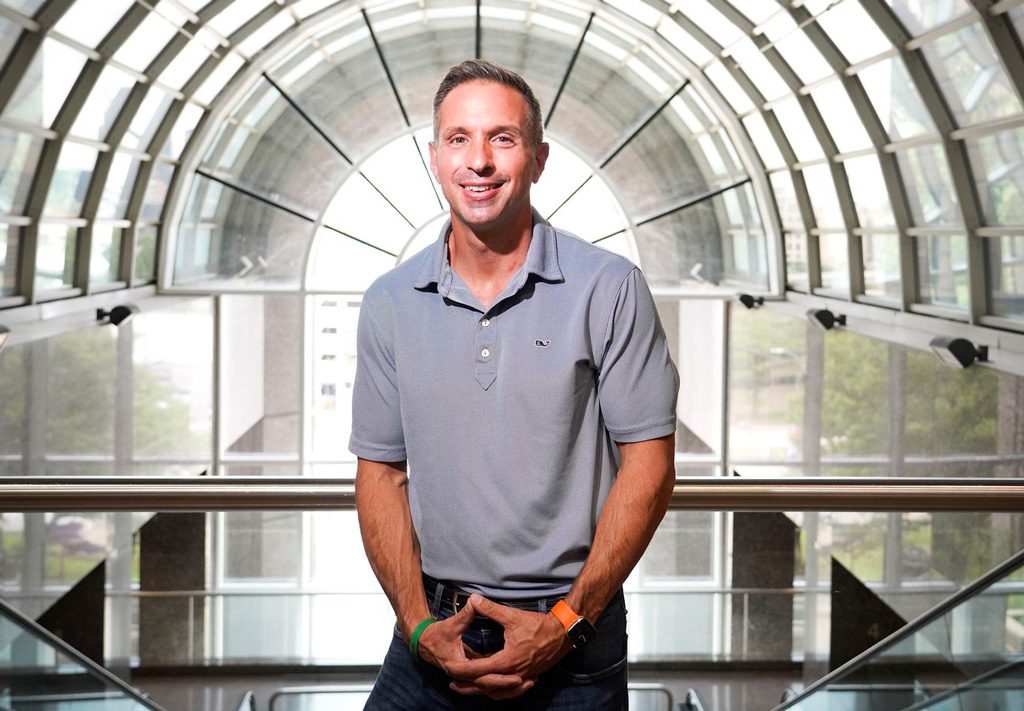 Damon West, inmate number 1-5-8-5-6-8-9 spent seven seemingly endless years displaying model coffee bean-like behavior, transforming himself and those around him. He earned his release in 2016 with a parole that is scheduled to last through 2073. His mesmerizing presence and compelling message have built a still-growing reputation and following on the speaker circuit. St. Thomas was but one stop on his crisscrossing of America sharing his testimony with Fortune 500 companies and championship-aspiring college programs, NBA outfits and prison inmates.

To be a coffee bean.

“My hope is always for everyone to know the power of Christ is inside us all to accomplish anything we want in life, regardless of the circumstances on the outside,” West says. “And once you unlock what is inside you, you can change your environment and yourself.

“I met recently with a guy who first heard me as a 17-year-old in southeast Texas. Initially, my only opportunities to speak were at local groups and churches. Now he’s the sales manager of his company and he told me, ‘I use the coffee bean message every day. I’ve used it every day since I was a high school senior. My sales team uses it. Come talk to my company.’ You never know when you can impact someone or when it will manifest. Maybe tomorrow, maybe a decade from now.”

In his stunning, inconceivable Phoenix rise from the ashes, West received his Master of Science in Criminal Justice from Lamar University and has contributed as an adjunct professor at the University of Houston Downtown. His countless interactions continue to mount, his cause and effect producing immeasurable interpersonal results and resolve. His sincere and serious message strikes with ferocity in those in most need and perhaps most forcefully within the messenger himself. 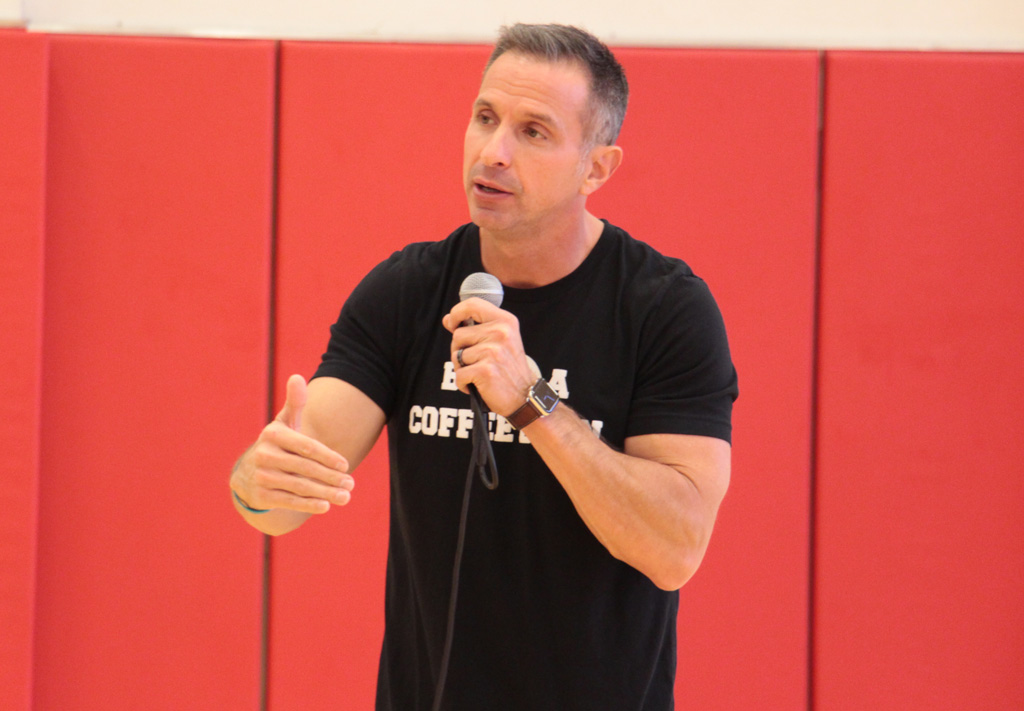 “I get to stay sober,” West says without hesitation when describing his takeaway from his new-found calling. “I’m an addict. Every day I have a recovery program that insists I get outside of myself to serve other people. That is how I stay sober. So engaging a group and sharing my story, whether it’s with Dabo Swinney and Clemson football or Nick Saban and Alabama or Lane Kiffin and Ole Miss or St. Thomas or the Los Angeles Dodgers or corporate board members, it’s a call to action. Maybe a chance to help save others while saving myself.”

Be a coffee bean. Now and always.