WHAT YOU NEED TO KNOW
Quarterback Peyton Matocha ‘19 passed to receiver Dylan Dixon ‘19 for one touchdown and dived in for another but the Eagles’ octane went empty in the second half to end the regular season with consecutive district losses.

TURNING POINT
The Eagles (3-5, 1-2) trailed 28-14 midway third quarter when SPX exploded for four touchdowns on its next five possessions against an injury-plagued defense while St. Thomas stalled in a stretch of five consecutive punts including three three-and-outs.

A blocked punt set up SPX for a short-range touchdown toss that closed out the scoring with roughly five minutes remaining in the game. 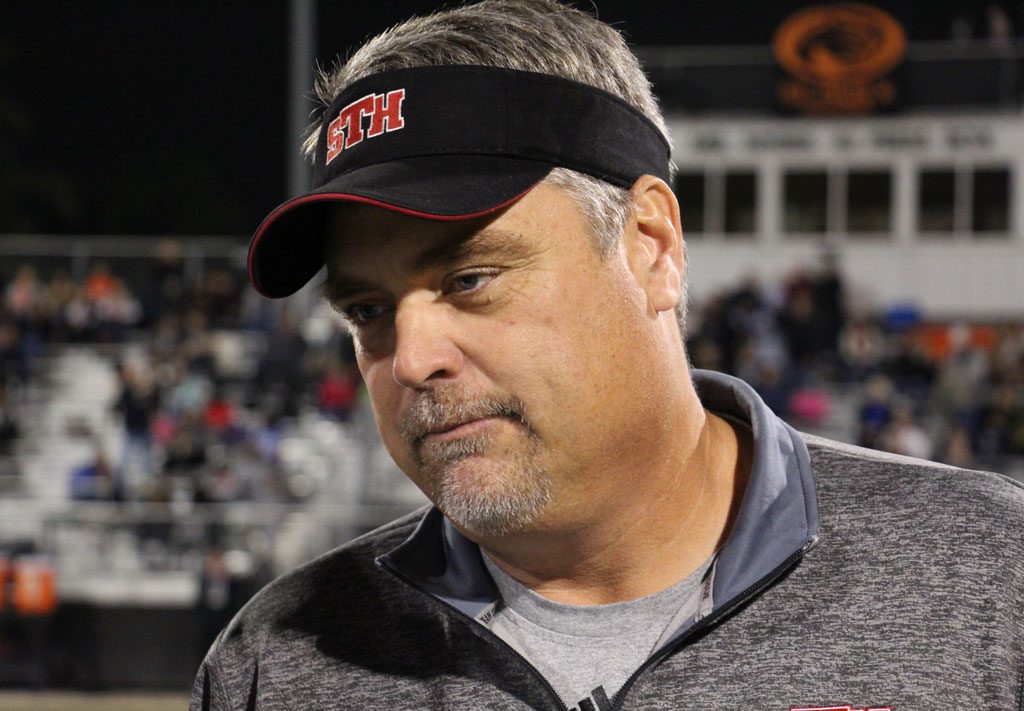 Head Coach Rich McGuire
“I saw the effort that we needed. We kept taking swings. Our defense held up as much and as long as they could. We had Matocha going both ways, playing safety for the first time this season. He wants to win and that competitive nature is what this team is about. We just didn’t have the punch to keep pace.”

TURNING THE TIDE
The Eagles surrendered a touchdown on the fourth snap of the game and trailed 14-0 with five and a half minutes left in the opening period.

But a fumble recovery by Eli Young ‘18 gave Eagle Football a boost and possession at midfield. Matocha quickly conducted a 10-play drive for points, converting two third downs before discovering some magic on a fourth-and-four just inside the red zone. 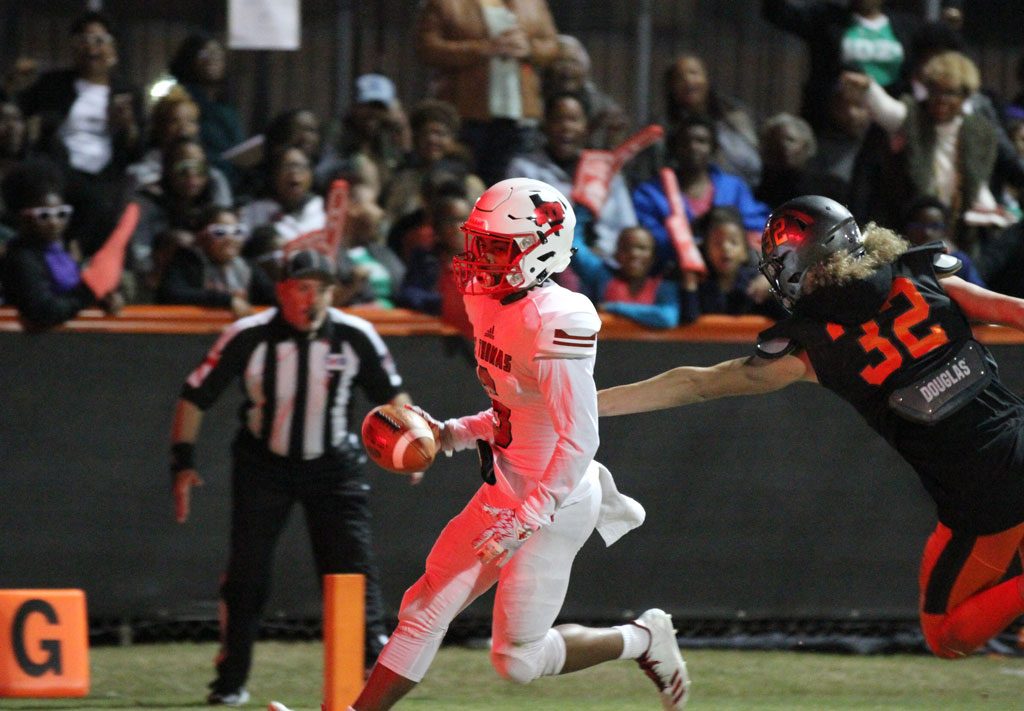 Matocha mad scrambled from the pocket to the brink of the left sideline, pivoted back to his right and while chased spotted Dixon alone in the right corner near the goal line to slice the deficit to 14-7. 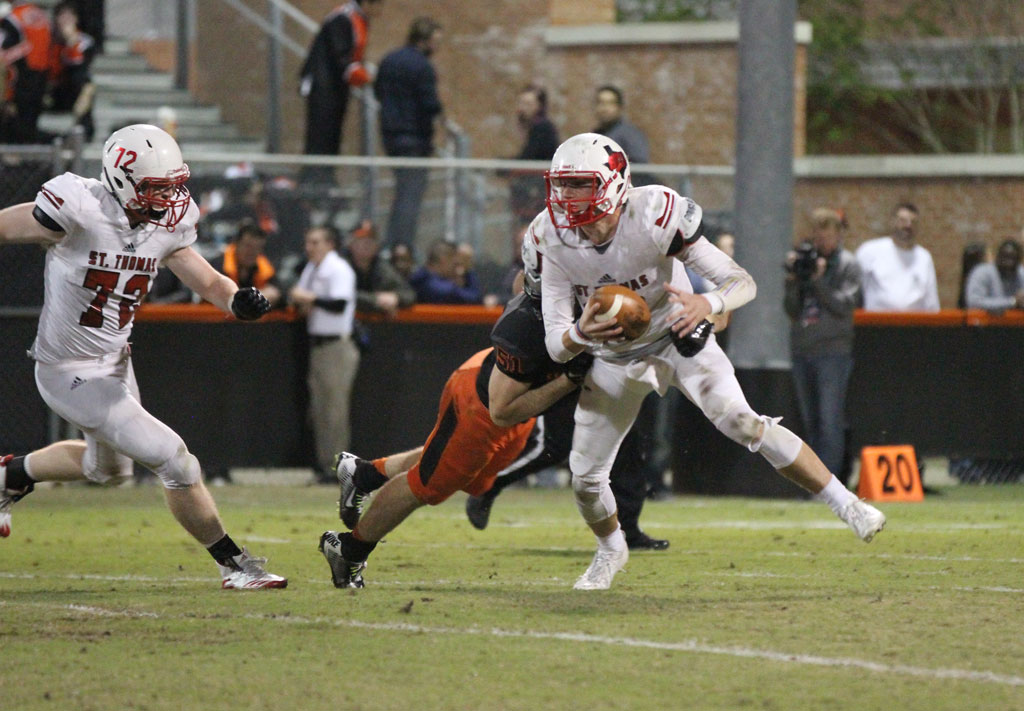 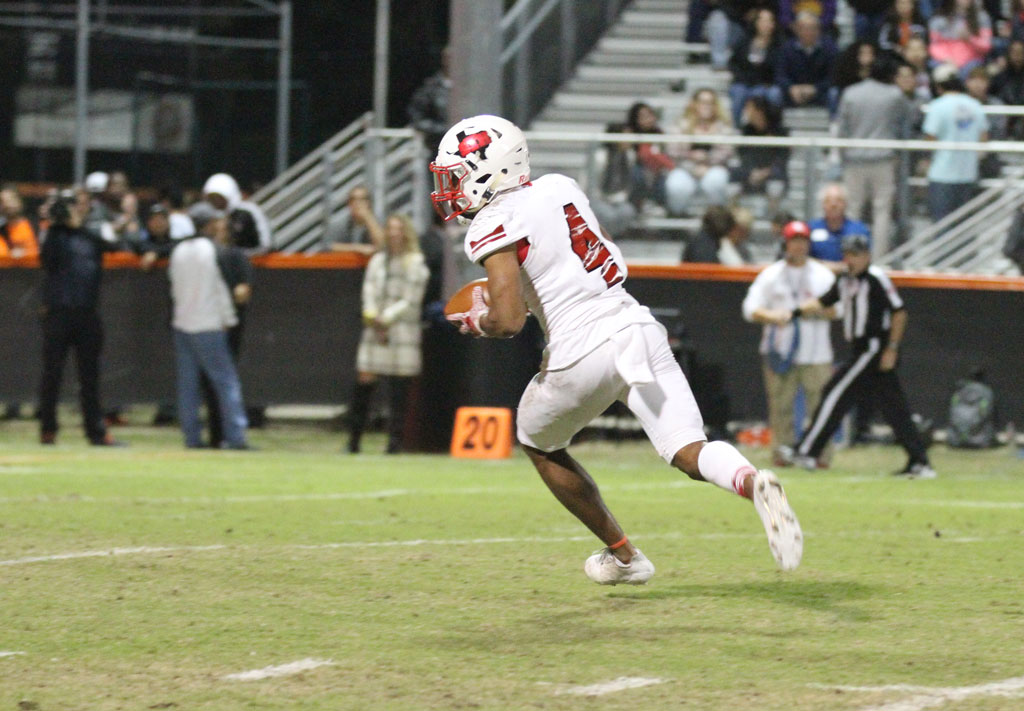 Down 28-7 early in the second half, Matocha sizzled a completion to receiver Parker Nelms ‘18 streaking left to right deep in the SPX secondary for 49 yards to the edge of the end zone. Matocha needed two keepers for the final yard and a manageable 14-point deficit.

But that’s as close as the count would get.

FRIDAY NIGHT FIVE
Two plays into the second period Hunter Cheek ‘19 hauled in a rainbow throw from Matocha and glue-gripped the catch for 38 yards despite a simultaneous hammering hit. A second Cheek reception for 15 yards moved the Eagles inside the 10-yard line but the series resulted in no points when Matocha was gang tackled for minus yardage on fourth down and less than a yard.

After allowing a quarterback keeper for a short-range score on the final play of the first half to fall behind 21-7, the Eagles appeared ready to counter-punch with the first series of the third quarter. From midfield Matocha escaped for a spinning, twisting, refuse-to-go-down carry for 15 yards and the Eagles’ most determined run of the game. But he lost control of the ball on his way down and the fumble stifled the threat. SPX needed only 90 seconds to travel 70 yards for the touchdown to push the deficit to 21 points. 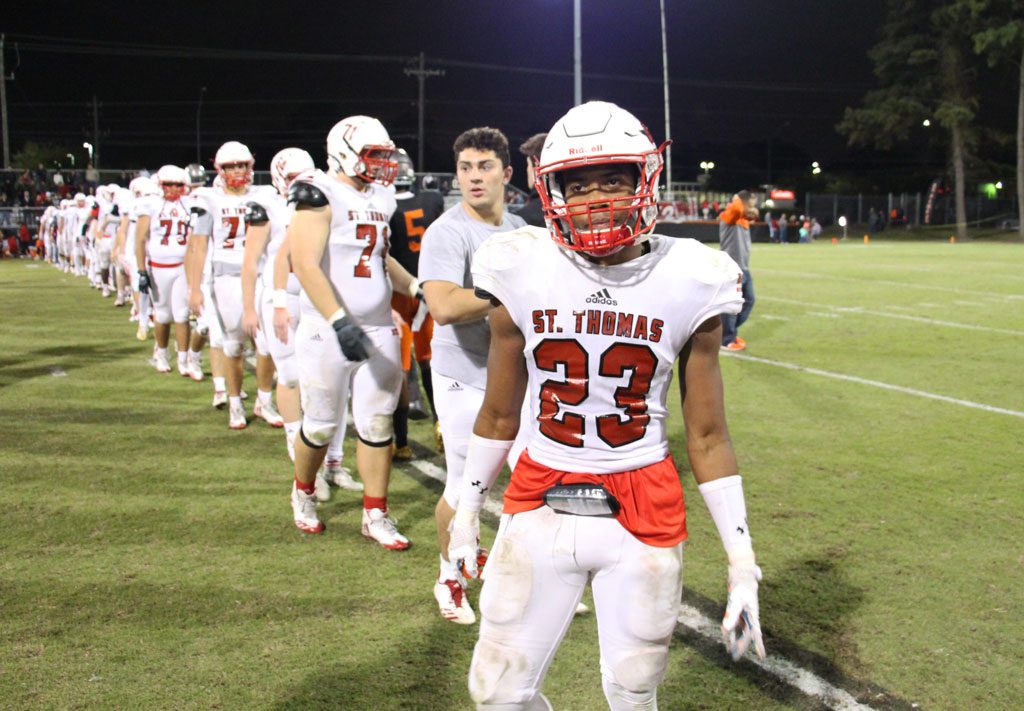 Three plays into the fourth quarter defensive back Jackson Reece ‘18 charged from the left corner for a rib-racking collision that forced the second SPX turnover.

For the second consecutive year, the Eagles closed out with a five-loss regular season. The delayed start to 2017 was played out after scheduled games with The Kinkaid School, Strake Jesuit and College Station were canceled by an abrupt Hurricane Harvey hiatus and the wettest weather event ever to hit the continental United States, producing punishing flooding and destruction in an assault on Greater Houston and the Texas Gulf Coast.

For the first time in seven seasons, the Eagles will not host a playoff game at Hotze Field inside Granger Stadium. 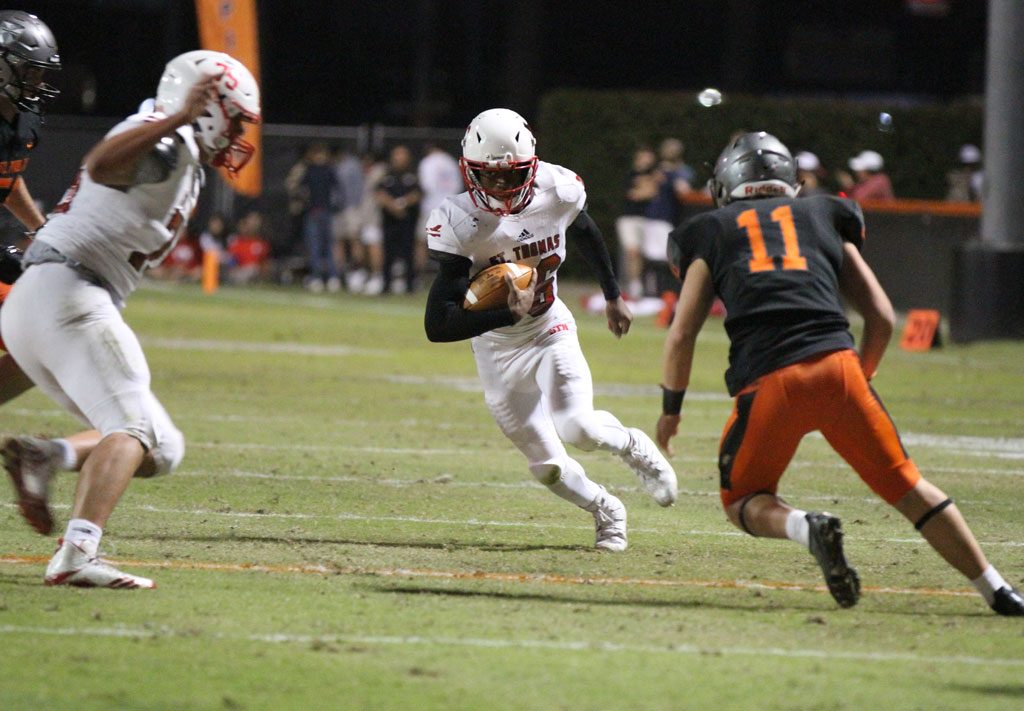 After back-to-back district defeats the Eagles must defy conventional wisdom to mount a march during the month when the only metric that matters is the scoreboard, their postseason lives either thriving in the moment or dying on the vine.

UPCOMING
The Eagles will tangle with an 8-2 outfit that finished as the runner-up to undefeated and defending state champion Dallas Bishop Lynch in District 1 and has won four consecutive games by a combined margin of 160-33. 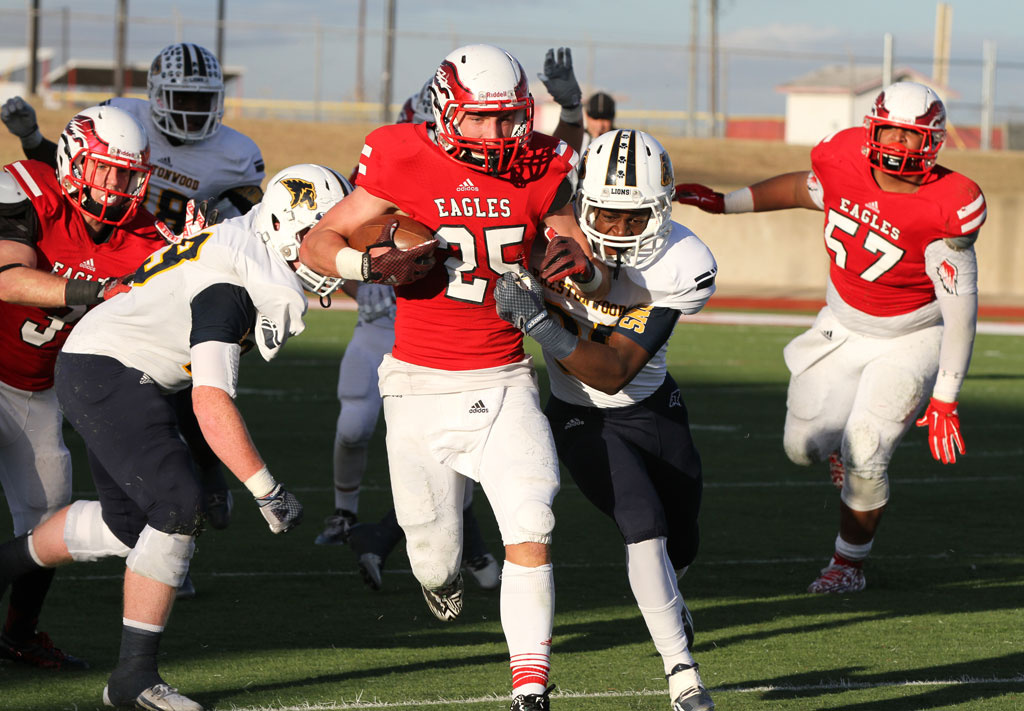 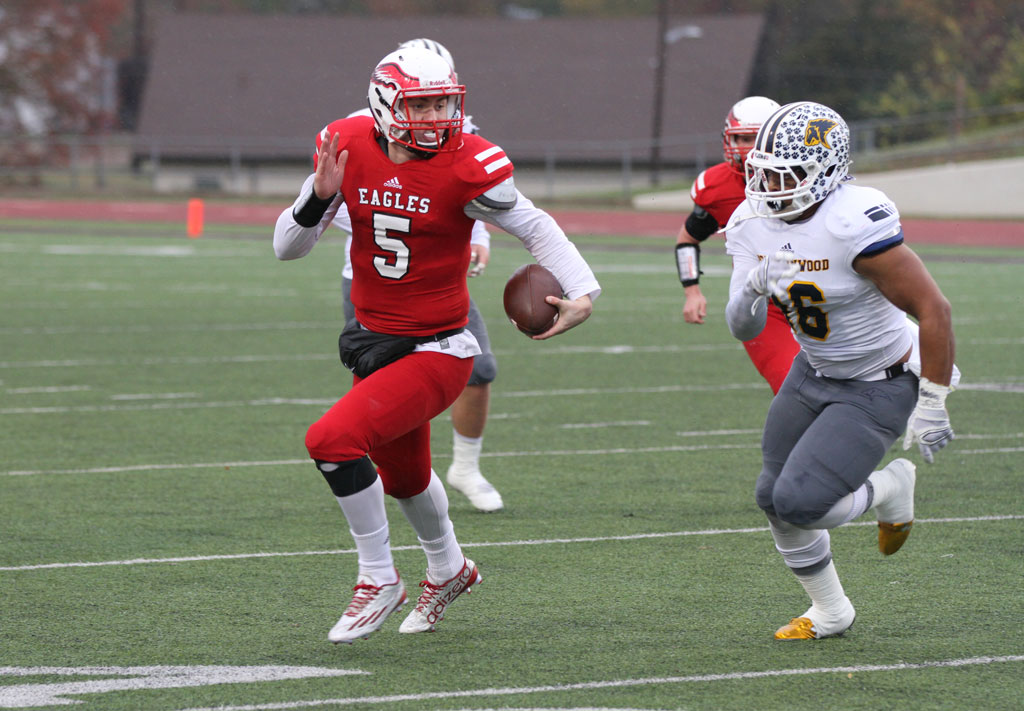 Eagle Football met PCA in consecutive state semifinals with St. Thomas dropping a 28-14 decision in 2014 and then absorbing a 49-23 setback to the eventual state champions in 2015. 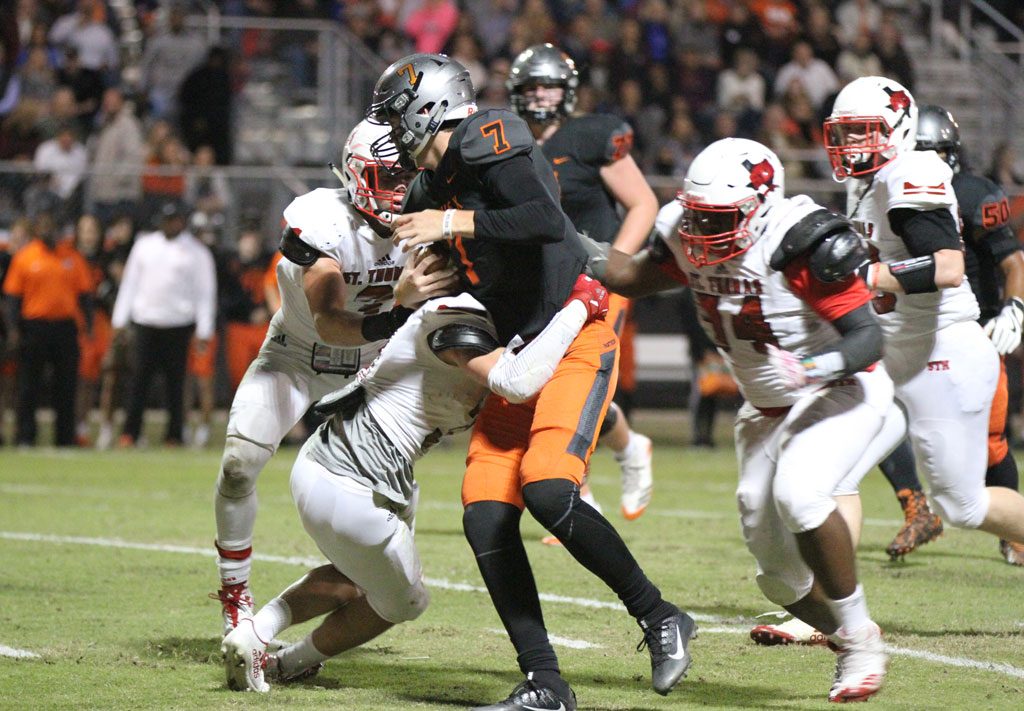 “We’re physically beat up but mentally is where we need to recover quickly. We’ll find out during the immediate video if we have the edge to go on the road and meet the challenge. We have to bounce back and I believe this team will. We have to execute from the start, get in front, put the other team in catch-up and we’ll see what happens.”

So come on, watch me
Stay up late
Come on, everybody
We got to congregate
We say hey, it’s a new day
Hey, I’m on my way
I wouldn’t stay, but if you made me
Bring on the next phase 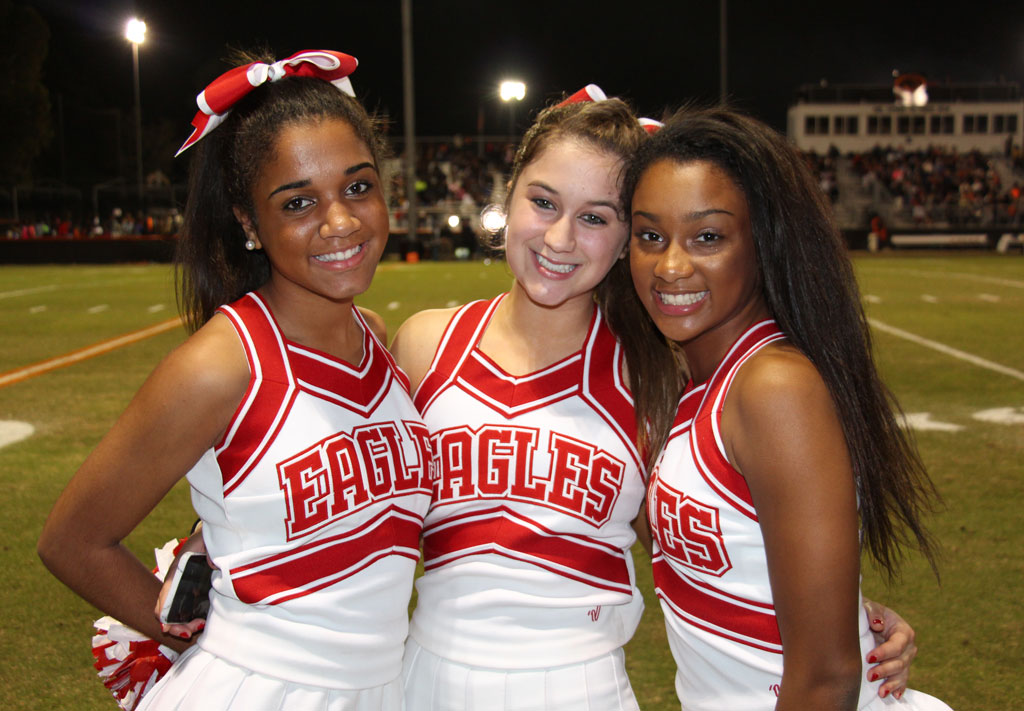 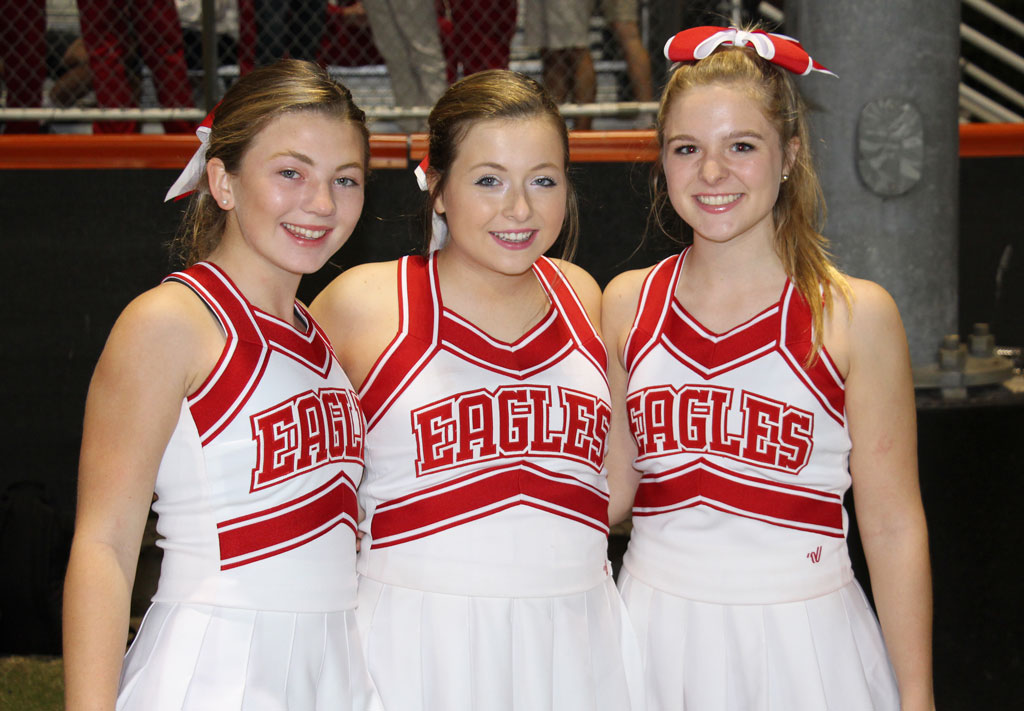