John Rathmell ‘75 operates from a prominent posture of prestige, the president of Lockton Marine & Energy at Lockton Companies, part of a global professional services firm that has grown to become the world’s largest privately held, independent insurance broker.

His professional rise was in response to the country’s most unspeakable catastrophe, instrumental in restructuring a recovery plan to unprecedented loss.

The deep introspection to his broad swath of success and unshakable ethics, both professionally and personally, reflects his four years at St. Thomas.

“What remains most vivid and relevant to me today are the relationships,” Rathmell says. “The Basilians who made up most of the faculty, a great group of friends who crossed ethnic and financial lines. I grew up in River Oaks, attended St. Anne’s (Catholic School), was looked upon as the so-called rich kid. But there was a great acceptance throughout our student body, a fraternal community. I developed bonds with classmates, got to know parents and families, understand their experiences. It was enlightening academically and spiritually. Those years formed my foundation, the building blocks where I have stood in life.”

The sudden and massive terrorist attacks of September 11, 2001, paid a fierce toll on the American psyche, tragic losses in human life and devastating consequences on the global insurance sector already absorbing a number of stressors.  The cataclysmic event created the largest industry losses in history. The massive compensation – unmatched in scope and mix of programs – resulted in a financial disruption dramatically broad and impactful.  Risk managers were expected to develop new skill sets to counter spiking trends including improved policies and preparedness that would dampen the intended effects of future strikes.

Rathmell was recruited to Lockton by Tim Kelly, the leader of its Texas property-casualty operations. He identified in Rathmell an acute professionalism and technical acumen that made him an ideal leader to serve a host of domestic and international marine energy clients. 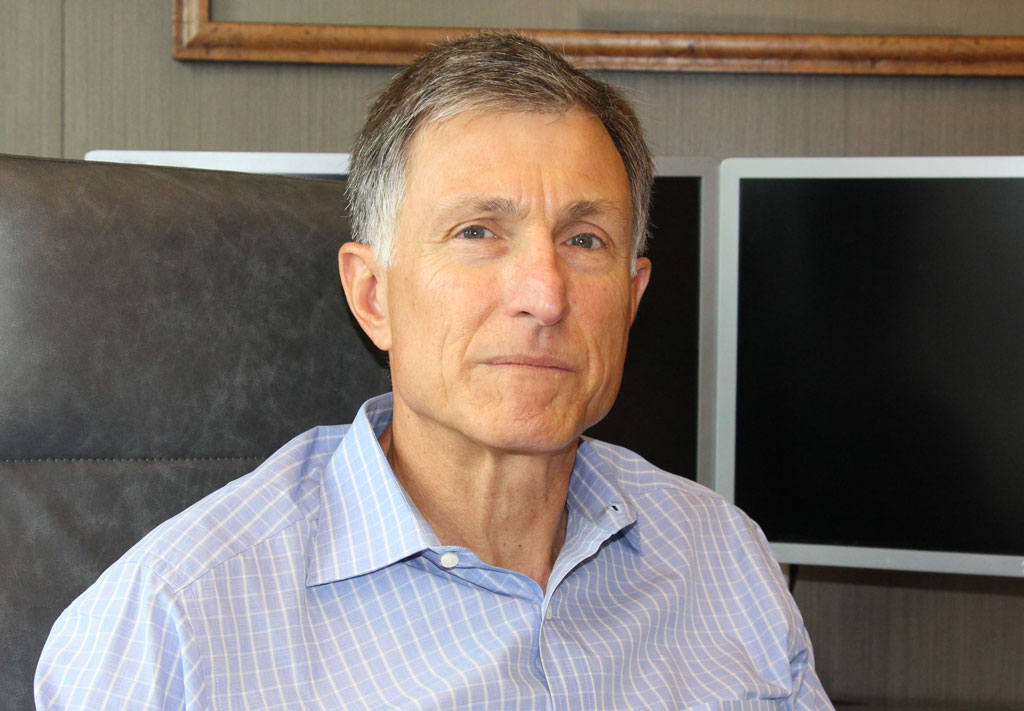 Rathmell quickly assembled an accomplished and highly experienced team of specialists with the plan of bringing leading-edge solutions to that specialized market.  The two-decade results have proved stunning and stirring.

“A great ride to say the least,” Rathmell says. “We came on the scene at a time when there was a recognizable need. We put this group together and there was an internal combustion, the right mix of people with deep relationships and the exact expertise. We met a pent-up demand and uniquely delivered solely on the client’s best interests.”

Rathmell embraces the Lockton corporate belief that its success is predicated on the strength of numbers – attract the best talent available, foster a culture of accountability, clearly define expectations, provide the freedom for the talent to flourish and then unleash.

“All the pieces have certainly come together … a private company starting from ground zero … no clients … a blank slate,” Rathmell says. “The changing landscape provided a limited window for us to get traction. We were new … no one was paying attention … and all of a sudden we were a force to be reckoned with. We quickly went from the hunter to the hunted. Competitors have targeted us … to be like Lockton … to beat Lockton.”

Rathmell pauses momentarily, relishes the import of such a statement, then suggests with a smile “that’s when you really have to start working hard.”

In helping build and sustain a brand that has become the standard, Rathmell has unconsciously adopted from the Chinese philosopher Laozi who said, “A journey of a thousand miles begins with a single step.”

Rathmell champions the depth of such due diligence, the value of consistent laser attention on executing the daily priority without overt concerns for the eventual final result. 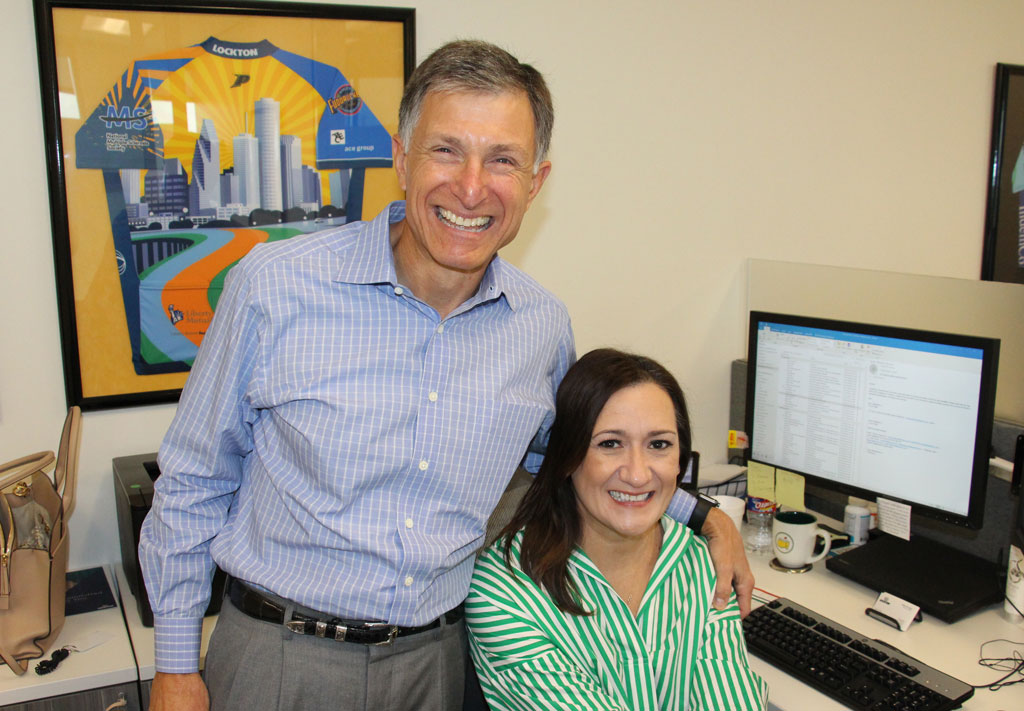 “I never thought of myself as an entrepreneur but intuitive qualities have surfaced in this environment,” Rathmell says. “More than anything else I only hope to be a good example. Arrive early, stay late, work hard, do what is right for those who are excelling within the group. I want to promote and share what we accomplish together. Initially, we pulled in proven performers. They left comfortable positions for an unknown because they shared and trusted the vision we presented. They have become the pillars of our achievement. I want to deal with issues and obstacles to allow them to manage the process. And to see our position in the market is very fulfilling and at the same time humbling. We’ve been blessed.”

Rathmell’s undergraduate years intersected with the down days of Darrell Royal … the thundering tour de force emergence of Earl Campbell … the uprising hoopdom of Abe Lemons … dizzy nights at the Soap Creek Saloon and Broken Spoke … chicken fried frenzies at The Stallion … Willie, Wayland and a host of cosmic cowboys and redneck rockers giving birth to outlaw country … when counterculture was popular culture. Politics through protest. Onward through the fog.

In the midst of unrest, Rathmell graduated and chose to follow a traditional business path that paved the way to his stellar distinction leading to, and continuing with, his breakthrough at Lockton, a driven career marked by relentless commitment and unquestioned measurable returns. Yet no achievement has proved as rewarding as reconnecting in the last decade with his St. Thomas roots.

Rathmell played an integral role in the 4500Forever capital campaign, the most ambitious in St. Thomas history raising more than $60 million dollars for a property acquisition to expand the campus north boundary. He has also continued on the school’s Board of Directors following his emphatic tenure as president from 2014-17. 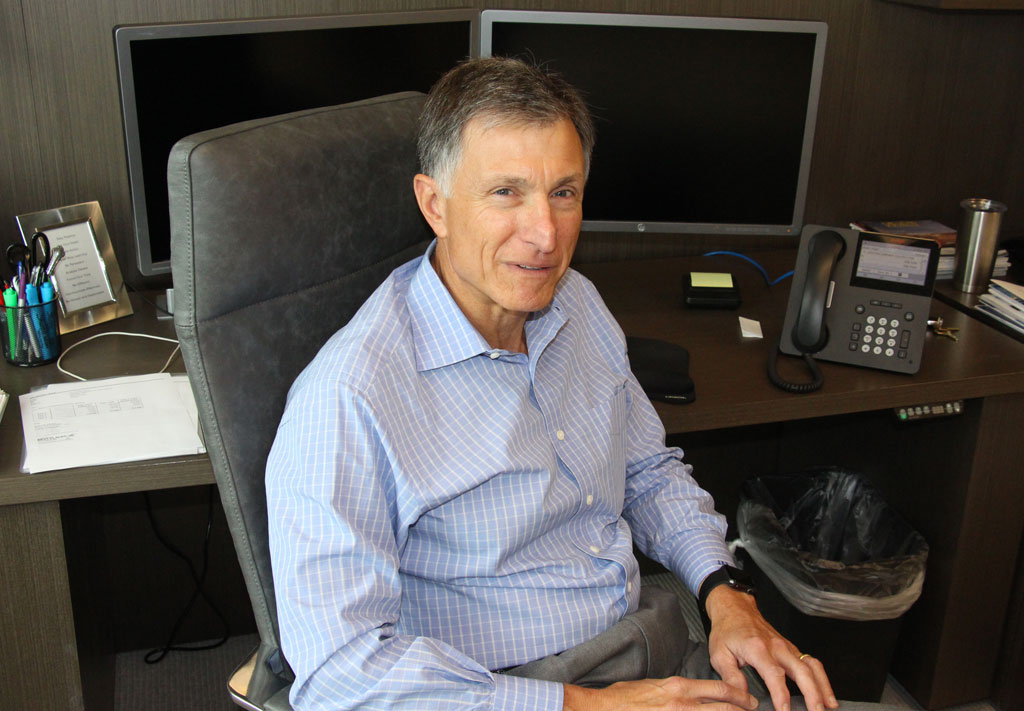 “When I looked at my life a number of years ago, I recognized that St. Thomas clearly had a great influence on whom I became as a person,” Rathmell says. “I had to give back. It was important for me to become more involved with the community, establish new relationships with the Basilians. And now through the property purchase and fundraising, my long-lasting friendships are even stronger and more powerful, just a wonderful and deeply rewarding experience. I tell people I’m from St. Thomas. I wear it like a badge. I couldn’t say that with confidence if I wasn’t giving back to the school.”

Rathmell believes the rich heritage of Basilian education is as dynamic and essential now as during the volatile ’70s of his youth, as when the institution was founded in Houston in 1900 – educating young men, allowing them to grow in their faith and put that faith into action in the service of others. In essence, live the ethos of Teach Me Goodness, Discipline and Knowledge.

“Every time and place is different but St. Thomas remains critically important to the broad spectrum of families it serves and this city as a whole,” Rathmell says. “A Catholic all-boys institution in the heart of Houston where traditional values meet contemporary times … that is St. Thomas. I see students today not that much different than I was, forming a belief and trust in faculty, coaches, mentors. That purpose is why so many of us fought against long odds to enhance the school’s future into this next century. We all want the next generations to benefit from the same faith-based experience we were afforded.”