The wide-eyed son of a carpenter started with a vision that resulted in designs. Literally. For his career. For his life.

Arturo Chavez ‘85 embarked into a world where so many different cultures operate at the same time, each with their value system. To become relevant, he would need to be open to an enormous multiplicity of interpretations. The old-fashioned Western ‘this is’ ‘that is’ was no longer tenable. Rather, he must be intellectual and rigorous, but at the same time a relativist.

Arturo Chavez would emerge as the youngest managing principal in the prestigious 100-plus year history of architectural power Page Southerland Page.

Seeds were likely planted when he was “six or seven years old, watching and working with my father. I loved to construct and draw and see how the various shapes all fit together. I was always sketching and assembling. I was enamored and never envisioned doing anything else. I had friends I went to grade school with who asked me many years later, ‘So did you become an architect?’ I did.”

The boy was mesmerized by the tools of the trade – stencils and scales, rulers and L-squares and measures, document tubes housing renderings that would not have been more captivating had they provided hidden paths to the Sankara Stones or the Crystal Skull of Akator. His journey crossed with art classes at St. Thomas and mechanical drawing lessons with Father Norbert Reuss, CSB. The student knew where he was headed.

Chavez continued at the University of Houston where he focused on an intellectually intensive curriculum. He continued to savor architecture and its language – platform, blueprint, structure – which would become almost the preferred vernacular for the future frontiers pushed by Silicon Valley.

The student prospered from an internship at 3D International and its architectural subsidiary Hoover and Furr. Chavez entered the marketplace armed with a substantial degree buttressed by invaluable real world experience just as Houston was ravaged by the 1980s oil bust and its worst recession ever, losing more than 200,000 jobs or about one in 12.

The graduate was painfully aware of the city’s dire economic straits. Chavez was less than enthusiastic that an opportunity would be extended when he was granted a consultation with the firm’s senior principal Norman Hoover, an influencer long before the notion of breathless beauty vloggers or wedding planning YouTubers hustling a hyper-saturated hyper-social world.

Hoover eased into the dialogue. “I understand you are looking for a full time position. I would be honored and excited if you choose us to begin your career.”

A humbled Chavez graciously accepted an offer as magnanimous as it was unexpected … a launch to the outer reaches of his boyhood dreams … and more. “It was a great lesson on how to treat people with grace and dignity under all conditions.”

The novice soon clustered his sense of confidence, freedom, and self-discovery in an atmosphere of fevered activity, a round-the-world, round-the-clock endurance sport where the studio served as an arena and the due diligence demanded could be free spirited and open ended, or ad hoc. 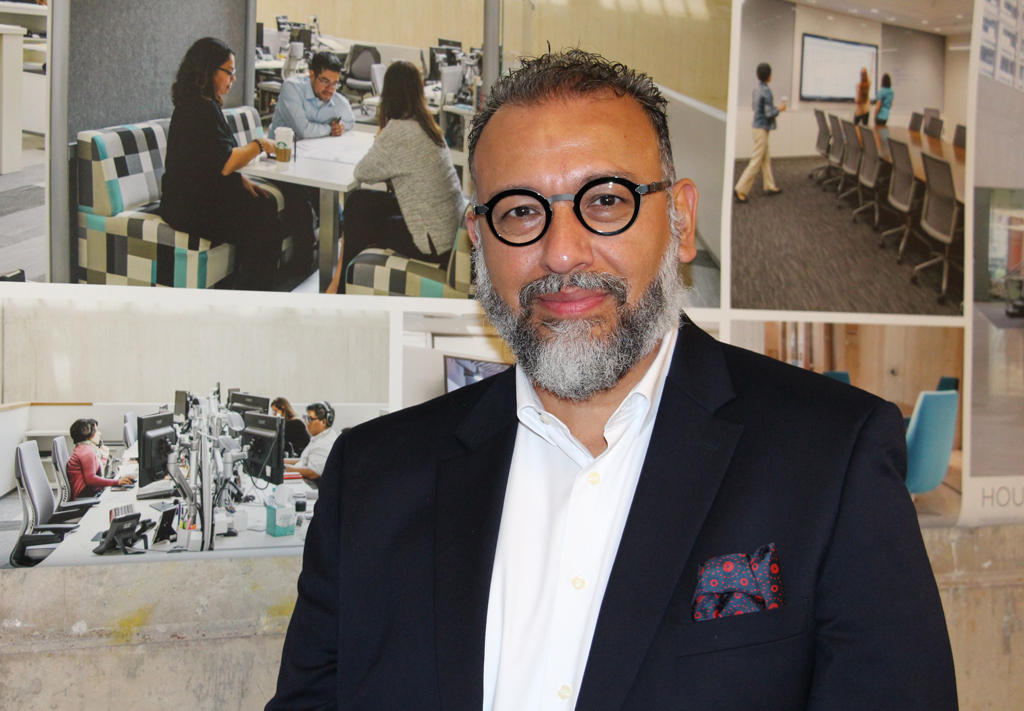 As the architect honed his skill, he was particularly proud of his input and impact on the George H.W. Bush Presidential Library at Texas A&M University – from early planning to detail design to production documents. But before its completion and 1997 dedication, Chavez was presented with a second career altering crossroad – a chance to follow mentor and senior principal John Cryor who had joined Page Southerland Page. At the time the option meant a transition to a smaller, less emphatic brand but with a promise to push architectural boundaries, excellence employing science and craft, designs that made lives better.

The architect weighed the risk/reward with a resounding, “I’m going to do this. I want to be a part of a movement.” And he proceeded to carve a signature identity in a discipline that stands with one leg in a world 3,000 years old and another in the 21st century, an almost ballet-like stretch that makes the profession one of the last that holds memory. If the mission is not creating, then it’s protecting what already exists, in either instance paying homage to earlier cultures and mentalities to which a new dimension, a new function, a new aesthetic is achieved. 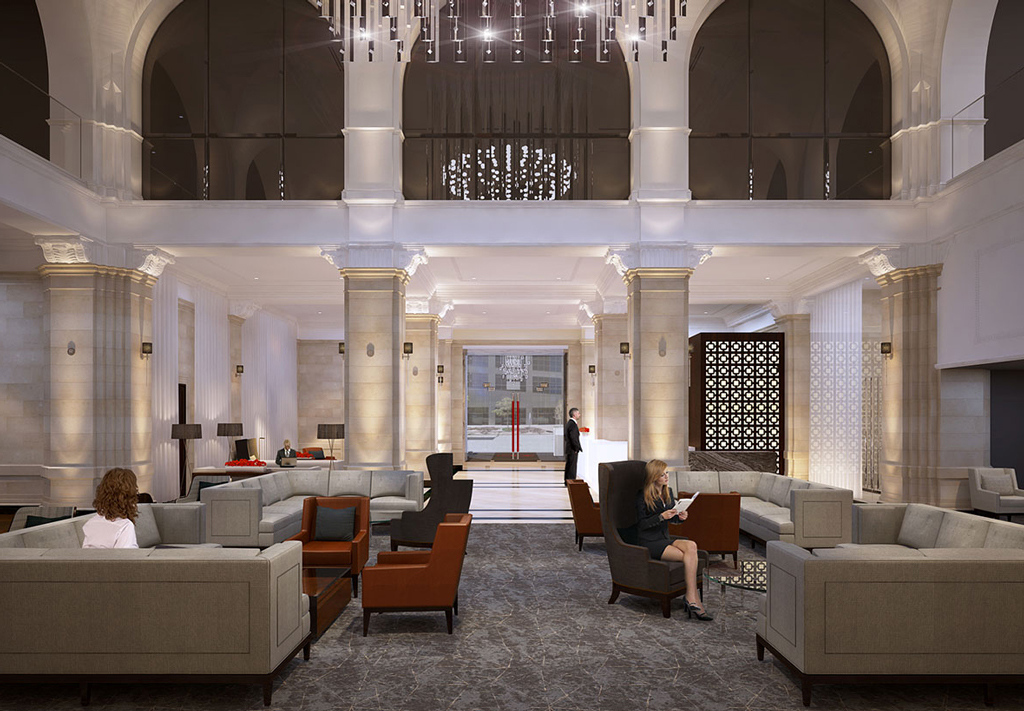 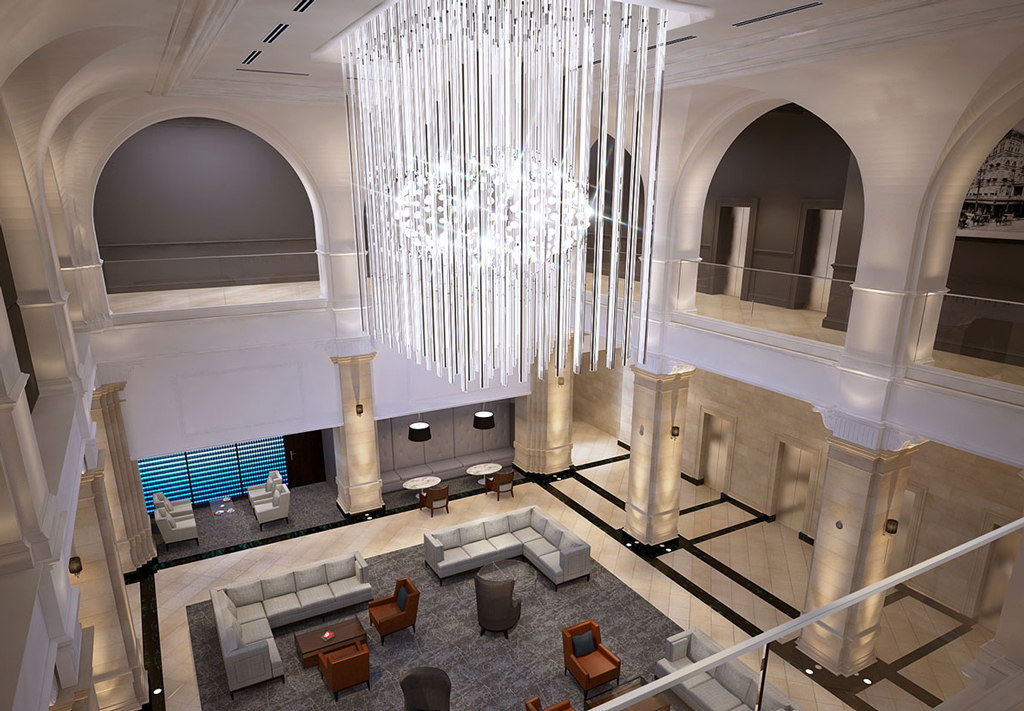 Arturo Chavez matured into one of the nation’s most accomplished master-plan designers, with more than three decades of experience in global project work. He played a significant role in the revitalization of Houston’s center, including the renovation of the historic Rice Hotel (above) and influenced the city’s development through other ventures. No rigid precepts – each building unique from the last depending on the site, the client, and the mood, in complete harmony with itself and its surroundings while assuredly a process distinctively embedded with community involvement.

As chairman of the East End Foundation, Chavez advanced preservation and enhanced appreciation for this aspect of Houston’s cultural heritage. Under his leadership, the area was designated a Cultural District by the Texas Commission on the Arts. 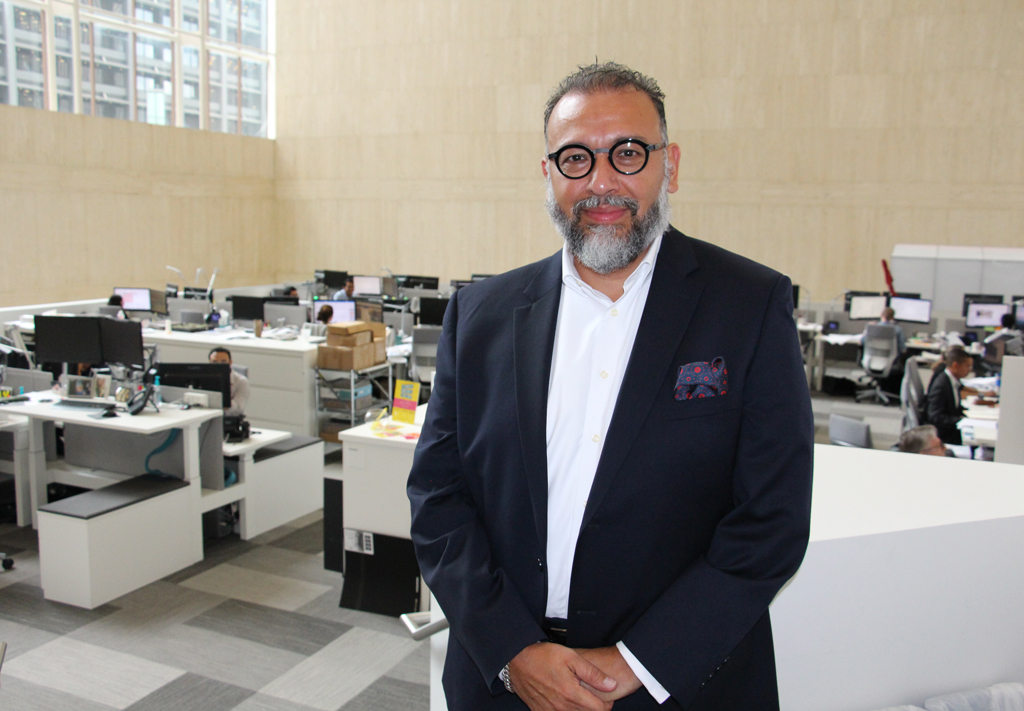 The architect remains “extremely proud of what we’ve been able to accomplish with our partners and principals.” And since his arrival he has witnessed Page deliver on that anticipated growth, tripling its staff roster, and expanding its brick and mortar presence from Houston, Dallas, Austin and Washington, D.C. to Denver, Phoenix, San Francisco, and Dubai.

In 2005, Chavez recognized a shift in the architectural landscape. He fully embraced the idea of Page serving as a laboratory where both the firm and flood of rising design talent would continue to mutually benefit in an ongoing dialectical way, mixing and matching a virtuosity of interpretation. The architect’s evolving role suggested channeling his expanding strengths into managing teams, fostering client relations, and recruiting, nurturing, and retaining the next wave of cognoscente, serving as a steward in an office seamlessly networked into the rest of the world.

The senior principal assumed an active position in a restructured leadership pyramid less steep. Chavez is currently training his focus on expanding Page’s presence in Latin America. In December 2018, he spearheaded the firm’s formal opening in Mexico City where their significant works date to the design of the U.S. Embassy in 1965. 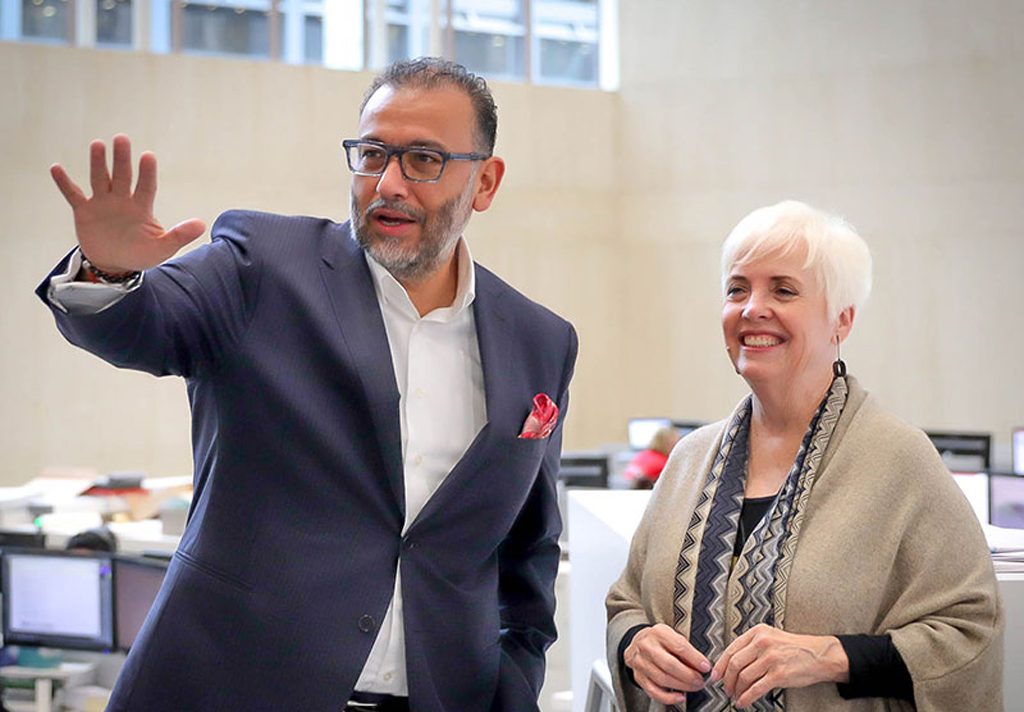 The pay it forward advocate shares his extensive expertise by returning to the University of Houston’s Gerald D. Hines College of Architecture as an adjunct professor. The commitment includes an endowment from the Page Southerland Page Foundation – the Arturo Chavez International Studies in Architecture Scholarship funds study abroad opportunities for Hines College students. Chavez is a cherished inductee into the University’s Architecture Alumni Hall of Fame.

The always architect at heart sees clearly and speaks plainly.  And whether constructing highly complex contours or incorporating massive scale monolithic walls, his internal designs are firmly governed by the ageless Basilian values of goodness, discipline, and knowledge. 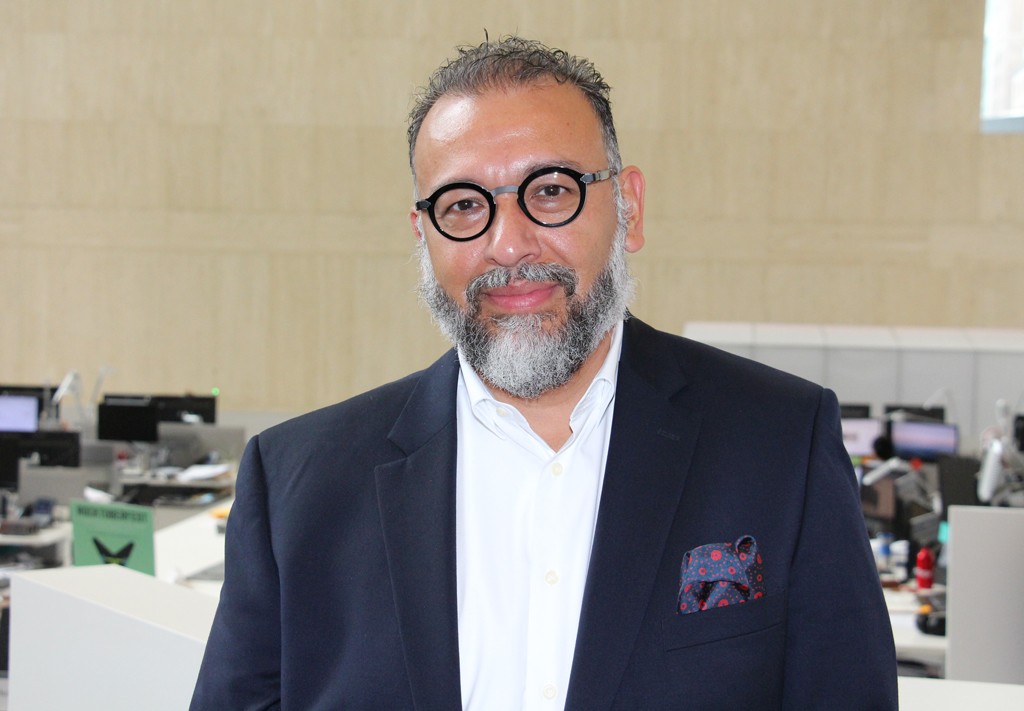 “It certainly requires discipline to have awareness for morals and ethics … and that should be first and foremost in all that we do personally and professionally. Knowledge carries beyond facts and expertise. It’s knowing people and leading people to provide excellence, learning how to learn from others. Most education surfaces not in the labs but in the corridors where people meet and conversations take place and interactions percolate. Always look in the mirror and also in the rear view. How did you lead and teach to influence good?

“I often take time to appreciate friends and collaboration. So much can be said for treating people fairly and honestly so that there’s no misconception. I believe we are all responsible for our brand and image. Do we conduct ourselves to leave others with the desired impression? It’s a self-awareness that we often learn later in life. But if we treat others with equal respect all along the way, life tends to return those acts favorably.”

Lately, the boom in technology has revolutionized all architectural practices and morphed the mechanical vision – touchable holograms, virtual and augmented reality, automation. Yet, the computer is like a pencil, only as good as the person. 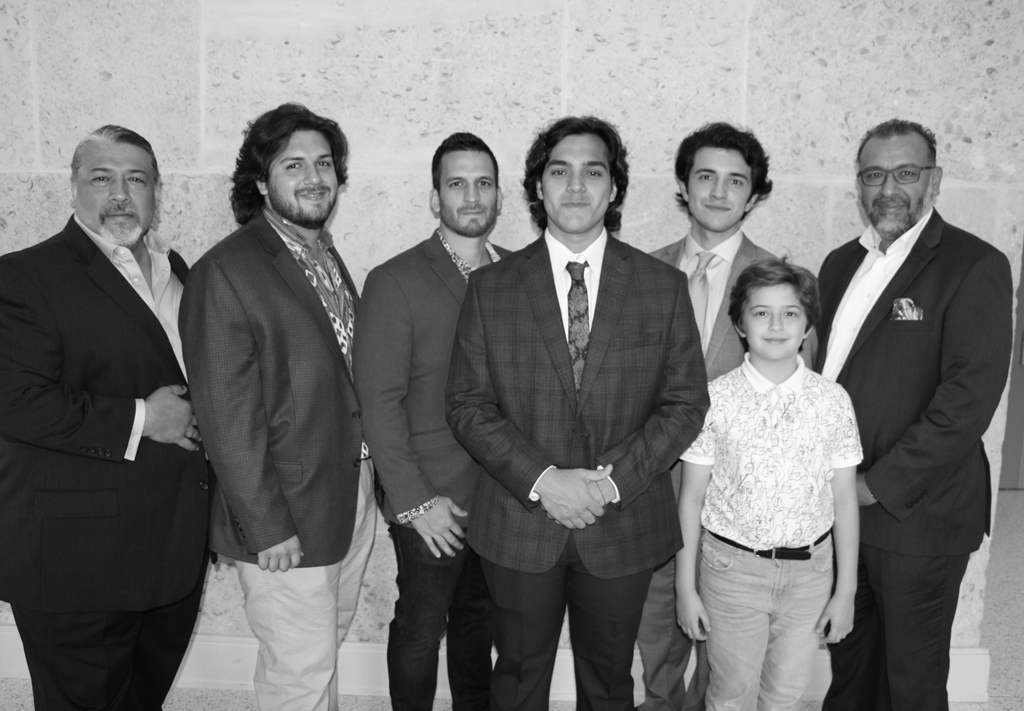 The once and forever Eagle remains grounded in his St. Thomas roots that run deep and secure. A son Matias ‘13 enriched the Chavez legacy which his brother Marciano anxiously plans to continue in the class of 2028. Brother Sal ‘83 and his sons Alejandro ‘13, Vincente ‘10, and Ivan ‘19 further entrench the family’s strong ties to Basilian formation.

Chavez also appreciates a continuing connection with brothers Carlos ‘84 and Michael Bolullo ‘85. The three gathered in September at the Toronto Film Festival and reacquainted with attorney turned filmmaker Kayvan Mashayekh ’85, who is the co-chairman of the International Committee for the Producers Guild of America, the world’s largest trade organization of producers in film, television, and multimedia.

The long nights and early mornings reaffirmed to Chavez the power of the Eagle brotherhood. 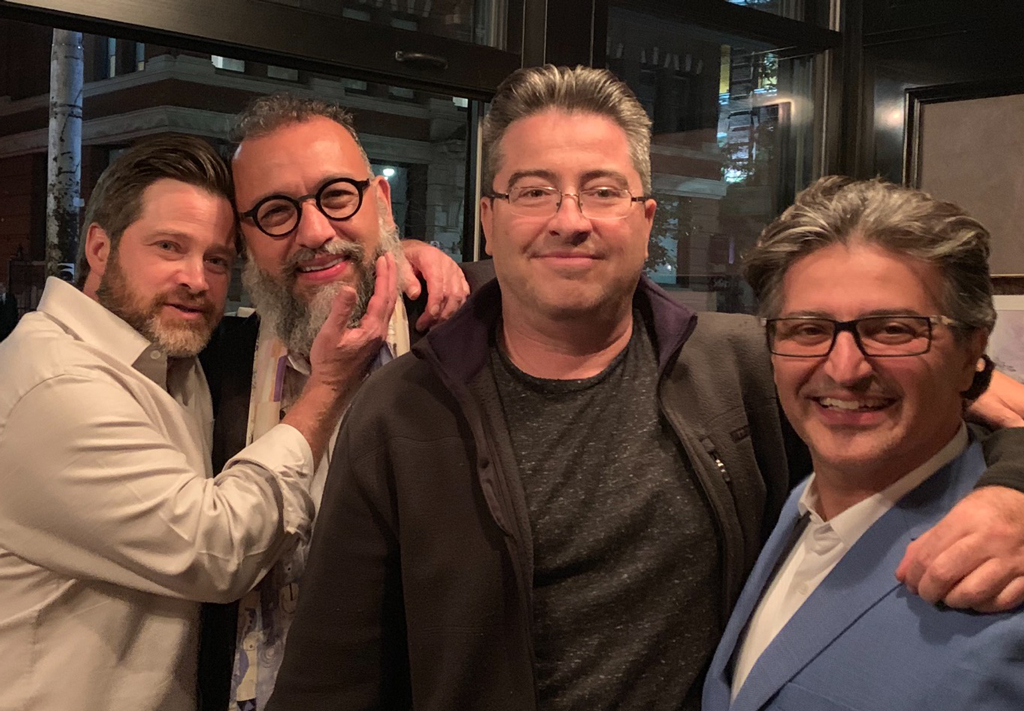 “We didn’t realize how much we missed each other. The wine and the tears were flowing. We were all left wondering why we missed out on so much together the last 15-20 years. Wow. The next trip is already planned. My advice is to never allow your friends to separate.

“The academics at St. Thomas were valuable and made for well rounded, interesting, engaging young men moving forward. But most importantly … what is the longest lasting … is the fraternal aspect. I would encourage the current students to put their guards down and get to know those outside the group they’re comfortable with. Accept that you will learn from that encounter and promote good from people who you otherwise would not know. I am so thankful I have done that throughout my life.”